We launched Lunges and Lycra in 2012 after becoming more than a little bored of male-dominated sports pages so we obviously reckon that Women’s Sport Week is a pretty awesome idea. If you haven’t already heard all about it here’s a round-up of what it is, what we’re doing to support it and how you can get involved.

Women’s Sport Week is 7 days from the 1-7 June to celebrate, raise awareness and increase the profile of women’s sport.  The week is being led by Women in Sport, supported by National Governing Bodies, Sky Sports, the BBC, Sport England and supporters from across the sport sector.

What are we doing to support women’s sport?

We’ll be shouting about it on social using #WSW2015, buying our tickets to some awesome women’s events this summer and finally we’ll be trying some new sports. On Thursday 4th we’re off to learn how to kick a ball at an FA Just Play session at Kennington, London – come join!

What can you do to help us to make some noise and support women’s sport?

Keep an eye out on www.womenssportweek.org  for some of the highlights of Women’s Sport Week, and join the conversation on social media using #WSW2015.

Sign up for the #WSW2015 Thunderclap  to support a call to get more women’s sport in the media https://www.thunderclap.it/en/projects/26861-women-s-sport-week-wsw2015

Check out www.womenssportweek.org for a round-up of what to watch and buy tickets to this summer. Check out www.thisgirlcan.co.uk to find out how to get involved in a new sport. 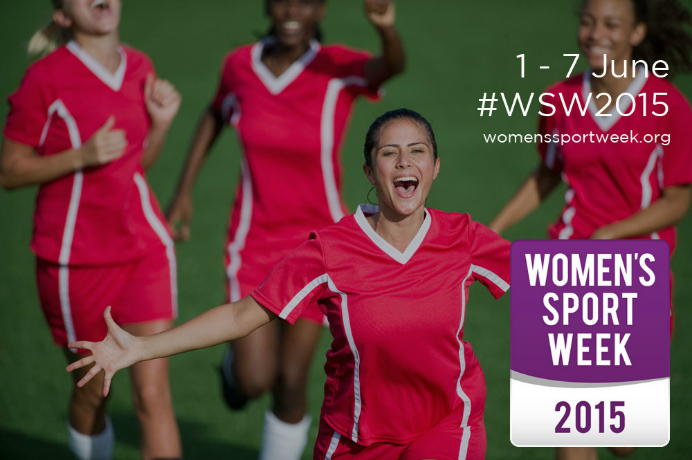 Finally let us know how your supporting by tweeting over at @lungesandlycra.

You’ve heard about our Summer of Sweat discounted pop-up events and fitness packages haven’t you? What, you haven’t? Then check out www.summerofsweat.co.uk immediately and…