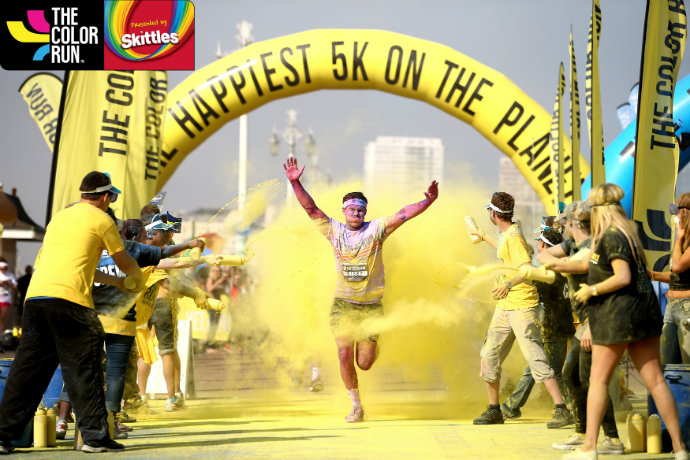 We’ve teamed up with Skittles to give away 10 tickets to The Color Run in London on 4 September. Winners of The Color Run competition get to take a mate. It’s going to be awesome!

Summer’s here and that means the Color Run is back in London town. It’s time to get your mates together and laugh your way round the 5k course pelting each other with multi-coloured powder paint and joining in the huge party at the end.

We’ve done the Color Run a couple of times now and while it’s certainly not a run for speed – you’ll be lucky if you can run for more than a few paces without  getting a face full of paint – it’s definitely one for acting like a massive kid, taking loads of pictures, and getting funny looks on the tube on the way home.

Charlotte (middle) during The Color Run a couple of years ago

We’ve teamed up with Skittles to offer 10 winners and a friend the chance to take part in the original, happiest and most colourful fun run, The Color Run, on Sunday 4 September in London.

If being showered by rainbow colours isn’t enough, the lucky winners will also receive a bright Skittles hoodie.

For your chance to win this awesome prize, answer the following question and enter your details below. Good luck!

Which is your favourite flavour Skittle and why? (Ours is lime because it’s sour so it makes us pout) 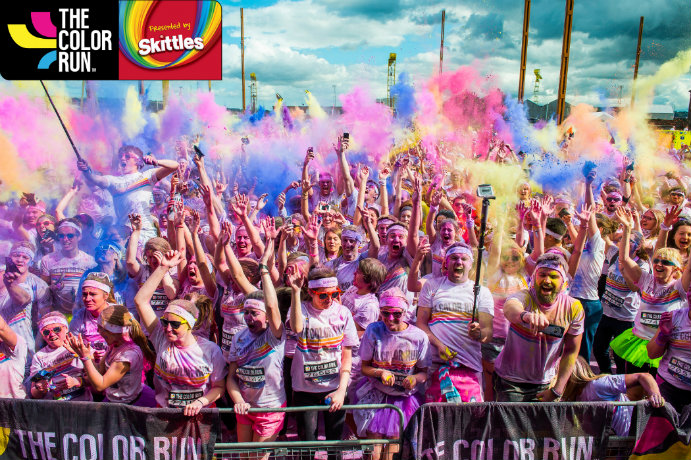 PLUS: Win a trip to the Skittles Color Run in Los Angeles

Skittles is also giving The Color Run fans the chance to take part in the happiest 5K on the planet in one of their coolest locations – Los Angeles!

Thanks to Skittles, you and a friend could win the chance to stay at one of LA’s top hotels for five nights and will even get to see the sights in your own retro convertible car for a day. Buckle up, throw on those shades and let the LA breeze swoosh through your hair! The fabulous prize also includes two tickets to a fun-filled night at The Comedy Store or tickets to the colourful Getty Museum, plus $400 to help with some retail therapy.

To be in with a chance of winning, head over to the Skittles Facebook page and leave a comment on the competition post, telling Skittles who you’d take to the Color Run and why, using #RunTheRainbow. 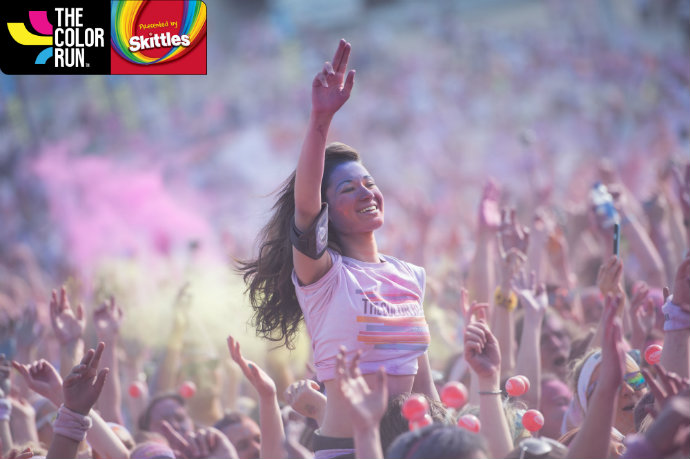 And don’t forget, if you’re taking part in any of the UK Color Runs visit Skittles at the Finish Festival to get your hands on a FREE sample.

The LA competition opened on 09.03.2016 and closes at midnight on 30.09.2016. It is open to UK residents (England, Scotland, Northern Ireland and Wales) aged 18 and over.  Terms and conditions apply – visit wrigley.com/uk for full details.

This competition is sponsored by Skittles.

Sweaty, strengthening and acrobatic, AntiGravity Yoga is a much tougher workout than you may think. Apparently Gwyneth Paltrow is a fan but don’t let…