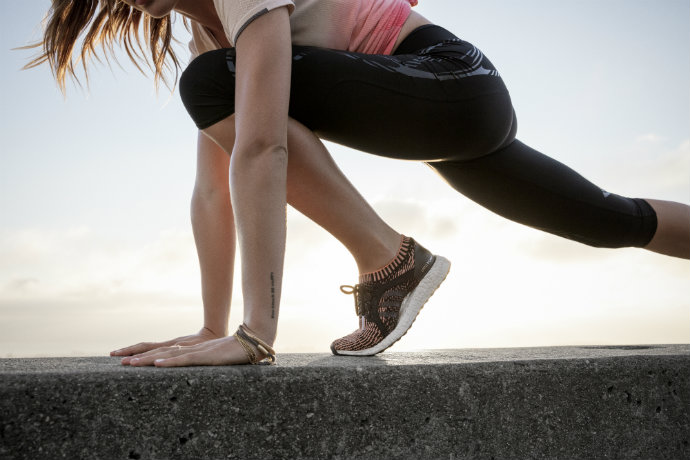 Adidas’ new female-only runners may be the ‘It’ shoe of the moment on Instagram, but what’s the UltraBOOST X like to actually run in?

If you’re female, have a social media account and have ever shown a glancing interest in anything fitness, you’ve most likely seen one of the newest trainers on the block, the Adidas UltraBOOST X popping up on your feed. 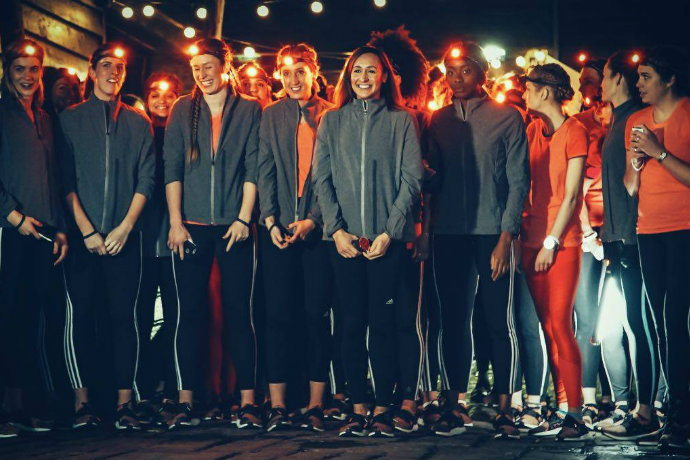 But now the smoke and hashtags have cleared, it’s time to get to the crux of the matter. They may look good on Instagram but are the UltraBOOST X any good to actually run in? Here are our thoughts. 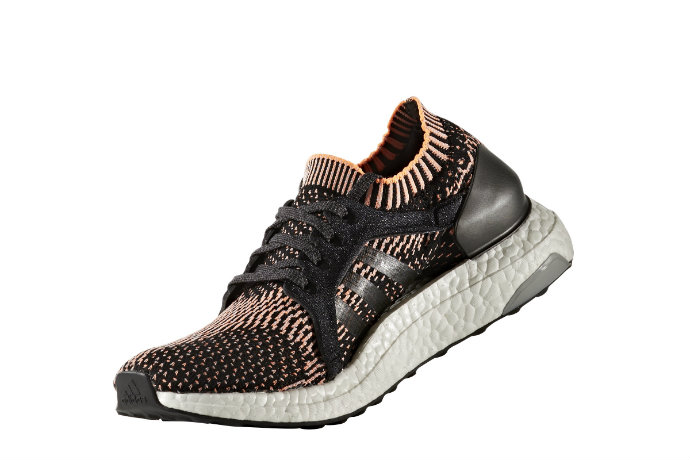 The latest addition to the Adidas BOOST family is a hybrid of the PureBOOST X (the first of their shoes designed solely with female feet in mind) and the super-cushioned UltraBOOST, whose bouncy sole has been devised so it doesn’t pack down over time.

As with the PureBOOST X before it, Adidas analysed the way female runners’ feet move and change during a run, and designed a shoe which, theoretically, adds extra support and room for expansion where needed.

Like the PureBOOST X, the UltraBOOST X (which I’m going to call UBX from now on because all these names are getting confusing) has a floating arch, essentially a hole under your instep where the shoe lifts up from the sole.

This arch, in conjunction with the wrap-around upper – made from a woven, breathable fabric called Primeknit – is designed to provide support and adapt and move with your foot as your run. As women generally have narrower heels, this is reflected in the shoe so there’s less slippage, and it’s all bottomed off with that springy BOOST midsole.

My first trial of the UBX was at the London launch, which I was invited to by online retailer Very. And there’s no denying they’re a good looking shoe. When I first started running eight years ago, you pretty much had one choice when it came to colourway –white with pink highlights. The orange and black is definitely an improvement, it just looks fast, and the shoes are light (approx 234g fact fans). But what are they like to wear?

Well, a lot of that depends on the width of your plates of meat. I have a high instep and wide feet (attractive I know), and although the UBX is supposed to hug the foot and  adapt to the individual, on a straight-out-of-the-box wear, I found the sock-like upper pressed on the bridge of my foot and the shoe was tight around my big toe mound (that’s the most technical name Google gave me for that knobbly bit on the side of your big toe).

That said, I always think finding new runners is like buying jeans, everyone’s perfect fit is different. All around me at the launch run, those blessed with narrower feet were declaring them the comfiest things they’d ever worn. But while the Primeknit fabric brings a touch more support and stability than the PureBOOST X had, it’s not as forgiving if your arches are high or your feet are on the broader side. 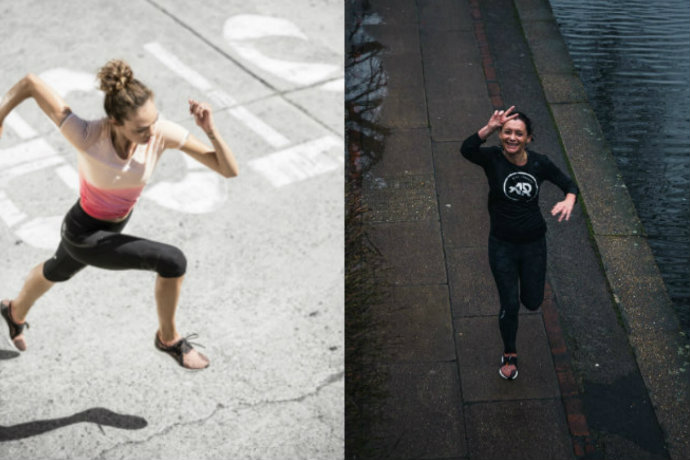 Who wore it best? Some model in San Fran or me with no makeup at 7am in the drizzle

Since that first run, I have worn the shoes on shorter and mid-length runs and a re-lacing has definitely improved the tightness over the bridge making them much more comfortable.

Although someone recently told me they ran a marathon in them with no problems, on a run of around 7 miles, as my feet swelled, they still felt uncomfortably tight around the widest point of my foot, which happens to correlate with the ending of the lace cage.

I went one size up from normal as I find Adidas’ shoes generally come up small, but it’s definitely worth experimenting with a few different sizes as sizing up again may have solved my tightness problem. And ditching the socks could help too, the breathable upper means they’re designed to be worn with or without. I’ve worn them sock-free in the gym but it’s been a bit wet and nippy to ditch them outside just yet. 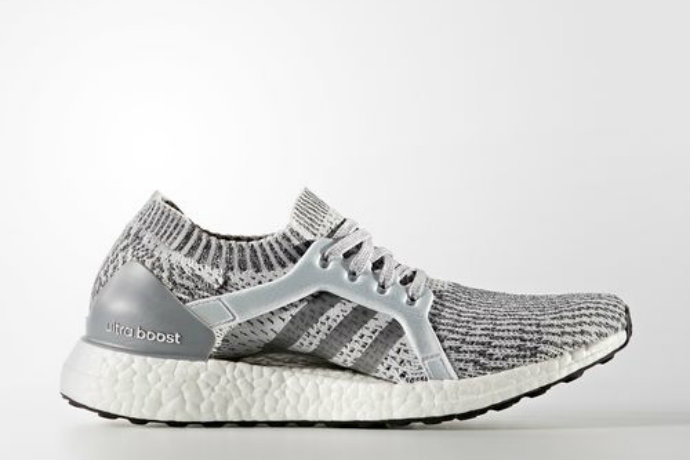 I’m a big fan of a BOOST midsole – it’s made up of loads of little pellets, which literally give you a spring in your step, but if you prefer to feel the ground as you run the cushioned bounciness of the UBX may not be your thing. Likewise, if you’re used to supportive stability shoes, you’ll likely find these a bit lightweight and lacking in support around the ankle.

One thing that everyone should like on this shoe though is the grip, I was always a bit wary of my PureBOOST X’s in the rain but the outersole here is made from Continental rubber – like the tyres – so you get good traction even in crap weather. Oh and that hole under your arch? Don’t even notice it’s there, which has to be a good thing right?

But now we come to the real stickler, the price. £130 is kind of ouch in most people’s books, but unfortunately a lot of shoes are going there. If you want to justify it, these are urban shoes in every respect. Designed for running on the road they’re also going to look good on the street, meaning you can wear them all day with your jeans and call it ‘athleisure’ or something. There are also two other colourways – black and grey – if orange isn’t your bag.

If you want to try before you buy and live in London, get yourself to one of the free Adidas Runners’ coached run sessions. There’s a shoe trial each run so you can take the UltraBOOST X for a spin and see if they work for you.

Have you tried the Adidas UltraBOOST X? Let us know your thoughts over on Facebook (our comments section is temporarily buggered).

We heard a rumour there’s some kind of cheesy celebration of love happening this month. F**k that shit, we’re all about sweating instead. Few…