Earlier this year I headed out to the Malvern Hills to be put through my paces by Xtreme Boot Camps. I’ve done other boot camps so was lulled into a false sense of security, little did I know this was going to be unlike any other. Here’s how I got on.

Malvern was  really easy to get to from London, just a couple of hours on a direct train from Paddington. The accommodation was a girl’s school a few minutes walk from the station, which Xtreme use during the holidays. It was quaint and homely but the bunk-beds helped give it a barrack feel.

As soon as I arrived I was greeted by James a recruit with the Royal Marines reserves and Adam an ex PTI in the Army. Our welcome talk included a clear briefing on the ‘rules of engagement’: ALWAYS report for action 5 minutes early, no back chat and no contraband. If we didn’t stay in line there would be punishments! The objective of the instructors was  made clear – to  push everyone to their own personal breaking point. This week was going to prove to  a test of not only physical but also mental resilience.

The group was made up of a real mix of different personalities and abilities. It was a pretty even split between men and women, with lots of different reasons for being there – from Callum, a doctor who had ‘annual leave to kill’ to Bill who was prepping from a 2000km cycle.

We kicked off the afternoon with military fitness tests – bleep tests, planks and push-ups – before being put through our paces in our first fitness session.

After the warm-up came the cool down. We were made to complete push-ups and planks in an ice cold, sludge filled pond. I found myself lusting after a wellness retreat in the sun! Wet, cold and pretty miserable we were put through an outdoor circuit which was clearly meant to set the bar and measure our mental strength before the challenging week ahead of us. That first session was a military style fitness session – a vague memory of endless sprints, commando crawls, lunges, press-ups and bear crawls. 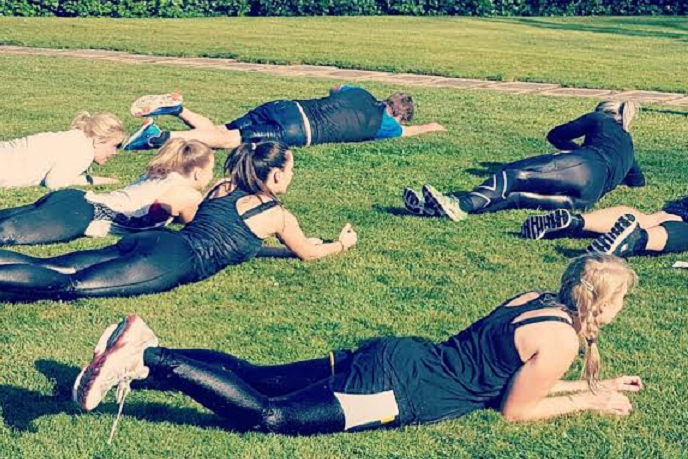 We then made our way back to the house in military style ranks, threatened with punishments if we were to fall out of step. After drying out we made our way to dinner where unlike other camps there was huge portions and we were encouraged to stock-up in order prepare ourselves for the rest of the week.

After dinner I set a 5am alarm, crashed out and was left dreaming about what day two might bring.

We started the day at 5.30am in ranks outside of our ‘barracks’, our morning routine from here on in. First session for day two was a very early morning run.

After a post run feeding, we kicked off another round of military circuits – hundreds of weighted sprints, burpees, grenades (an army style dive to the floor to avoid the line of fire), press-ups and tyre flips. We’d not quite mastered the art of performing as a team so it was a day filled with ‘punishments’ – for not being on time, for falling out of line, for not completing tasks on time, for not having full water bottles. The list of our misdemeanors was endless matched only by the number of press-ups we were made to do in return.

The day finished with more eating and more exercise. The evening sessions were either a Pilates or a core session with Sarah, another of the instructors. While they were by no means easy, they came as a lovely bit of respite from the daily beastings from James and Adam, if I could manage to stay awake!

Day three kicked off with a HIIT session and then went much the same as day two, only made harder by the fact that we were all absolutely broken. Unfortunately, while being ordered to do some grenades, I decided to use my face to soften my fall with my face. I was keen to keep up the façade of being ‘nails’ so didn’t immediately confess to my injuries. I took a load of painkillers and crossed my fingers in the hope it would magically get better. 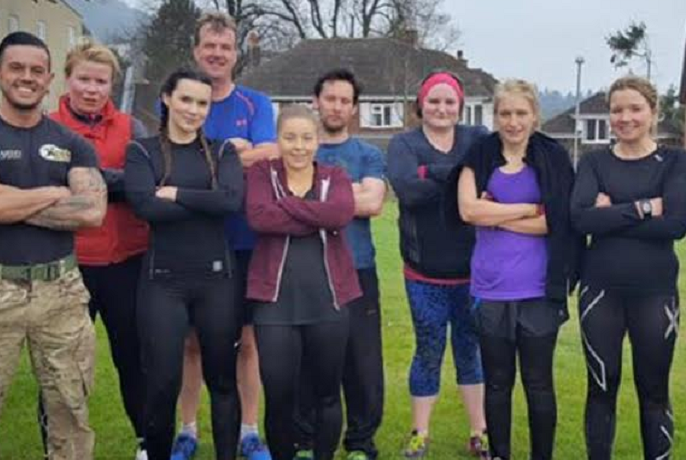 By the end of the day I was done, or so I thought. That is, until we were dragged out of bed in the middle of the night to complete a challenges consisting of 1000s of reps of our least favourite exercises – tyre flips, shoulder presses, burpees, press-ups, sit-ups, tricep dips and more. We would be allowed to go to bed when every single rep was ticked off the list. It was a very long night.

After a late night three hour test of our resilience you might think they would go a little easier on us, but no, there was no respite during our 5.30am circuits. By this point my face was agony and I’d realised that I’d actually managed to crack one of my teeth during the grenade. I made it through another military session but then asked Sarah (the most sympathetic of the instructors) if she would be able to take me to the emergency dentist. Turns out I wasn’t just being soft, I left a tooth down (luckily not a front one) which I’d need to get sorted when I got back to London.

On day five we were rewarded with an unexpected day off. We didn’t need telling twice and we headed off to the Malvern Spa!

It was quickly back to the realities of boot camp after a day of relaxing by the pool. We kicked off with more 5.30am circuits. After breakfast, there was however a nice surprise in store. We were headed for a hike through the Malvern Hills. While this wasn’t easy, it was by far my favourite session. The hills and the views were beautiful and we could spend some time properly getting to know the instructors and the other recruits.

Our final day, was just more fitness testing to check how far we’d come since the start of the week. I could barely move my arms but it’s amazing how many press-ups you can squeeze out when you’re in competition! After that, we said our goodbyes, hit the road and headed back to ‘normal’ London life.

Definitely not for the faint-hearted but if you think you’re tough enough it’s an amazing experience. I’m not quite ready for subscription but it’s left me physically and mentally stronger and it’s given me new team mates for life.

A massive thank you to Adam, James and Sarah for whipping me into shape and to my fellow recruits for making it an unforgettable week.

The newest running shoe on the Nike block is finally out and it’s certainly giving us come hither face. But does it run as…