Journalist Lucy Fry always thought triathlon wasn’t for her, but as more of her mates signed up for tris she decided to give it a go. And ended up completing five in a year.  She shares what triathlon can teach you about yourself

It is 8.50am on a summer Saturday and I’m treading water in a sulphurous lake just outside Newcastle. Here it is, the 30 second call from the microphone, signalling that I have just half a minute until this Olympic distance triathlon begins. It’s the fifth and final race I’ll be doing in this self-assigned rookie year in triathlon and I’m keen to smash my personal best 1,500m swim time, quite literally, out of the water.

I take one look back. It’s a mistake. There’s a shoal of yellow swimcaps behind me, all preparing to launch. Oh god, I think. I’m not the fastest swimmer – I’m going to get mauled by these guys and girls if they all swim over me. Why have I paddled up to the front? I could have been cautious – sensible perhaps – and stayed back. I might only have added an extra 30 seconds. A minute at the outside. Does it really matter? 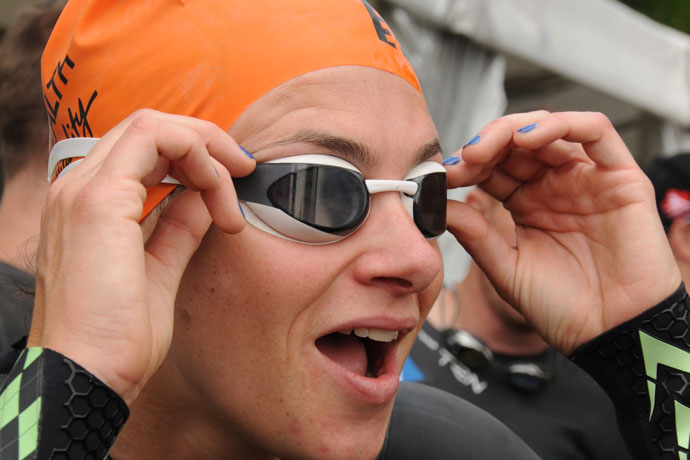 It makes competitive cyclists out of hesitant pedallers, and gritty runners out of jaunty joggers. But most of all, it helps us get to know ourselves

Oh yes, of course it does. Because that’s what triathlon does. It makes ambitious amateurs out of fearful floaters. It makes competitive cyclists out of hesitant pedallers, and gritty runners out of jaunty joggers. But most of all, it helps us get to know ourselves. And then, just when we think we’ve got the gist, it helps us evolve a little bit more. And more. And more. Until…

We’re a triathlete. Loud and proud. That’s what happened to me in any case. One minute I was reluctant to get my sinking body into the pool and then the next I was dreaming of sub 30-minutes for 1,500 metres. Pushing through the pain of three sports performed consecutively and in the shortest possible time. Testing out my mettle when it came to the jelly legs suffered after a long cycle ride, when the time comes to start running. 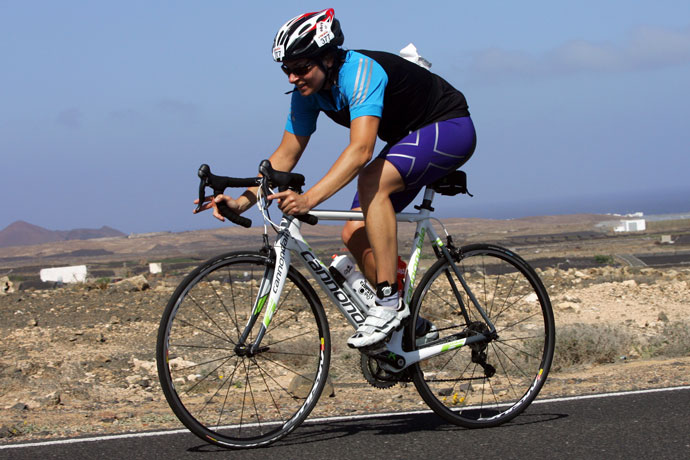 Yes, it hurts. But there’s some kind of freedom here – a chance to explore new parts of the self, and to find fresh purpose in something new. Triathlon is about more than just getting stronger or fitter of faster. This is about learning (new skills), striving (to improve) and communicating (that anything is possible via the determination to just keep going).

It’s about figuring out the negative thought patterns that run around your head, and just how malleable they really are. You might discover that you can beat them (or ignore them) if you wish. Somewhere in between locating them and conquering them, you might also work out why you haven’t yet chosen to discard them until now – they served you in some way.

But with competition, at any level, comes sacrifice; sometimes it’s hard to say goodbye to negative voices. Yet we must lose our inhibitions and put ourselves on the line – the start line – to get anywhere at all.

A slice of self belief began to grow over here. And a dollop of self-acceptance started forming over there

That’s what triathlon taught me really. Beyond the frequent swimming sessions, the long weekend rides, interval run sessions and the 10-day training camp in Lanzarote, it helped me to find pieces of me I’d never before managed to locate. A slice of self belief began to grow over here. And a dollop of self-acceptance started forming over there. Was that just the swimming, cycling and running talking? I don’t think so. 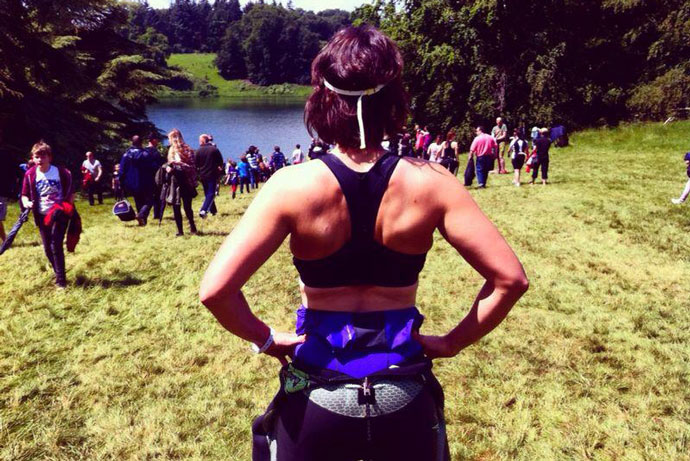 Triathlon is, for many, an insurance policy against apathy and stagnation. For others it’s a chance to make new friends and cross new frontiers. For me it was a journey inwards, as much as to far-flung locations for some of the events I did.

What could it be for you?

Run, Ride, Sink or Swim: A year in the exhilarating and addictive world of women’s triathlon, by Lucy Fry, is published by Faber & Faber (£14.99)

Two bank holidays, dancing round poles and loads of cool fitness events to enjoy. Yay for May eh?