Even if the closest you’ve ever got to army training was wearing combat trousers in the Nineties, that’s no reason not to give British Military Fitness (BMF) a try. In fact, here are eight reasons why you should:

1. It gets you outdoors

For now, it’s summer and being outside is a lovely experience (or it should be) – it’s all too easy to sack off going to a soulless, highly air conditioned room – the gym, if you didn’t get that – when the alternative is basking in the sun. But as BMF takes place in parks throughout the country, you can up your Vitamin D levels while you exercise. And you can always sunbathe/collapse afterwards.

Exercise can be a solitary, lonely experience at times; at some classes, the height of human interaction you’re likely to get is a scowl when you knock someone’s spin bike. But at BMF you’ll (breathlessly) talk to a lot of people – or, at the very least, find out what their name is. You’ll be split up into small groups and taken off to a section of the park with your army instructor, who’ll put you through your paces with a range of short, sharp activities – relays, piggy backs – most of these will be in pairs or small groups, and at each one you’ll be barked at to find out the names of those in your team and shout encouragement to them. You’ll rally together against the pain and likely make some friends, which is always a bonus.

3. It provides its own motivation

If you’re someone who manages to drag themselves out for a run, but gets a bit bored and ends up walking most of the way and instagramming pictures of flowers, BMF will motivate you to work harder. How? Picture a bunch of people in army uniform, with massive camo backpacks, shouting at you to run faster. You’ll run faster. Plus, for the competitive among you, a lot of the activities you’ll do are relay/racing based against the rest of your group, so your will to win is added into the mix, too.

4. Some of the army guys are hot

Sure, they’ll probably shout at you a bit, but that’s not to stop you admiring them from a safe distance… 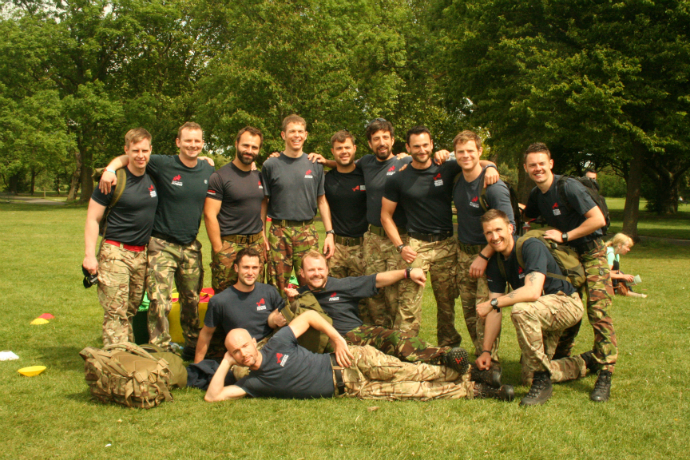 5. It’s suitable for everyone

You don’t have to be army-grade to go along. There are three coloured vest options that you’ll choose from at the beginning of the session; blue is for beginners; red is for intermediates; green is for advanced. Though, if you’re not comfortable or able to do a bit of sprinting and basic bodyweight exercises then you might struggle.

6. Your first class is free

Free. No money. There are more than 140 locations where you can rock up and give a session a go, so why wouldn’t you?

7. It’s a supporter of The Royal British Legion

The Royal British Legion gives help and welfare to national ex-servicemen, so it’s fitting that the BMF are a sponsor. It’s a great cause, and one the clubs will be fundraising for at their events. If you donate, you’ll get a snazzy VE day badge.

8. It could make you a Guinness World Record holder

When we went along to a session on 30 May, it just so happened to be National Outdoor Fitness Day, and to celebrate BMF were holding special sessions to break the Guinness World Record for the most people in one place performing jump squats for one minute. Cue around 400 people lined up in Wandsworth Common with burning thighs trying to perform this feat – and we did! BMF have a few fun things like that going on – there’s their Major Series obstacle courses coming up later this year, and a bootcamp holiday called Sunfit – that are well worth looking out for. 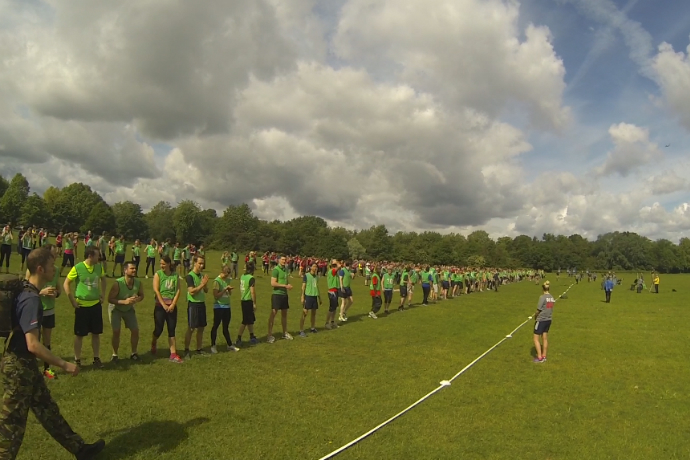 You get a free tech tee, training sessions and photos but at £4 a km, are the adidas City Runs value for money? We…