Thank you for being a friend! This week Lorna gets all gushy and reveals how learning to love running with others has had a positive effect on her training.

Name: Lorna
Age: 30
Goal: To finish better than last year!
Marathon history: One marathon under belt – London 2013. Finished in 4hrs 54 mins
What I learnt this week: All friends are amazing – running friends all the more so when training.

I’ve never been much of a team player and am generally not one for participating in group activities, which is why I think running suits me – I can do it when I like, for as long as I like, at whatever speed I like. Last year I completed all of my training runs alone, mostly because I was nervous at the thought of joining anyone and holding them back. I dipped in and out of a couple of running groups, but ultimately I didn’t enjoy them – I put too much pressure on myself and stopped enjoying the actual running. This time around it’s different – whether it’s because I’m just a little more confident, maybe I’ve stopped thinking that anyone else will judge me, or maybe I’ve just found the right people but I’ve found a love for running with friends – and it’s really helping with my training.

This started to click in the summer – I went for a run around St James’ park one August morning with someone I adore, someone who has been through good and bad times with me, and seen me through a decade of my life. This man has nearly 10 years on me, is fit (he’s a triathlete) and because of that we had never considered running together before. We were working together at the time, in the thick of a stressful week and had some spare time one Wednesday morning. Out we skipped, and I’m so glad we did. He let me set the pace and as someone who never likes to lose face I set off a little quicker than I should have – we made it around the 5km route without stopping (or dropping the pace) and were ready to face the rest of the day. We had a laugh, and ultimately grew a little closer as friends. I know that sounds strange but sharing that run added a new kind of strength to our friendship and gave me a new focus for my training moving forward – it was time to pick up the pace. I credit that run for getting me comfortable enough to knock a lovely 14mins of my half marathon best in October.

Running with a group 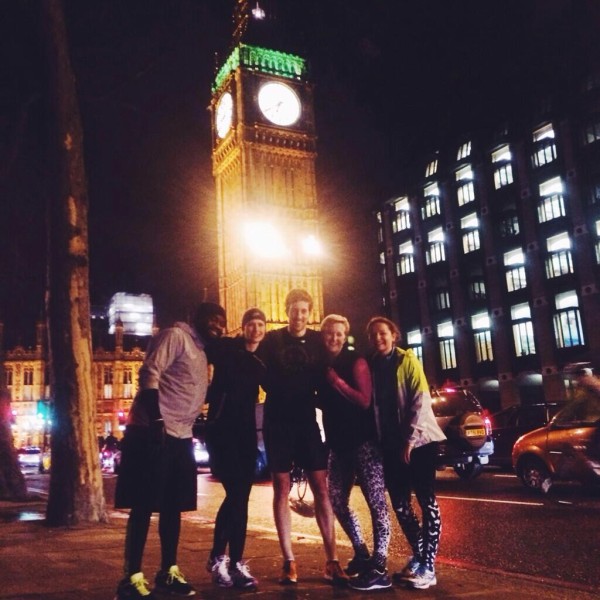 Since the New Year I’ve also shaken off my running group worries and indulged in running with a group – the Holborn Nike Running Club (I’ve mentioned how awesome they are in previous blog posts!). Although I hadn’t physically met one of the pacers with this group before I would most definitely call him a friend – Chevy has supported me for a very generous chunk of my running life, even if it was ‘from afar’ through social media. Having met him in person I can safely say he’s one of the most encouraging, kind hearted and hilarious people I’ve ever met – and an honest pleasure to run with. I instantly felt like I was running with someone who had known me for years (it was the shared obsession with Lycra that we bonded over I’m sure!). I use this 5km run as a mid week recovery run, and I look forward to it each week simply to smile through the three miles. Having someone bring out the best in you, and a group of people with mixed running abilities isn’t easy, but Chevy and the two other pacers with this group manage it easily. I’m proud to run with them all. 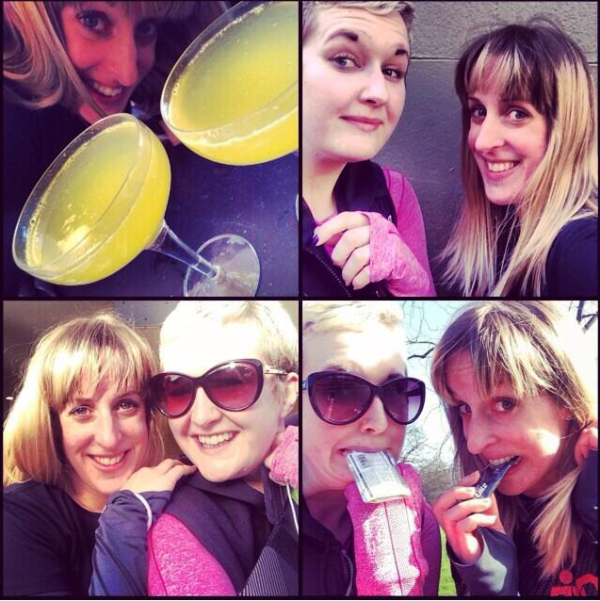 This week I also bit the bullet and committed to a long run with a darling girlfriend. Despite loving Hannah from the bottom of my heart, leggings and trainers I laced up on Sunday morning nervous – I had never ever run this far with company (we were running 14km together as part of my 24km run) and all my previous doubts were clouding my judgement – what if Hannah wanted to run faster than I was capable of? What if we ran out of chat? What if .. what if… what if..? Anyway, Sunday morning came, it was beautiful and as I ran the 10km on my own towards Tower Bridge I found myself smiling with every step – I couldn’t wait to see my darling friend and catch up. I was actually excited to run with her (we’d run in the same event previously, but not together) and I just wanted get there quicker! We reached our meeting point almost simultaneously and for the next 80/90 mins we laughed, we cursed the ‘green men’ of the traffic lights, we got scared of geese and we gossiped. It was quite honestly the best run I have EVER experienced (well, ok, it was just as good as my first marathon – but honestly, I mean that). Any worries I had simply disappeared – I didn’t give them a second thought. It was as if that run was meant to be, just as it happened. We ran at a respectable pace, we took breaks when we needed to, and we felt done and dusted at the end of it! Ms Duns I thank you for the bestest long training run in history. I defy anyone to have had a better one.

So there we have it, three friendship defining runs that are starting to define a new training plan for me. You know you’ve found a true friend when you forget any doubts you’ve had with your abilities – I’m so lucky to have found three who’ve not only helped advanced my running but made my life simply amazing just by having them in it!

Friday 31 Jan
60 min strength session with a personal trainer. This session focused on legs with a little upper body added in and sprints to finish. I was reunited with my old “friends” split squats and Romanian dead lifts. Walked away with a smile on my face, if a little knackered.

Saturday 1 Feb
30 mins of stretches and core work in the gym. Today was supposed to be a rest day but needed to move – should have just rested.

Monday 3 Feb
4km run on a treadmill to keep the legs ticking over. This was followed by 30 mins of sheer agony – in the form of a sports massage.

Lunchtime dynamic yoga with the ever amazing Choi at Goodvibes Fitzrovia. This was more of a challenge today – the hamstrings and quads just didn’t want to move.

Lycra of the week

They’re not for everyone but I’m IN LOVE… Nike Pro Magical Kaleidoscope leggings, £90. 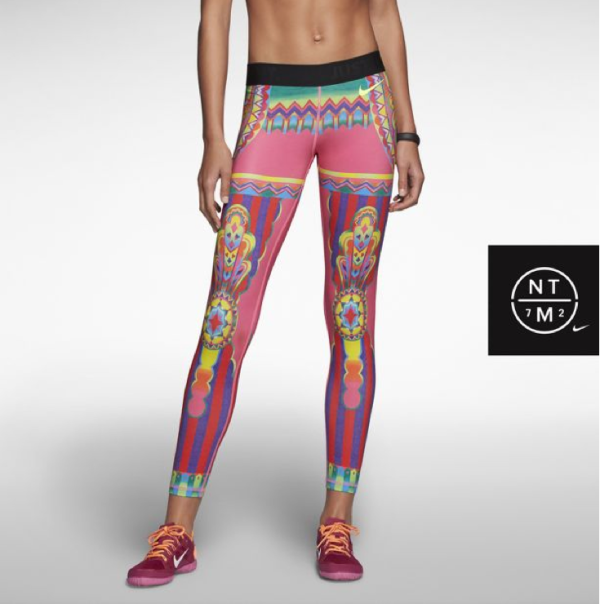 Forget cream-drenched set menus in crowded restaurants, enjoy this quick and healthy Valentine’s day feast with the one you love (especially if the one…