Meet the four L&L marathon bloggers each tackling the VLM in a very different way. Who else is running, let us know?! 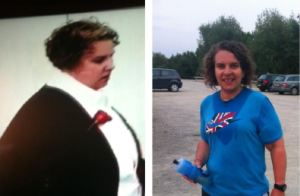 Abi is something of a hero of ours. She’s dropped 14 stone (yes, you read that right!)  since late 2010. And she’s done it through a combination of hard work, dedication and exercise. She started running in 2012 by jogging for a bit, walking for a bit and completing her first mile in just short of 20 minutes. The running bug soon got her and last year she completed her first 10k (persuaded by us, thank god she liked it!) followed by her first half marathon, The Royal Parks Half, in 2.50. As she says in her own words, ‘Discovering my love for running has changed my life. I never thought in my wildest dreams that I would be taking part in a marathon. Not bad for an ex fatty!’. This year she’s taking on the massive challenge that is the London marathon to prove to herself that she has the mental strength to fight her way round the full 26.2. We know she’ll do it, we’ve never met someone so determined. You go girl! 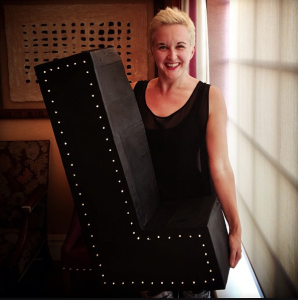 Lorna ran her first marathon, the VLM, last year in 4 hours 54 minutes. Having lost five stone she had recently discovered exercise and it was an interesting, empowering and bloomin’ emotional journey – there were A LOT of tears! She blogged all about it for us, and shared pictures of her rapidly expanding, ridiculously fabulous trainer and lycra wardrobe. Seriously, we’ve never met anyone with so many leggings! After shaving 14 minutes off her her half marathon PB in October, Lorna aims to take her learnings from last year and ace this year’s VLM with a PB. She’s training with a personal trainer and strength training is a big part of her programme so we’re looking forward to seeing how that makes a difference when it comes to tackling the VLM 2014. 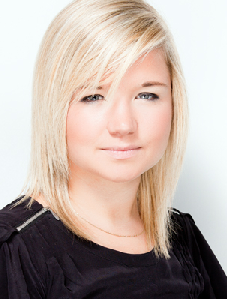 So over the last few months I’ve moved house twice, started a new job and tried to keep up the million and one other things I ram into my diary. As a result running has not been a priority. I have fallen off the wagon…with a BANG. With VLM round the corner I needed a miracle. That is this… a tried and tested three-day-a-week training plan.

Run a marathon on just three runs a week. Sounds too good to be true, right!? The training plan is developed by The Furman Institute of Running and Scientific Training (FIRST) and consists of one speed session, one tempo run and one longer run at the weekend. I’ve run London once before and it consumed my life. Friends, relationships and any other training were all parked, fuelled by a fear of not making it to the finish line. So the three-day-a-week plan means I won’t have to bin all the fun stuff off!

You can read Emma’s weekly updates every Wednesday from next week! 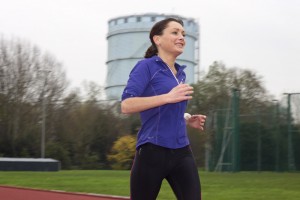 Jeez, I’ve given myself a tough task this year. I’ve previously run one marathon, Brighton in 2012, finishing in 3.46. This was just fast enough to earn me a Good For Age place in VLM 2013. Unfortunately though, I tore my calf about a month before race day (it hurt) and I couldn’t walk properly let alone run. Damn. I had to defer my place until this year but I also foolishly signed up the Outlaw Half ironman triathlon (that’s a 1.2 mile swim, 56 mile bike and a half marathon. I know!!!) on 1 June and a 2.5k swimathon in March, so I can’t just focus on the marathon training. I was pretty slack on the running front last year as I kept getting injured and so I’m hoping multi-sport training will see me through with less chance of injury. I’d like to come in under 3.45 but I’ve left it a bit late to start training so anything under 3.50 will do and I’m hoping all this training will stand me in good stead to go sub 3.40 in the autumn. An autumn 3.35 would be particularly lovely.

We’re BIG fans of nuun hydration and to spread the love we have a 10 tube bundle to giveaway to one lucky reader.