If you’re contemplating a challenge for 2015 I have just the thing to get you in the mood, a very belated write-up of last years Ride Across Britain including some things I learned along the way.

Three weeks after getting an invite from Adidas to cycle the length of Scotland and five weeks after I put on my first ever pair of cycling shorts, I arrived in John O Groats. I’ve no idea how I survived it but I did and it turned out to be my favourite event yet.

If you’re a regular reader of the blog you’ll recall that post Ride London we said “respect the challenge, respect the distance, don’t be a dick”. That’s all fine and good but the reality is I just can’t help myself. Two weeks later when I was invited to be part of Team Adidas for the Scotland Package of the Ride Across Britain I didn’t even hesitate before saying yes. With the promise of scenery like this how could I!?

Lesson one: Three weeks training for a 440 mile cycle is not ideal

So three weeks out from race day I started my training. Fuelled by fear I clocked the miles – including some emergency hill training in the Peak District, a cycle from London to Brighton and some commuter miles. The panic was slightly more tolerable thanks to all of the support from Team Adidas along the way. I also invested in a turbo trainer to clock up some extra miles…only problem was I didn’t get time to get it out of the box! Learn from my mistakes. Don’t try to cram 6 months of training into three weeks. Or if you’re going to do something with no time to train just accept that it’s going to be hard, shut up and get on with it.

Here are the essentials that made my Ride Across Britain kit bag: 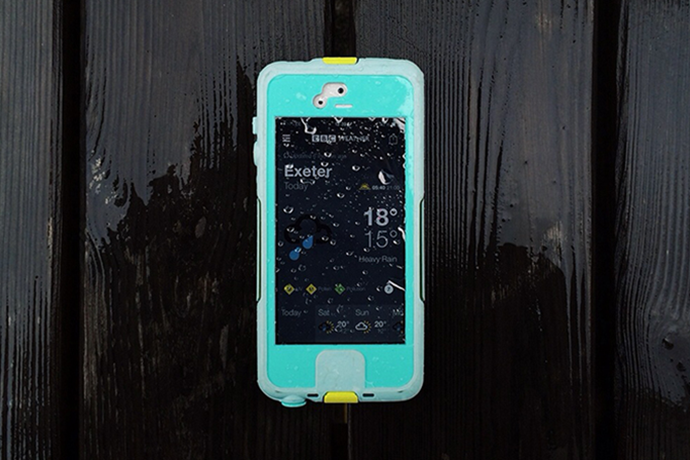 Cycling the whole of Scotland is actually a pretty long way. Here’s a very quick run though of where I ended up.

Day one, 100 miles from Penrith to Hamilton: This was a cracker of a day – 100 relatively flat miles in the sunshine on fresh legs. I even had time to pop in and sneak a cuddle off my Dad along the way.

Day two, 127 miles from Hamilton to Fort William: After day one I thought this is going to be easy. I thought wrong. Day two started with a puncture at the start line.  Then a few miles in Lenka and me were powering (aka crawling) up the hill and her tyre went again. This was the third puncture in two days on the same tyre so we called out the mechanic. Turns out it wasn’t that either because after another 20 miles in and I heard a puncture induced wail from behind me. By the time we made it to the first pit stop we were two hours behind and being chased by the broom van. Post third puncture we managed to pick up the pace. However not long after passing the first pit stop we were pulled off the route by police. One of the riders was badly hurt in an accident about 17 miles ahead. The accident meant that the road was closed for the day and the only way round was a route which would mean clocking another 130 miles so we headed by to base camp by bus.

Day three, 111 miles Fort William to Kyle of Sutherland: After a very low second day we got up to take on day three. Apart from two long sharp climbs this was a ride that made me fall head over heels with everything about cycling. 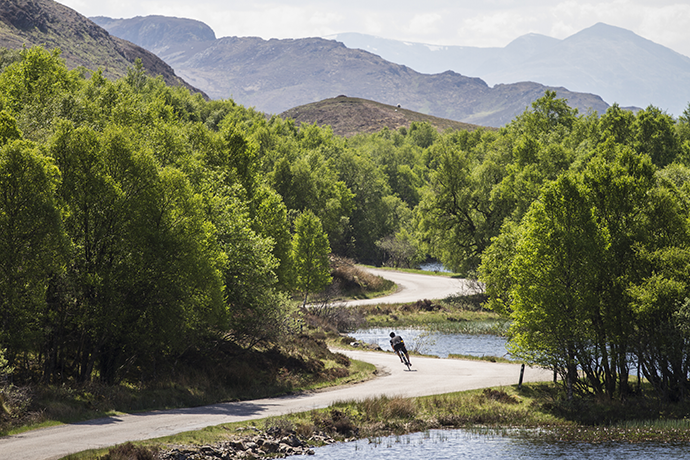 Day four, 104 miles Kyle of Sutherland to John O Groats: This day also started with 50 miles of me thinking that cycling is the dogs. Then something happened when I hit 50 miles and I hit a real low, I hated cycling and I questioned whether I should have myself sectioned for agreeing to such a ridiculous challenge on so little training. That feeling didn’t last for long. I spotted the first sign for John O Groats and I was back on a mission to hit the finish line – albeit a very slow mission. 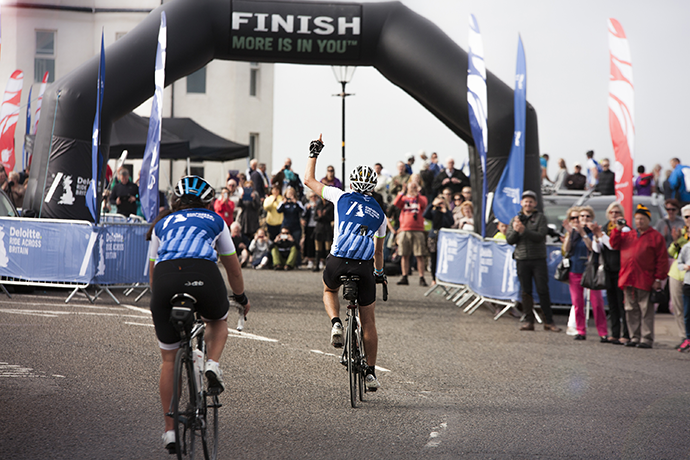 I can’t imagine how I would have got through the four days without Lenka and Martin who made up the rest of the Team Adidas trio. I’d owe them a massive thank you for staying by my side to the finish line, providing endless entertainment, delivering me Irn Bru during times of need and tolerating my cycling highs and lows. Another Team Adidas cycling adventure is on the cards! 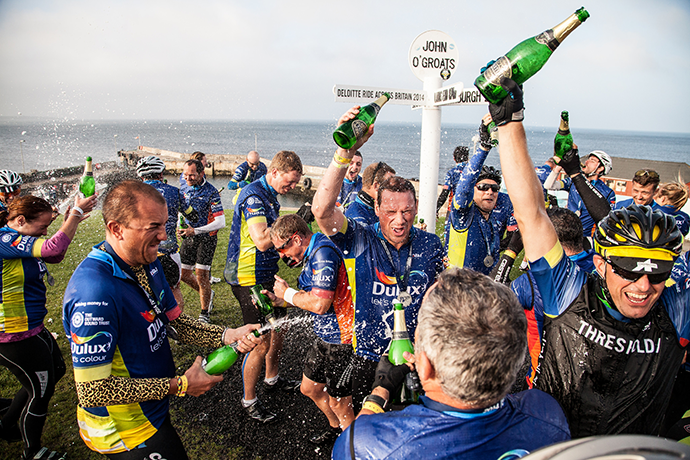 Lesson five: Live life to the full and don’t lose a life to fear

It is with great sadness that I write that Sally, one of our riders, wasn’t able to finish her cycle after a fatal accident a couple of days out. The Ride Across Britain team and all of the riders managed it with grace and understanding. Rather than discourage me tragic events reassured about people and reminded me to live life to the full, to not be afraid to take risks and to never let fear get in the way of what I want to achieve.

The verdict: This is a pricey race but it really is a showstopper of an experience. My absolute number one. I will definitely be doing it again soon!

We have a place in London’s newest half marathon, Run Hackney, to give away. It takes you through the Queen Elizabeth Olympic Park you…