It’s August and the sun is only bloomin’ shining! There are loads of cool fitness events happening this month including plenty of outdoor options so you can enjoy the weather while it lasts.

FREE
Yogahaven Chakras in the Sun 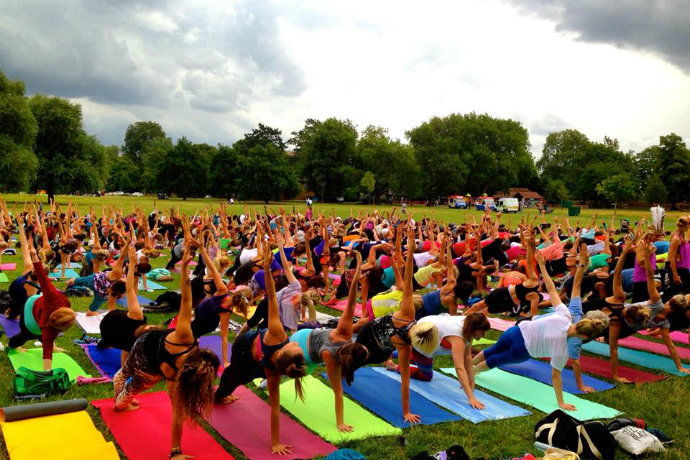 What’s better than yoga in the sunshine? Free yoga in the sunshine! Every summer Yogahaven studio hold a mass session on Clapham Common led by a team of their awesome teachers. It’s always fun – we’ve been every year and we’re going again on Saturday. All you need to do is turn up with your mat. Pack a picnic/some vino and chill out after if you want. Oh and don’t forget a bit of cash, the event is to raise awareness for Battersea Dogs and Cats home so leave a donation and feel good about yourself. 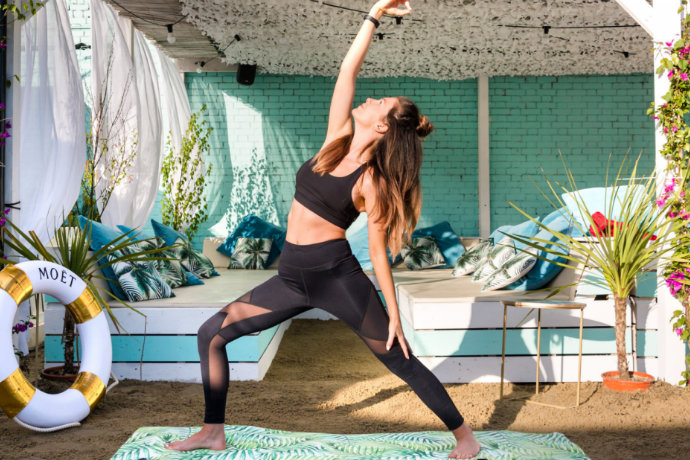 Who knew there was a beach in Fulham? Well, there is (albeit a manmade popup one) and you can do yoga on it. Every Saturday you can go along and flow on the sand surrounded by palm trees and with some beachy beats. There’ll be themed sessions, including Bali Beach Yoga and just incase this glorious weather breaks, there’s a canopy for rainier days. 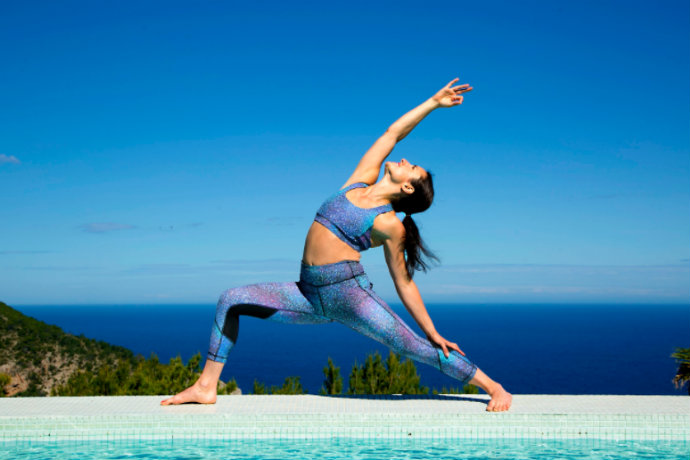 Bored of beer gardens already? Get your zen back with a half-day retreat away from the summer madness. After a heart-opening vinyasa flow session led by Good Yoga Life, indulge in a healthy sugar-free breakfast, learn about organic beauty products and give them a try, finish with yin yoga and a gong bath. Beats our normal Sunday morning ritual of hangover, crisps and back-to-back episodes of Come Dine With Me.

Spellcheck keeps trying to change Asics to basics but this session will be anything but. Natural sports nutrition company TRIBE are teaming up with run company Asics to offer monthly sessions from the Oxford Street store, perfect for nipping in on your way home from work. Expect a short run followed by some sprint and strength work in Hyde Park – it’ll be tough but fun, and it’ll help you run faster, promise. The £2 fee goes to the TRIBE foundation, helping to fight modern slavery. 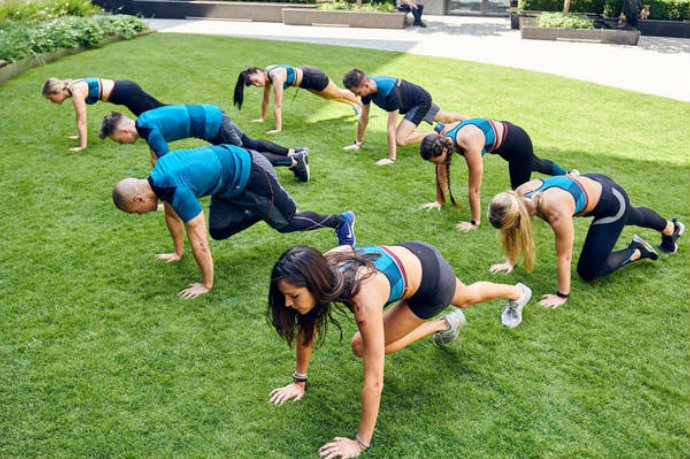 Indoor cycling and fitness studio Digme are getting in on the summer madness and taking some of their workouts outside to a square just off Oxford Street. For six measly quid – all of which goes to the Dallaglio RugbyWorks charity, helping young people through sport – you’ll get around 45 minutes of strength and conditioning and cardio work all in the form of some lovely, sweaty intervals.

Frame are going canal-side with their 45-minute outdoor breakfast barre classes in King’s Cross. If you fancy getting groovy before work the 8 August is a special disco version with a discotastic playlist. There’s also a session of the low-impact conditioning session on 29th, that one’s not disco should it make a difference 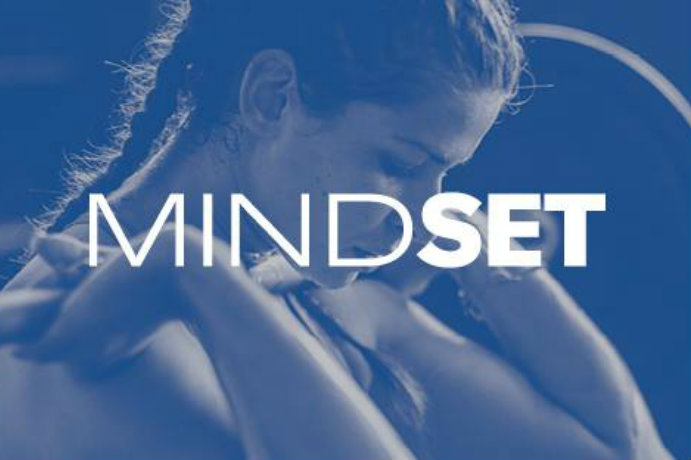 Everyone loves free stuff and two weeks of free stuff – namely group exercise classes with a mindfulness focus at the plush new Mindset studio near the Southbank – is not to be sniffed at. Sign yourself up on the website and get 14 days of spin, yoga, Pilates, boxing, circuits, weight/Olympic lifting and female-only classes. Opening on 13 August.

Just because we can’t afford to stay there doesn’t mean we can’t work out there. Swankster hotel the Ham Yard are running a Live Well Series this summer in conjunction with Psyche and Sweaty Betty. Events including Saturday yoga brunch classes on the Roof Terrace, barre in the bowling alley on Monday 13, and talks from a number of different wellness warriors including Deliciously Ella and Angelique Panagos, a nutritionist specialising in balancing your hormones (I’ve interviewed her for work before, she knows her stuff). A full list of what’s going on is on the link above. 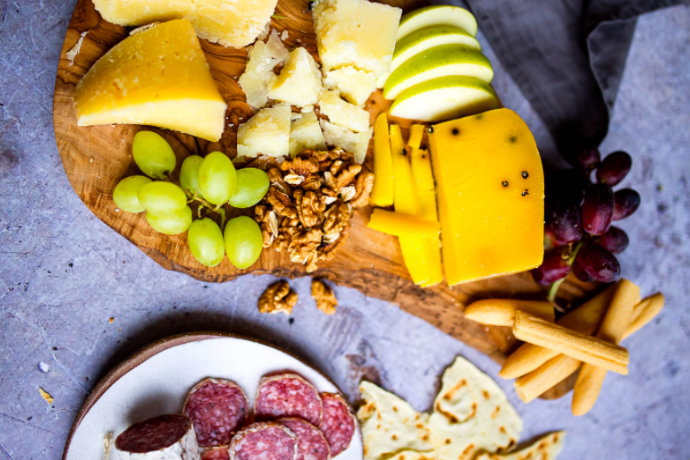 Want to learn the skills that’ll get your Instagram food posts a gazillion likes? Get yourself to the Hoxton. This workshop led by foodie blogger, writer and photographer Mondomulia you’ll get all the tips on styling and shooting and at the end you even get to do some eating! Ps. Forget the avo our most liked food gram is spaghetti hoops on toast.

Get your yoga fix with a side dose of kulcha. Saturday mornings Frame are hosting yoga brunches in an upstairs room at Tate Modern – we’ve been there before, there are floor-to-ceiling windows with great views over the Thames to St Paul’s. The hour-long gentle flow class is followed by brunch in the Kitchen and Bar restaurant, then you can go and look at some art innit. 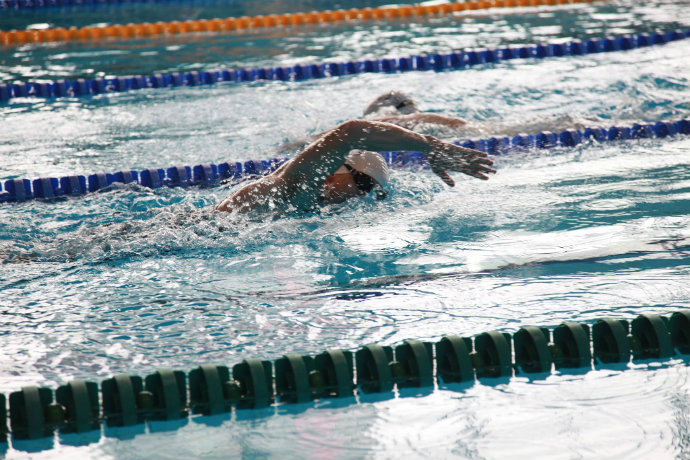 Swim 400m in the Olympic pool, run 5km around the Olympic Park, feel like a freaking Olympian! 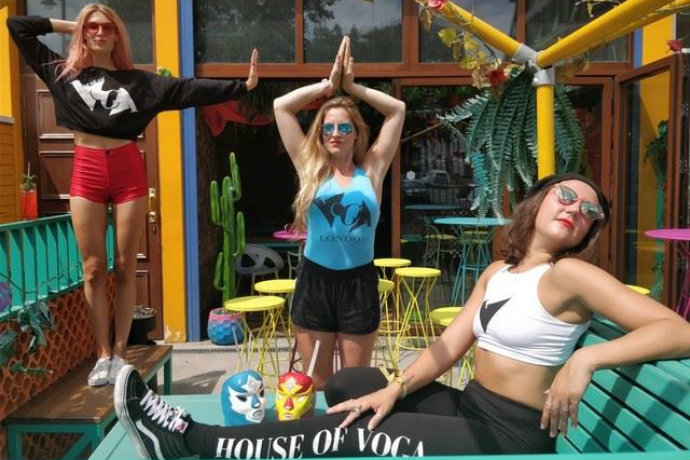 Just at he bottom of my street this one. House of Voga – that’s vogueing yoga obvs – are hitting Latino bar chain Barrio’s Brixton outpost. After an hour of Voga with a live DJ you get to choose a brunch dish and enjoy 90mins of unlimited Bloody Marias, Cava or Breakfast Margaritas. Or you can forgo brunch and pay a tenner for the class only.

These sessions aren’t new for August but I went to one of their yoga classes with views of the boating lake in Battersea Park the other day and really liked it so thought I’d give them a plug., OyoGo stands for outdoor yoga on the go. Teachers vary but are all great, you don’t need to take a mat, on Tuesdays there’s live jazz from the cafe and they’ll refund if it’s bad weather and the session can’t go ahead. You can book via Eventbrite for £11.37 or swerve the booking fee by turning up and paying a tenner on the day (although I have a feeling they’re going to be too popular to have dropins soon so get that deal while you can).

Ps, There’s a V for Vegan festival all month at the Old Truman Brewery with loads of vegan food, talks and clothing traders to check out plus rooftop yoga on Tuesday evenings with Fat Buddha Yoga – £12 drop in.

Know of anything fun and fit happening in August? Drop us a line at charlotte@lungesandlycra.co.uk

Rumour has it there’s a few of them there marathons taking place this month. If you’re not running crazy distances however, there are plenty…