Who run the world? Girls! This week Lorna got out of her training fug by running with some rather superb females.

What I learnt this week: Us girls really do run the world. 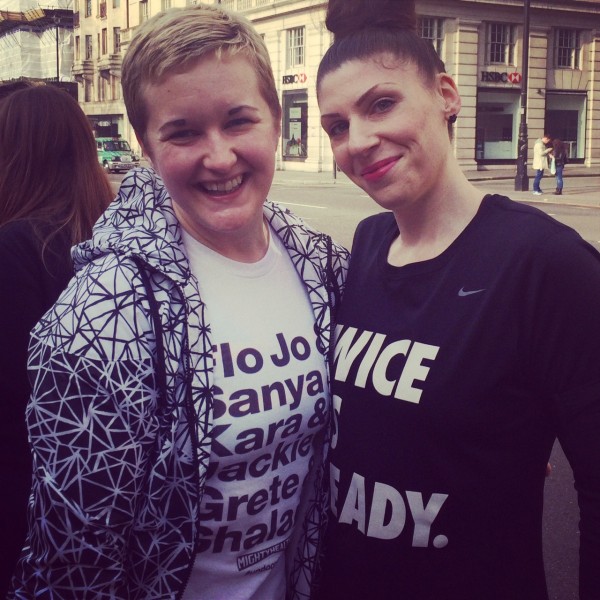 This week I’ve definitely moved on from the disaster that was the Silverstone Half Marathon and I’ve had a blast. Mainly because my training has involved some pretty AMAZING women!

My week of training started with a one-off run arranged by the super human force of nature that is Bangs (of Spikes and Heels fame!). Bangs organised a 6km run through London celebrating International Women’s Day which involved taking in a tour of some of the homes of some amazingly inspirational women. Around 60 of us ran together – some old friends, some new friends, some twitter friends and some strangers – and we all smiled, we all laughed and we all got an amazing run out of it. What made this run even more special was that it ended up becoming a global phenomenon that was sparked by Bangs and her friend Elle. We ran as part of a worldwide group of women celebrating women. It really felt special! (yes, I cried) 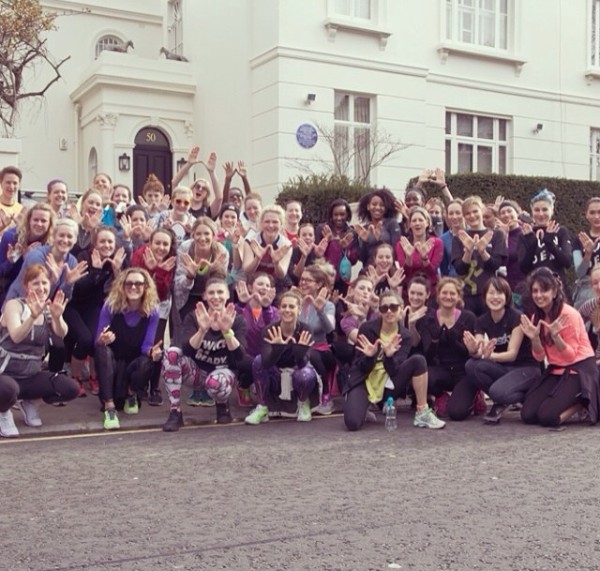 On to the next run of the weekend, which was 18 miles of solidarity on Sunday. Not fast, not easy but a lovely way to clear my mind of training demons past. I felt an awesome sense of achievement after this weekend’s running!

My Monday included another simply superb woman – Choi. Choi teaches yoga at Goodvibes, and is quite frankly the only woman that can get me to return to the yoga mat. She is the embodiment of strength to me – in both body and mind. Her practise is not for the faint hearted but she is with you every step of the way encouraging just that little bit more effort out of you with each and every breath! Choi and her yoga class was exactly what I needed to realign the muscles after the big miles of the weekend! 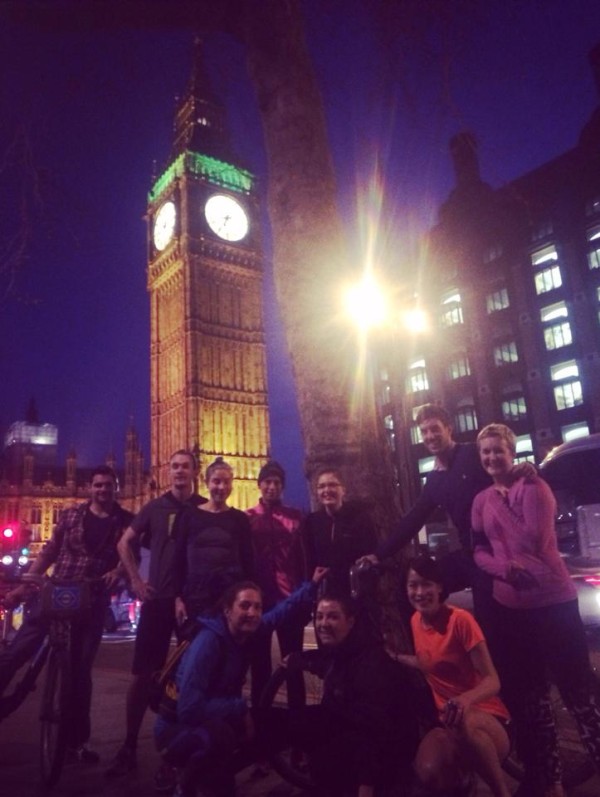 This week’s somewhat accidental theme of training with awesome women continued on Wednesday when I ran with the Nike run club. Firstly I need to mention Dani, who leads this group and continuously makes me smile!! She’s one of the most caring runners I’ve run alongside and this week was no different! It was an emotional run (when isn’t it for me?!) as we were saying goodbye to one of our pacers, however that was balanced by running with some new friends –  I was reunited with two ladies from Saturday’s run which was great – we were strangers before then, and like old friends by the end!

I’m ending this week feeling inspired – even though I haven’t been able to run/train alongside everyone I’ve wanted to I’ve also shared some amazing miles with my girlfriends over social media too. A big shout needs to go to my darling Hannah (@DunsOnTheRun) who had a superb Sunday bridge run at the same time as my long run. I know it sounds silly, but I love knowing that we’re all out there at the same time putting in the efforts to challenge ourselves. I love the support we’re able to share on platforms like Instagram and twitter – it really does encourage me when training knowing we’re all in this together!

Saturday 8 March
A 6km run with 60plus amazing women to celebrate International Women’s Day followed by a home stretch and light strengthening session.

Monday 10 March
Lunchtime yoga with Choi at Good Vibes Fitzrovia. This session focused on opening up the hips and hamstrings – a much needed stretch!
I added in a 30 minute sports massage today. Wowza my legs needed loosening up!

Tuesday  11 March
60 minute weights session with a personal trainer focusing on legs. This session was awesome – I hit a personal best on the leg press, hit glutes and hamstrings hard as well as a sneaky little blast of my core too.

We’ve spent the past few weeks testing out the latest GoPro, the shiny HERO4. Here’s the verdict on the latest features.  What: GoPro HERO 4…