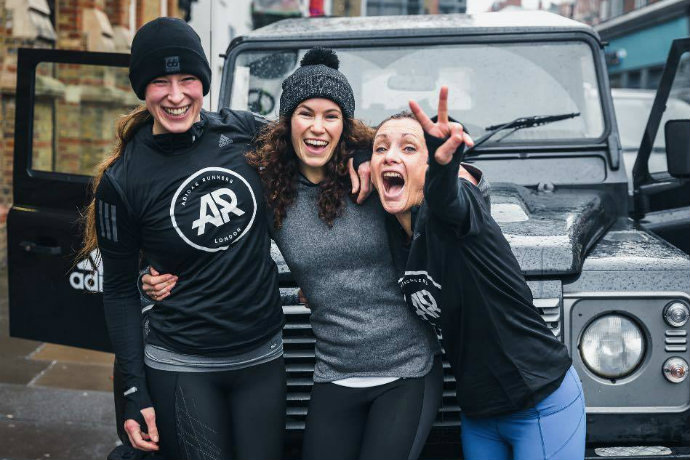 Last time I ran a marathon was in 2012. It wasn’t the Olympics, it was Brighton. My finishing time seems just as unlikely as gold in Rio right now though.

I trained really hard, learned a lot (practice your race day nutrition or you will spend valuable time sitting on a Portaloo halfway round), gave up drinking for three days beforehand (!) and most importantly had a chuffing brilliant time. Seriously, I loved it – well up until mile 23 but that’s just normal right?

I was also lucky enough to run a Good for Age time (they were a couple of minutes slower back then), which means you can automatically get in to London marathon the next year. This was brilliant. Except that, the next year, I left my training a bit late, ran too fast on a bad hip and ended up getting a calf tear in a miserable snowy 21-mile race. Bugger.

This not making it to the start line has been a recurring theme. I was out of running with an injury for nearly 18 months and my next marathon was supposed to be Jerusalem in 2016. I only had six weeks to train as I was writing about it for Coach magazine but that was six weeks wasted, ended up getting ill, having to have an operation and walking round the half. In the past few years I’ve definitely done more whinging than running. 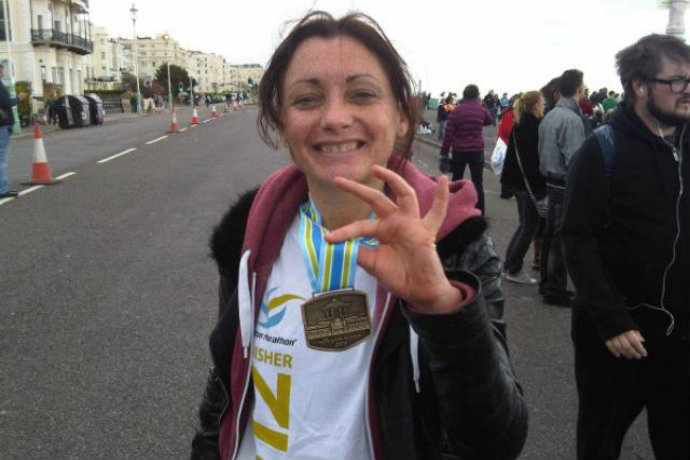 Back in my running glory days

This year I didn’t get through the London ballot but at the beginning of February Lucozade Sport – who are the marathon nutrition partners providing drinks and gels on the course – came to the rescue and asked if I’d like a press place. Well, d’oh, of course I would!

The excitement of running through the streets of London cheered on by those awesome crowds was so great I said yes straight away. Then I remembered, shit, I’m not actually running fit – or any type of fit really. I’ve been running sporadically but not seriously, and now I’ve got to run 26.2 frigging miles.

Ever since I said yes, I’ve been feeling a bit sick. The thing is, usually I’d set aside at least 16 weeks to train after a couple of months of building a steady base. I only have 11. So I need to accept I’m going to be a bit crap. Instead of gunning for a time I need to train sensibly – that means more adidas runners sessions – so I don’t destroy myself and head into this with the goal of just getting round.

Putting my pride aside, accepting my mileage is a lot lower than I’d like it to be, and realising I’m just not as good at running anymore as I am in my head, is easier said than done but I’m getting there. In fact I ran a trail race just for fun the other week and that was great, if I can take that attitude to London all will be grand.

(Ps. I’m going to enter an autumn half so I can redeem my time though, I’m not that bloody humble.)

For Lucozade Sport marathon training tips and to create your own personalised pace band visit lucozadesport.com

Dead-easy avocado recipes from readers and from us. We ♥ avocados!