When it comes to running shoes, you probably think of the old favourites, Asics, Brooks, Nike or Adidas, so when we got an invite to the launch of PUMA’s IGNITE range, we were keen to try them out.

A light feeling, neutral shoe aimed at the mass-market runner, the PUMA IGNITE was first launched last week in New York by none other than Usain Bolt, who uses it for his longer training runs. It’s Puma’s most responsive running shoe to date and contains IGNITE foam for cushioning and rebound. In layman’s terms that means it’s lovely and bouncy. 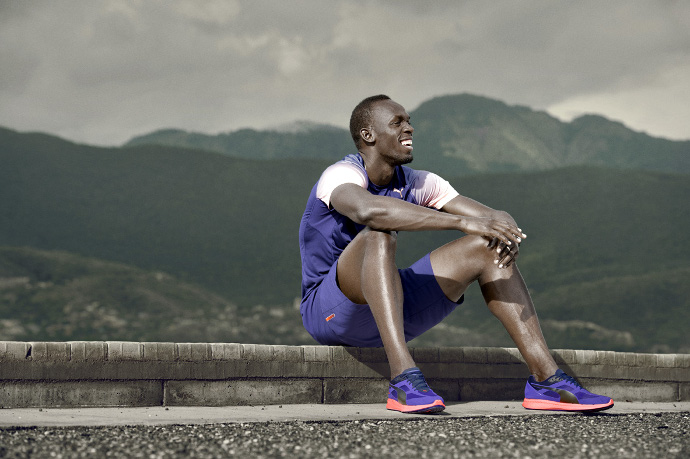 Nice shoes Usain. We’ve got the same ones

The London launch may not have had Mr Bolt, but we did have British marathoner Susan Partridge and distance runner Chris Thompson, who has recently moved from 10,000m and half distances to marathons, joining us for a run around the city. Well I say run…

This was more of a scavenger hunt. We were split into three teams, myself and Emma joining forces with Alex from street stye website The Daily Street and Toby from Complex, to form what can only be called, a group of TOTAL WINNERS.

Starting in the atmospheric surrounds of Leadenhall market – on a bloody freezing night (see my purple face in the video for evidence) – we were kitted out in full on PUMA IGNITE kit. The hi-vis jacket was a personal favourite. And we were handed our first clue. After eventually deciphering the cryptic message we were off and running to Barbican to pick up the second clue. 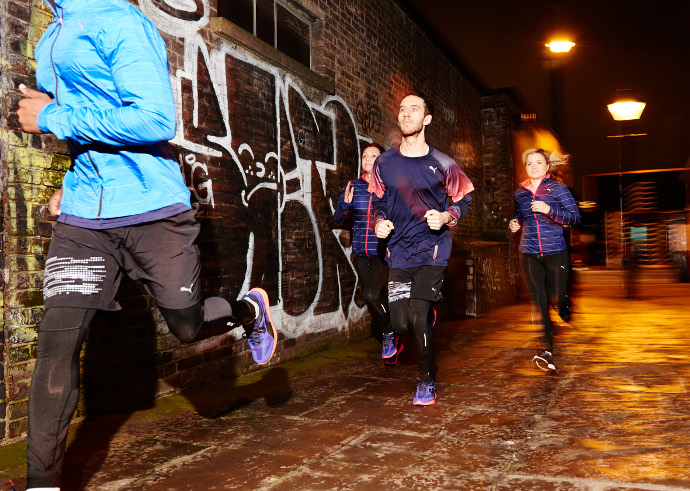 A few false turns and a rather circuitous route later, we were a bit worried we were trailing the other teams but Alex’s wealth of East London knowledge came in handy at this point. As soon as we opened the second envelope he knew we were looking for the, aptly named, Puma Court. A tiny little alley near Spitalfields.

On the way there it started to rain, and drizzle and just be generally miserable but luckily our competitive spirit had kicked in and we were running at a decent pace so no chance to get cold. The route there took us over cobblestones, wet pavements and down potholed alleys so we got to try the shoe on a variety of terrains before we reached our destination to get the final clue.

This one was nightclub based so obviously we got it straight away and headed to our final pitstop, Cargo. When got there, we received the delightful news that we were the first team home. Never any doubt really. Our prize, to literally Ignite London with a massive eff off flare, like the ones you get on ships. 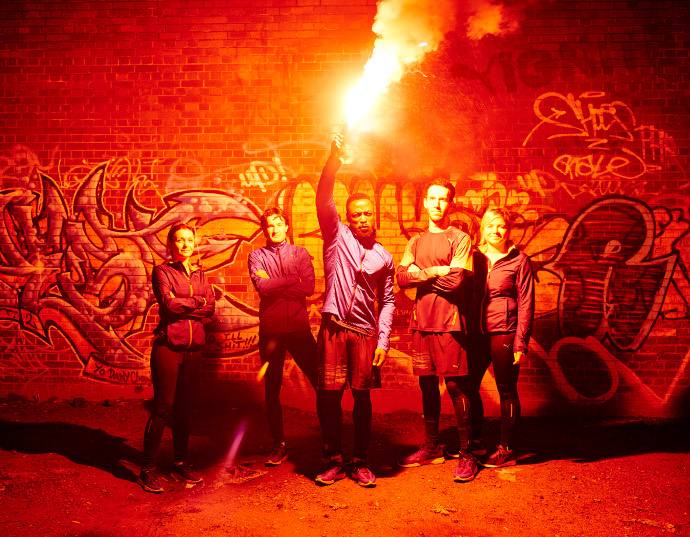 They told us to look ‘cool’. We tried. We really tried

Thankfully Toby held this as, not that we’re chickens or owt, it was bloody huge.

It was when we finally returned to base, shrouded in glory, that I realised, I hadn’t really noticed what the shoe was like to run in at all. Which is undoubtedly a good thing. It felt natural, the purple and neon orange colourway looks smart (it’s also available in grey and pink and black and white). Best of all, it’s priced at a thoroughly reasonable £85.

I’ve since worn my PUMA IGNITEs to the gym and to a circuit training session in the park and they’ve stood up to both admirably. Definitely a one to watch.

PUMA’s IGNITE range is available in the UK from 5 March.

IGNITE is PUMA’s most responsive running shoe to date. Prove that London is the most energised city in the world by lacing up and IGNITING London. Available from jdsports.co.uk for £85. #IGNITELONDON 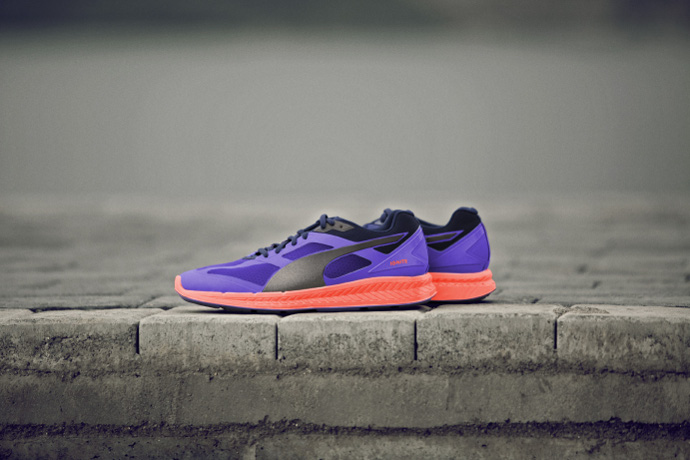 Whether you’re building up to your first mile or training for a marathon, running can be hard work – but we love it. We…