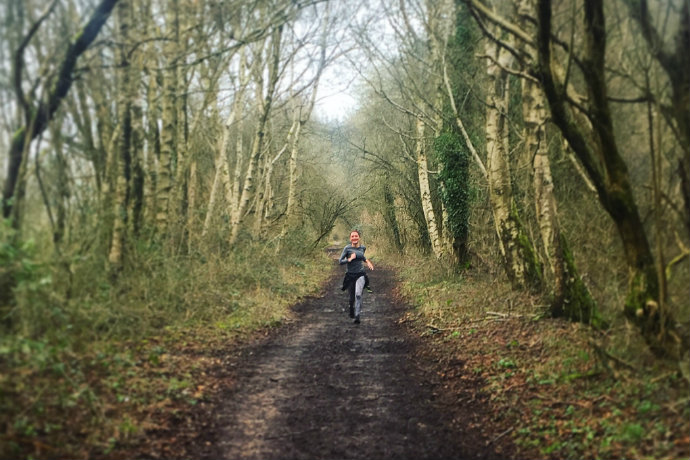 By ditching the watch, racing horses, and discovering a group called Advent Running of course.

Until December last year, I’d been out of the running game for nigh on 18 months. A calf tear was followed by a dodgy hip, some kind of trapped nerve thing in the hamstring, and a large dose of sitting on the sofa drowning in crisps. By the time my legs were good again, I’d lost all desire to lace up. I was still going to running club, but I never did anything crazy like actually run, I just went for drinks in the pub after (which, to be fair, has always been the best bit).

In some ways, starting over is harder than starting from scratch

The thing that was stopping me is – I hate being crap. Not that I was ‘good’ before but watching all the progress you’ve built up over the years disappear, along with your quad muscles, is pretty disheartening. In some ways, starting over is even harder than starting from scratch because you have expectations, you know what you’ve achieved before and you want to be just as strong, no matter how unlikely you know that is.

Going out for a run and realising you’re two minutes slower per mile, you can’t cover more than 3k without wanting to vom, and the people you used to jog alongside are leaving you for dust, can make you feel pretty shit about life. Some might see this is a catalyst, the kick up the ass that gives them the determination to get back to where they were. Not me, it just makes me want to quit. 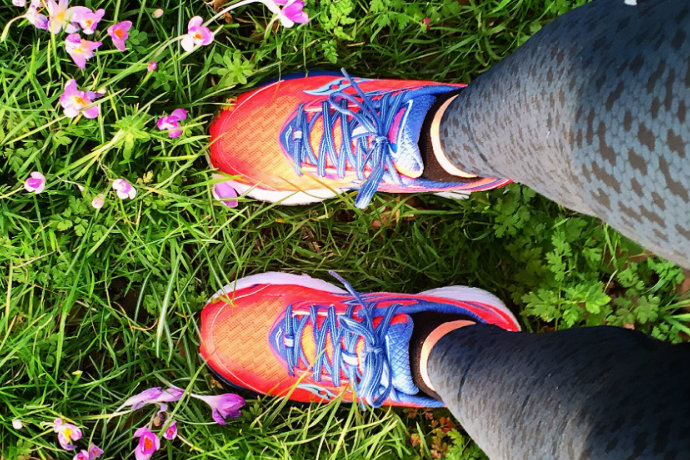 The thing that finally made me get out there and start running again was Advent Running. A social initiative started by two runners, James Poole and Claudia Schroegel of AR Collective, the goal of Advent Running is to run every day for 25 days in December. If I’d had to set myself a target it would probably have been pace or distance based and far too easy to fail, but AR is aimed at everyone, it’s not supposed to be stupidly difficult, just challenging enough.

The goal with AR was to run every day, not to break PBs, so I didn’t need to worry about how fast or slow I was going just that I was actually doing it.

I find running with people I usually run with demoralising when I’m unfit. Because the world revolves around me – obvs – I imagine they’re all judging me for how much slower I am (they’re not, they have lives). AR gave me the impetus to go out on solo runs as there are loads of people on the Facebook group to encourage you and give you a kick up the arse if you’re wavering. Plus they never have to see your red, wheezing, running face if you don’t want them to.

In short, Advent Running helped build up a base and forget about times, targets and distances and just enjoy running for running’s sake again. 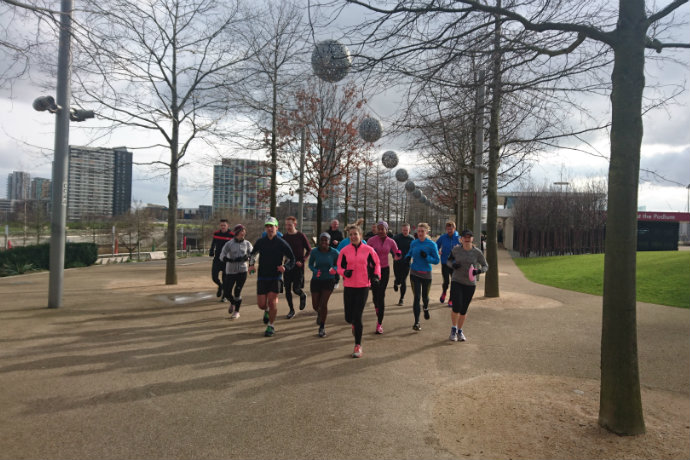 Apart from a two-week birthday-related blip in January, I’ve kept the running up. Advent Running host social runs throughout the year so I’ve been along to a few of those and me and Em have entered a 52-mile ultra, Race to the King, in June. The beauty of an ultra is, I’ve never done one before so have no times to compare myself to, therefore no pressure about being crap (although that 52 mile bit could be a bit of a shitter).

We’re racing horses in the Whole Earth Man v Horse event this summer too and, erm, I’ve agreed to do a marathon in March. I only found out about the marathon a few weeks ago, giving me seven weeks to train in total. After a long time off and a longest run of 10k in the past year, this is admittedly a really stupid thing to do. But it’s in Jerusalem – come on Jerusalem – how could I turn that down?!

I’ll get back up to speed next year, for now though I’m just concentrating on having adventures and enjoying running again

Also, I know there’s no chance in hell I can get a good time, my goal is just to finish, so it’s an excuse to enjoy the sites and take it easy. Building blocks innit? I’ll get back up to speed next year, for now though I’m just concentrating on having adventures and enjoying running again. (2017 mind, that marathon PB is getting annihilated.) 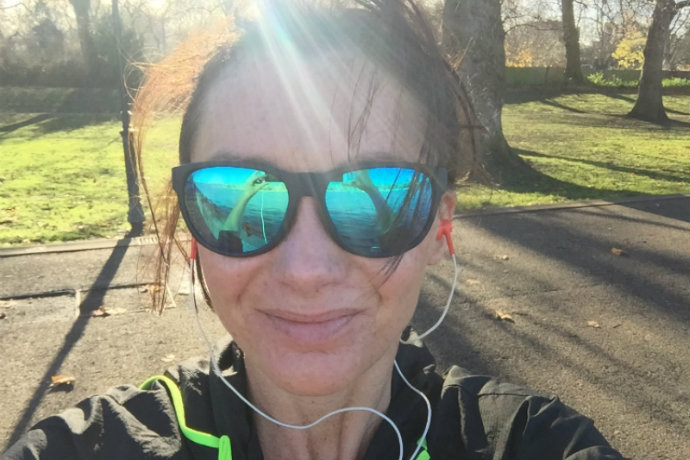 Yeah I took a running selfie, what a loser

Ps, not to blow too much smoke up their ass but the AR collective really are a splendid bunch. They host weekly free and friendly runs , track sessions, yoga, events and socials throughout the year, join their Facebook group to find out more and feel the running love.