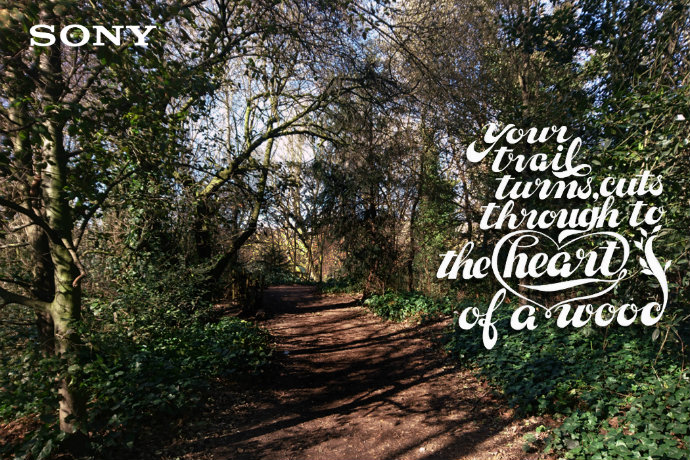 One of the best things about going for a run is taking the time to look around and discover things you might usually pass by without noticing.

The first spring flowers, hidden walkways you’d miss on the bus, inspiring graffiti, the sunrising as you cross the river…

If we’re sounding a bit poetic then forgive us but the recent Sony #PoetryInMoments campaign got us thinking.  Sony Mobile asked people to capture a fleeting moment on their smartphone – we’re always happy for an excuse to take a breather when we’re running – and shared some of those images with The Poetry Society.

Micro-poems were then written in response to people’s pictures and circulated around the world via Facebook, Instagram and Twitter. Along with our favourite Brownlee triathletes, the Brownlee brothers (!) we were asked to share a moment from our morning run for the campaign and the result is above!

We sent in a few images taken on the Sony Xperia Z5, one of the best camera phones out there with an award-winning lens and incredibly fast autofocus, and the poets chose one of our images taken from the trails around Battersea Park. Their full poem is below:

Your trail turns, cuts through to the heart of a wood,
as deep as your breaths here in thin air.
You’ll be gone in the time it takes to stop, to stretch, to wonder—
running this wild zone of the city you never knew was there.

Which is pretty cool huh? And the corresponding image can be seen above. It’s probably a bit better than our attempt, which wasn’t quite as poetic, but it did rhyme!

We love exploring the trails round the edge of the park
You stumble on all kinds when it’s growing dark*
Dog walkers, tree climbers, the odd illicit affair
Amazing what people get up to when they don’t know you’re there

Maybe we should stick to limericks.

To see more of the poems and images watch this video or visit the Sony Xperia Facebook page and get inspired to get creative.

*Ps, we don’t really advise running in the woods round the park at night.

Poems for the Sony Mobile Poetry In Moments campaign are written by The Poetry Society’s team of poets, including Ben Wilkinson & Will Burns.

This post was produced in conjunction with Sony Mobile.

Sadly no Cheeky girls or TOWIE cast members this year, in fact generally some pretty respectable times. But still, see how you compare with…