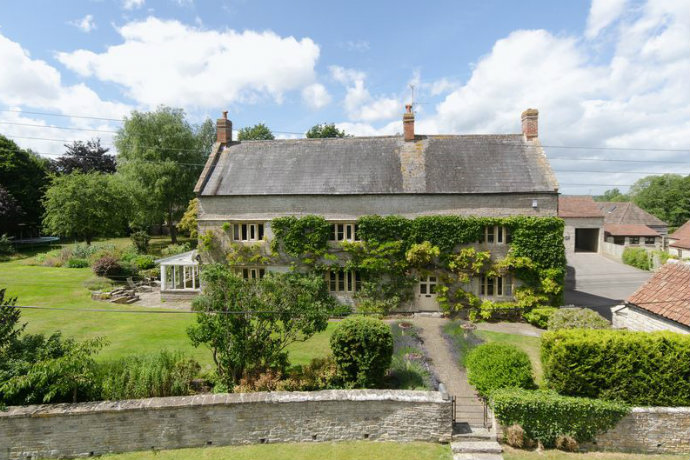 Last time we had a long weekend in Somerset it was at Glastonbury festival. The Green Bootcamps was a slightly different experience and it left us feeling a darn sight healthier too. Here’s our review.

Well, we actually had a summer eh? And now autumn’s here the sun has still, just about, got its hat on.

This unexpected meteorological treat has many bonuses, a major one being there’s no need to jet off to the Costas with an inflatable flamingo for your jollies. You can save your Euros, stay at home and explore our own fair isles instead.

From Dorset to Gloucestershire to Wales, turns out all those places you thought were for people who went hiking in matching jackets are really rather lush. And hiking’s cool after all.

Whether it’s the weather – or just the fact I’m getting on a bit – this summer I haven’t had a big beach holiday. Instead, I’ve mainly stayed in the UK or France and done active suff. Most of these jaunts have been of the Airbnb variety but earlier this summer myself and Emma went on a three-day luxury bootcamp in Somerset, run by The Green Bootcamps. Check us out!

Let’s ‘fess up. We didn’t pay for the camp but were invited by the owners Richard and Steph for a taster weekend at the beginning of one of their week-long camps. That’s not going to stop us being anything but honest though. 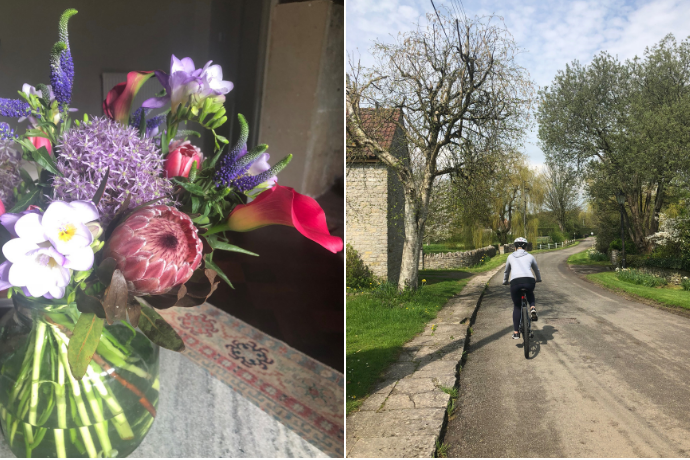 The main draw for us was the countryside location next to a small river and the fact that the website listed all kinds of wholesome pursuits such as raft building, foraging, cycling and kayaking alongside your standard fitness fare.

It sounded like the perfect way to clear the London smog from our city nostrils, listen to some birds sing, eat blackberries from hedgerows and do all those other things people do when they go to the country.

When we arrived it became immediately obvious that if they weren’t actually so nice, we might hate Richard and Steph.

The couple have set the bootcamps up themselves in their own home, which just so happens to be an eff-off massive renovated stone farmhouse with acres of land, an exercise studio in a converted barn, a vegetable garden and a humongous annex – basically a cottage in itself. And they’re only in their late 20s/early 30s.* Sigh.

*(Note we haven’t actually asked their ages, that’d be rude, but if they’re older than that they’re a bloody good advert for their services).

When you get over the jealousy that they have all of this space and you have a room the size of a fingernail in South London, you can start to appreciate just how lovely it is. It’s like staying in the Loaf catalogue. Every room is decorated in a tasteful shade of grey and Steph, who does all the cooking, has the kind of big, cosy kitchen you want to hang out in all day admiring the crockery collection.

Whether you’re in the main house or the annex – as we were – you’ll have an ensuite and a comfy double bed with posh sheets that probably started life in a cotton field in Egypt. Basically, get all your Instagram posts in while you’re here and pretend it’s your own pad – just make sure you do it on the first day before a pile of sweaty fitness kit starts growing in the corner.

Who goes to The Green Bootcamps?

Who goes to The Green Bootcamps? Everyone. Well, everyone with a certain amount of disposable income and an interest in exercise and wellbeing.

Like many bootcamps, Green camps cater for all fitness levels. When we went the other attendees were a group of glam Maltese ladies (Steph herself is from Malta). Ages ranged from around 30 to 60 and fitness experience was just as varied.

The good thing is that, with so many differing types of exercise and adaptations for all levels, no one really stands out as being much fitter or more of a beginner than anyone else. After all, no one can be good at everything – and If they are, they’re not to be trusted.

What can I expect at The Green Bootcamps? 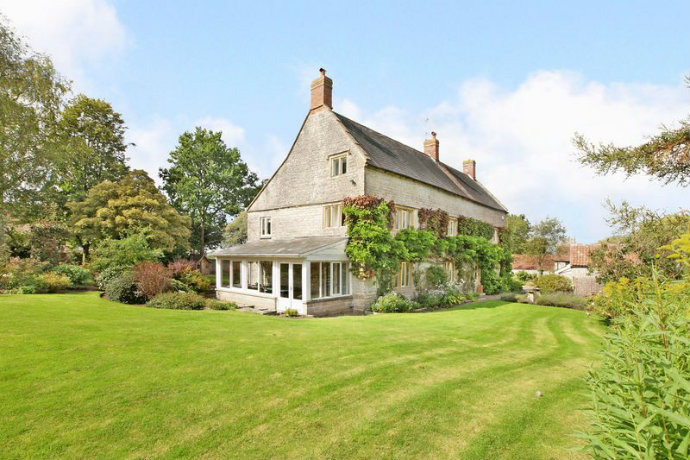 Although you’ll undoubtedly drop a few pounds with all the exercise and healthy food, the goal here isn’t immediate and dramatic weight loss, rather health for life and teachings you can take home. Hurrah for that!

When you arrive Richard – whose surname is Green, hence the bootcamp name, although it is also eco-friendly with Steph making all the soaps and cleaning products – gives each attendee a body composition analysis and movement screening. This is so he can see where you are physically as well as find out your goals for the week and make sure the sessions work for you.

Richard can note any muscle imbalances and help you learn how to correct them. Helpful if you have twinges or are constantly injured

While a body composition analysis sounds scary, it’s basically those fancy scales that look at your fat and muscle rather than just weight, so you get a much better idea of your overall health and what you need to work on.

You’ll also have your blood pressure taken and be asked to complete a number of basic movement exercises so Richard can note any muscle imbalances and help you learn how to correct them. Helpful if you have twinges or are constantly injured.

What does a typical day at The Green Bootcamps look like?

Richard used to run the bootcamp programme at Champneys so he knows his stuff and when he doesn’t, he’ll get specialist instructors in – always nice to break things up with a new face.

This isn’t an army style bootcamp so you won’t get dragged out of bed at dawn. Proceedings begin at the relatively sedate time of 7am with some kind of high intensity training in the indoor studio before breakfast.

Training throughout the day is usually a mix of high and low intensity – no one wants to be destroyed by 9am after all. Over the three days we tried boxing, working out with the TRX and Swiss balls, HIIT, long walks and cycles through the surrounding countryside, barre and a lovely relaxing yoga class. The latter two with specialist instructors.

We’re both fans of working out in the fresh air – and we like a bit of mud – so our favourite session was circuits in the paddock, dragging tyres, carrying heavy water cannisters up hills, running on bungees and some partner work, which basically involved play fighting and trying to knock each other over.

We went offsite to play tennis, which I am crap at but actually really enjoyed and we had a game of rounders too. Unfortunately the raft building, kayaking and foraging are by prior arrangement and we weren’t there long enough to try them. I was also itching to try running on some of the amazing trails in the area too but there was no time in the schedule.

There are plans for more of an ‘adventure’ bootcamp in the pipeline though offering all of the above, which sounds wicked.

What was the food like at The Green Bootcamps? 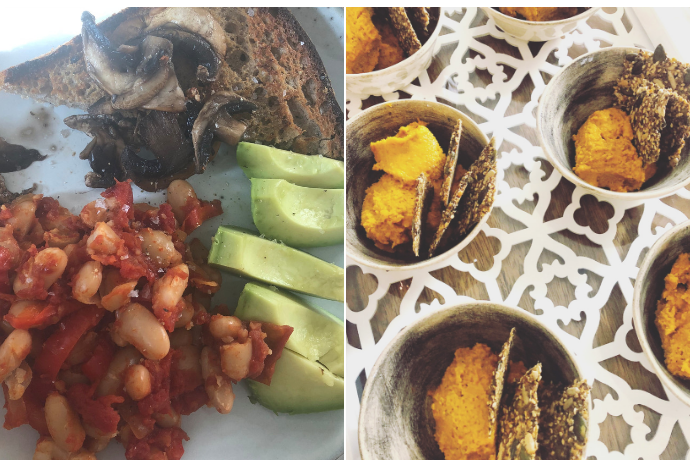 The food was delicious. No starvation rations here, with two snacks and three meals a day I probably ate more than I do at home and every single thing was bob on

Steph makes most things from scratch using loads of veg from the garden – at the moment they have kale, purple sprouting broccoli, cauliflower, sprouts, berries and redcurrants in season. As this is the land of farm shops, anything that isn’t grown is bought locally including some fit rye bread – yes, they let you eat bread!

The meals and snacks – some of which I still like to think about in quiet moments – include homemade seeded crackers with carrot homous, homemade baked beans, sprouted pea salad, buddha bowls and lentil shepherd’s pie. I’m vegan but fish, meat, dairy and fresh eggs were on the menu too.

So you can keep up the good habits at home Steph holds sessions where you learn to make some of the things you’ve been eating. We made nut butter – very easy; sauerkraut – time consuming and involves a lot of pummelling; and labneh – a kind of strained yogurt you see on all the hipster menus these days.

How did you feel at the end? 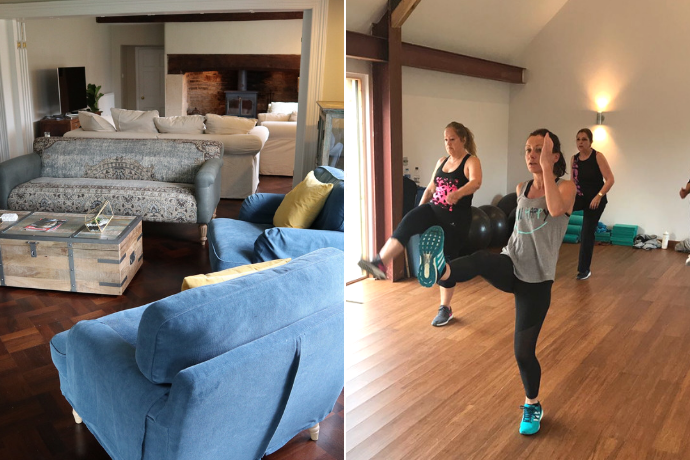 The Green Bootcamps offers one, three and seven-day camps as well as private options. We stayed for three nights and arrived feeling stressed out and knackered as it was a ridiculously busy time at work. It took a day to relax, switch off and catch up on sleep and then you start to settle into the routine and relax.

Taking time to indulge yourself can be hard to fit in the schedule, not to mention an investment as,

let’s face it, residential bootcamps aren’t cheap. That said, Green Bootcamps are all-inclusive so you won’t spend anything when you’re there and when you think of all the personal training, group classes and home-cooked meals you’re getting it’s actually pretty good value.

A long weekend is enough to leave you feeling fitter and healthier and a good kick up the bum to start a new healthy regime when you get home. A week would be good if you wanted to seriously change your exercise habits and escape from the real world – but if you want a real bargain and can get to Somerset, the one-day bootcamps are only £35 including lunch.

She’s lost 14 stone and gone from a non-runner to an aspiring marathoner, so with her first marathon just days away, how is Abi…