So we didn’t actually watch Eurovision this year, (too busy doing a 10k), but it got us thinking, wouldn’t it be interesting to see how people keep fit and healthy in some of these random countries? So, with the help of some international fitness bloggers, trainers, experts and good old Google, we did.

Here are just a few of the countries from the Eurovision final and how they sweat. Think we might move to Iceland (above), looks awesome!

Greece
Greece might have come higher than us in the Eurovision charts but when it comes to the heaviest people in Europe, surely the UK has it in the bag? Actually no, with an average BMI of 27.5, Greece beats us to top spot. And at 27.1 the Germans weigh in second, knocking us to third with a paltry 27. (A healthy BMI is considered to be between 18.5 and 24.9). See the full report here (WARNING: this links to the Daily Mail, sorry.) 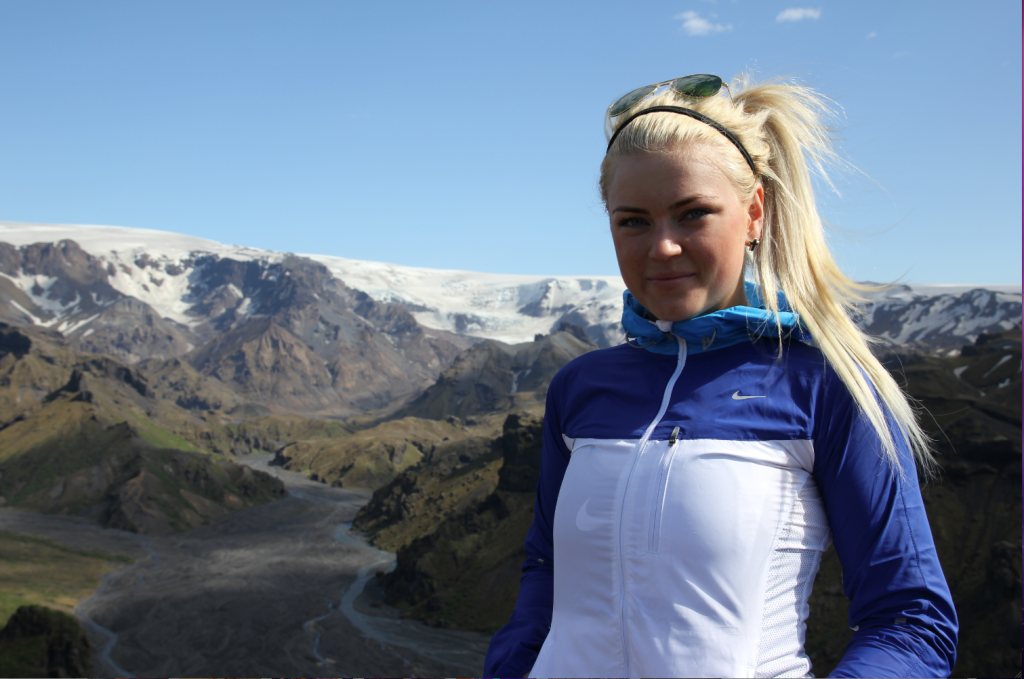 Heidi Hlíðberg (@heidi_fitness), a personal trainer and figure competitor from Iceland, now works in North West London. She gave us the insight on keeping fit in her home country.  You can contact Heidi about personal training by emailing heidi@bodynvgroup.com

Iceland has very active and health conscious inhabitants, with the average person working out at least three times a week. Having worked as a PT in both London and Reykjavik, I think one of the biggest differences is that women in Iceland are very big on resistance training, whereas a lot of women in the UK think using weights will bulk them up. It won’t! In the last few years, Crossfit has become very popular in Iceland and we have a female champion, Anna Mist. More unusually we also have a large number of competitive bodybuilders, figure and bikini athletes who compete across the world. Going into the World Class gym in Laugar it feels like every other person is lean, ripped and tanned. As a result of this, we’ve seen a remarkable increase in sales of supplements with even your average gym-goer drinking some kind of pre-workout shake before they exercise. We also have some of the best gyms in Europe. I think this is because of the weather. During our long dark winters, people need to find a way to fight the fatigue and depression that the darkness can bring and working out in the gym is ideal. When the days are longer though, we love to exercise outdoors. The nature in Iceland is very beautiful and kayaking, trekking, mountain climbing and jogging are all popular. We also have a natural stream of hot water coming from the ground so you’ll find heated outdoor swimming pools all over the country.

Malta holds the dubious title of laziest country in Europe, with 71.9% of adults not doing the recommended daily amount of activity. The UK? We’re third. Only 37% of us get off our ass and complete the suggested 30 mins of gentle exercise five times a week or 20 mins of vigorous exercise three times a week.  For the full rankings, click here. 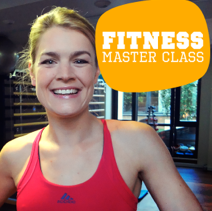 Fitness blogger, personal trainer, author and presenter of Fitness Master Class, the biggest French Fitness Show on YouTube, Lucille Woodward, knows all there is to know about fitness in France.

Unfortunately the majority of French women don’t exercise and only 10% of the population are gym members, which is quite low. The biggest excuse is the lack of time as many women are working mothers. Among those who do exercise, walking, running, cycling and swimming are very popular. Zumba is also a big trend, it’s everywhere, even in the most remote villages. CrossFit came on to the fitness scene in France a couple of years ago but most women here are afraid of weight lifting and intensive training.

Obesity is becoming more of an issue but we’re trying our best to resist industrial junk food and we tend not to eat between meals, although snacking is becoming more common. While people think the French diet contains a lot of cream and butter, we don’t eat rich food every day, usually only when we eat out or have friends over for dinner. The typical diet is quite traditional with meat or fish, seasonal fruit and vegetables, and bread. A lot of bread! The daily diet of a French women who watches her weight would be something like this: Breakfast: 1/4 baguette with butter and jam. Tea or coffee and fresh fruit. Lunch: Tomato salad, meat with rice or pasta and vegetables. Yoghurt, coffee and a square of dark chocolate. Snack: Apple and tea with yogurt or nuts. Dinner: Home-cooked pasta with tomato sauce and cheese, bread and lettuce with fruit and yoghurt for dessert.

Spain
Spain has the third highest healthy life expectancy in the world (top in Europe) for women. Although Swiss men live longer than the Spanish. Japan came top overall, it’s all that sushi and fish. See the top 10 here. 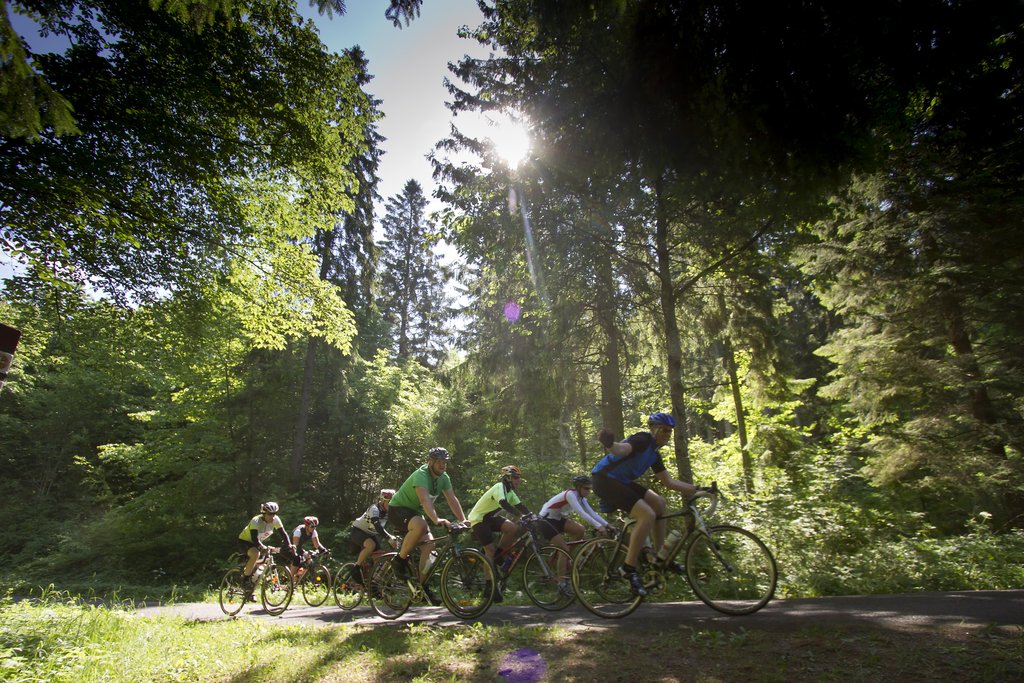 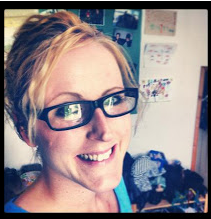 Originally from Sweden, fitness blogger Josefine Eriksson now lives in the UK but returns home regularly, read her blog here.  She thinks Sweden is more health-conscious and active than Great Britain and we reckon the ‘Swedish Classic’ Challenge she mentions below is proof. That’s hardcore!

Health and fitness is a very big part of the Swedish culture. From an early age we’re much more active than people in the UK –skiing and long distance skating are popular – and staying healthy is supported by employers and the government. You’re given an hour of your working week to exercise and most employers offer discounted gym memberships. At school PE is a core part of the curriculum, lunches are free and schools wouldn’t dream of serving pizza and chips.

Alongside team sports such as football and handball (both very popular with women) horse riding is one of our country’s biggest pastimes and councils help fund stables to make it more affordable for people to take lessons. Most people who don’t take part in team or endurance sports will do ‘jympa’ a Swedish aerobic and strength class, which is starting to become popular in the UK under the name ‘Swedercise or Swedish Fit‘. If you want a real challenge though, try the ‘Swedish Classic’. In one year you have to ski Vasaloppet (a 90km cross-country ski marathon), swim Vansbrosimningen (3km open water swim race), cycle Vätternrundan (a 330kmroad race) and run Lidingöloppet ( a very hilly 30k trail race).

Finland
In terms of medals and gold medals won per capita, Finland is the best-performing country in the Olympic Games. Ever. Their best sport for both men and women? Javelin. Strange.

Originally from France, food and fitness blogger Elise Friandises (www.fitnesstreats.com) has lived in The Netherlands for seven years and says she’s noticed a big difference between northern and southern European attitudes towards health.

I think northern Europeans are generally more fitness-oriented than their southern counterparts. They’re very quick to pick up on a lot of the latest US fitness trends and activity is part of everyday life.  Most people go to work by bike, cycling 20 to 30 minutes each morning and evening. Many also take their children with them using ‘bakfiets’ (freight bicycles) for families. People go to the gym 2-3 times a week and yoga is very popular.

I don’t think the diet is as healthy as in France and other southern European countries though. People eat a lot of pork, cheese, dairy and bread – we eat them in France too but the portion sizes are much smaller and we tend to eat more fruit and vegetables. However Dutch women don’t seem to obsess about food and diets. The Sonja Bakker Diet Book has been popular in recent years (a Dutch personality) but generally there isn’t so much interest in fad diets as there is in say the US or UK.

There are loads more countries we would have loved to include but we just didn’t have the time and we’re still trying to find someone from Russia to help – we’re fascinated by Russia! – so if you have any info to share on how people keep fit in different countries across the world let us know in the comments section below.

By ditching the watch, racing horses, and discovering a group called Advent Running of course.