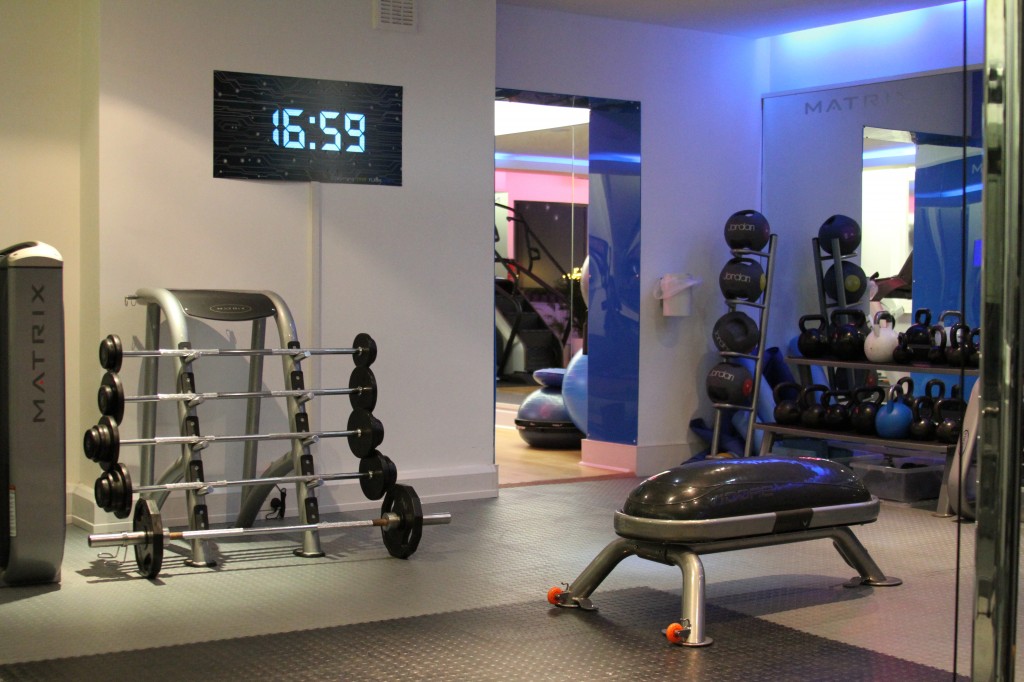 The Vicore is a new bit of gym equipment currently only available in the rather swanky I.N.C Space in Covent Garden in the UK. Those Swiss balls and weight benches breed like rabbits though, so we’re expecting Vicores to pop up in gyms all over the country soon.

So what is it?

It’s basically a wobbly bench that you can perform a number of exercises on. The unstable surface means you have to really engage your core as you work to stop you losing your balance. The idea is that you’ll need less time and less weight to get similar results, working your core throughout.

What did we think?

A bit like lying on a giant jellyfish you wobble all over the place on this baby. If you don’t activate your core, you are on the floor!

You can use the Vicore for lots of the exercises you would do on a Swiss ball or bench and a few more besides. For example, as well as pec flys, shoulder presses and ab crunches we did step ups and box jumps (well we didn’t do the box jumps, it was too high, we watched Taylor the instructor do them) which would be a pretty stupid thing to attempt on a ball.

The soft surface makes you concentrate on your moves and perform them slowly so you don’t fall, which is great for ensuring you have correct technique. It’s also fab for working on your balance and stability, aspects that are often left out of a training regime but are vital for helping avoid injury.

You can’t lift as heavy weights as you would on a standard bench as you’re concentrating on keeping yourself upright and the unstable surface offers little resistance. While you could argue that this doesn’t matter as you’re working your whole body on the Vicore, when we mentioned we were trying this product on Twitter, a couple of PTs pointed out that heavier weights will also give you more activation in your core anyway.

You’re supposed to keep your neck slightly raised if you’re lying on the bench, although this gave us neck ache – a bit like you get when you’re doing sit ups badly. This would improve with time but we found it a lot comfier to keep our neck flat.

Used as an additional piece of equipment, rather than a substitute, this would be a good way to keep your strength training fresh. It’s fun and challenging to use, mixes things up a bit – step ups for example are like a whole new, 50% harder exercise when performed on the Vicore – and is great for improving your balance and stability. Wait for it to hit your gym though rather than seek it out.

Have you tried out the Vicore? Let us know what you think charlotte@lungesandlycra.co.uk

All this lovely spring weather has seen Hannah freewheeling down hills, running like a kid and rediscovering the sheer joy of cycling and running…