So what did you do last night? We went to the launch party for Nike’s We Own the Night 10k run and did a bit of modelling for Elle. That’s how we rock!

Yesterday we went down the Shoreditch Studios in East London, tried on loads of new Nike spring/summer kit and got glammed up for a photoshoot with Elle magazine. Yep, just your average Thursday evening. 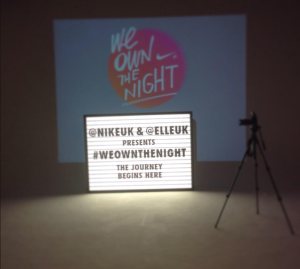 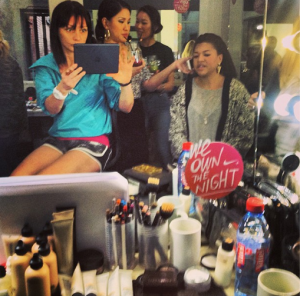 While we’re obvs stunners, Cara Delvigne can hold onto those eyebrows we’re not after her modelling crown just yet. This was all in the name of the Nike We Own the Night 10k. Nike trainers, fellow fitness bloggers and the Elle team were all there too getting made up and working the camera. Hell it was one big fitness love in. 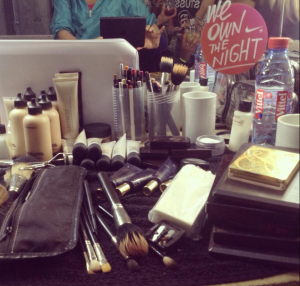 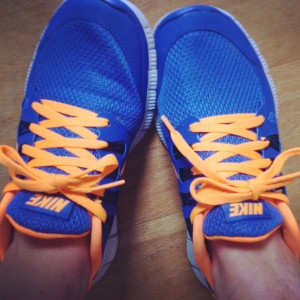 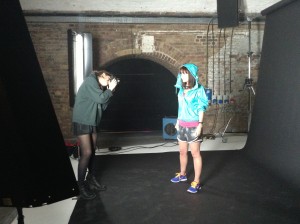 So what’s this run all about then?

We Own the Night is a women’s after-hours 10k taking place on 18 May in London’s Victoria Park. Nike are promising ‘light, sound and the unexpected’.  Nope, we’ve got no idea what that means either but having been to Nike runs before they usually have some pretty fierce tricks up their sleeves – glowsticks, smoke, beatboxers in the Old Vic tunnels… – we’re expecting something pretty big.

This is going to be a great one to do with your mates as Nike events always have a  party atmosphere – and we’ll be there whooping our hearts out.

It’s open to all abilities so whether you’re going to kick some serious sporting ass or just want a laugh with your mates come and run. As part of your entry you get a swank Nike t-shirt and a training plan to help you achieve your goal, whether that’s to get round, beat your PB or lead the pack. There are also exclusive weekly run club and training sessions that you can go along to, meet other people who are running and get 10k ready.

We’re all signed up and raring to go so come and run with us. We’ll probably go to the pub afterwards too.

Let’s own that bloody night.

Sign up HERE and let us know if you’re in!

Shit, we got so excited then we almost said Girl Power. Need to go and calm down. 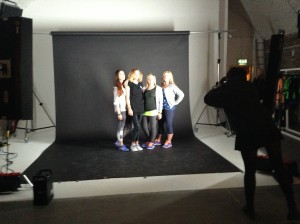 A few weeks ago while pacing my way round London with LDN Brunch Club I met another blogger, Eleanor Clarke aka Sustainable City Girl. We started…