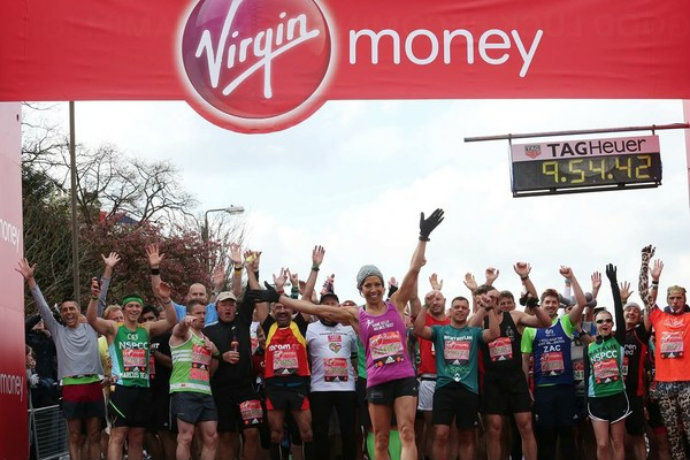 Who’s running London this year? You might be interested in this data Strava have put together then, revealing some pretty interesting findings including which age group is the fastest and the average finishing time for both sexes.

If you run, cycle or swim you probably upload your data to Strava. If you don’t millions of other people do, which means the social network can analyse loads of data from their users – like the below taken from those completing the 2016 Virgin London Marathon – and come up with interesting facts like this: 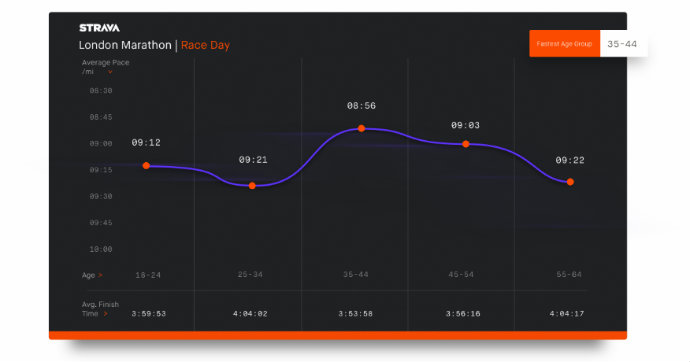 Race day data taken from 6,464 Strava runners shows that runners in the 35-44 age group posted the fastest finishing times with an average time of 3:53:58 – that’s an 8.56 minute mile pace. Shit, I’m in this age group I’m going to let them down this year.

The Average Finish Time for Men and Women

Across all age groups the average finish time for women was 4 hours 23 mins, while men crossed the line in 3 hours 48.

The Fastest and Slowest Miles 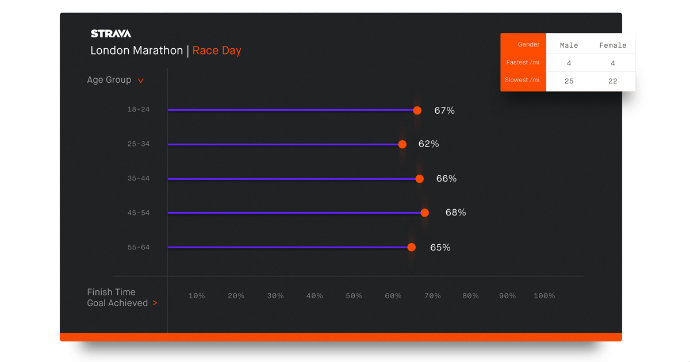 Men and women both ran fastest at mile four, which Strava suggests could be down to the fact that you’ve managed to dodge the crowds and break free by then. The slowest miles were 22 for women and 25 for men, and more than 62% of all runners achieved their goal time. 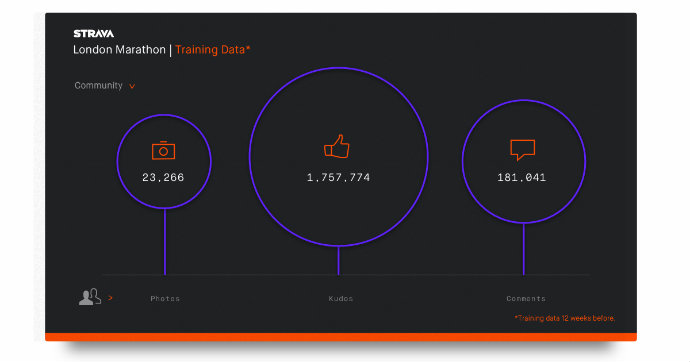 The average longest training run for all runners was 21.3 miles (whoops, I only managed 20) which most people ran between 8am and 12 – presumably so they could celebrate with a humongous brunch. Seems loads of other runners gave them kudos (the Strava version of likes) there were more than 1.7million thumbs up for others training for the marathon on the app. Let’s hope there’s even more virtual back slapping on the day, see you in Greenwich I’m running with team Lucozade Sport!

Ps. You can join the Strava London Marathon Club here.