After losing 14 stone Abi is tackling her first marathon, but says she wouldn’t be where she is today without the overwhelming support of friends, family and colleagues.
Name: Abi Wright
Goal: To finish in one piece!
Marathon history: First marathon
What I’ve learned this week: Another week of marathon training done and dusted and the support has been amazing! 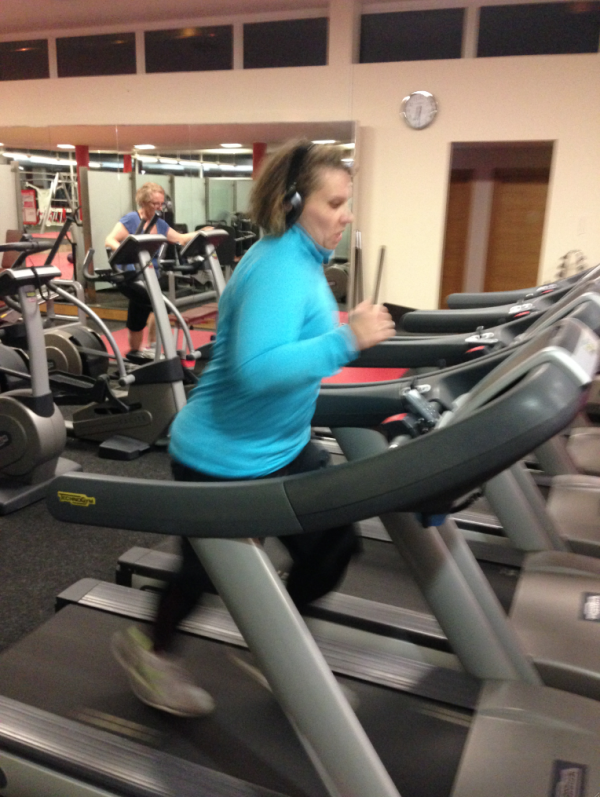 Monday
A short but sweet one-mile treadmill session to start off the week, and then a pick ‘n’ mix of all my favourite moves in the gym. I think it’s important to mix things up to keep training interesting and these sessions always leave me feeling pumped. I was panicking a bit on Monday as I had a full-on week with work planned and was worried about fitting all my training in. I work as a sales rep and spend a lot of time in hotels and travelling but after a quick word with the team they let me off a couple of evening engagements. They know how important marathon training is to me and are helping me every step of the way. Support from others has played a big part in getting me this far so it’s great to have such understanding workmates.
Tuesday
I struggled to get the training in today as after a full-on day at work I had a quick turn round to get ready for a night out bowling. I still managed to fit in a quick treadmill session to rack up those marathon miles though. Obviously the endorphins were high as despite hating bowling I got a STRIKE on my first bowl and then won over all!
Wednesday
As I said, work have been so supportive of my marathon journey and today my sales director asked if she could share my story with the team. It was pretty special. Having my before and after pictures up on  screen for all to see was very emotional (Abi has lost 14 stone through healthy eating and exercise). But the support from my colleagues was incredible and my company announced they would match my marathon sponsorship £ for £. It was such an awesome day and I felt even more motivated to smash my goal. I completed a treadmill session with sprints and a few fancy weights moves thrown in for good measure.
Thursday
Today’s challenge was to work, shower and get to the bar by 7pm. On water may I add! I’ve really cut down on drink since starting my weight loss journey as I’ve found iteasiest just to avoid temptation. I was working away and staying in a hotel so I did some leg reps in my hotel room. A combination of squats, lunges, pulses, step ups on the hotel chair – 5 x rounds of 20 in total. My legs were on fire but I never find excuses I JUST DO IT!
Friday
Friday was all about rest. I did pop in to my local running shop to get my gait analysis checked though. As I’ve been losing weight they recommended regular check ups as my changing weight could affect the way I run but nothing had changed.
Saturday
I trained at the gym with a friend and I maxed my treadmill sprint speed to 14. This was my fastest ever run and legs were spinning round like a cartoon character’s!
Sunday
I finished the week with my first race of the year so far. The eight-mile Lakeside Canal Run. I was running it with friends and, while I wasn’t nervous beforehand, I was a bit worried about the multi-terrain course. The route passes through woods and along canal tow paths so I knew it was going to be tougher than running on the road. Nerves kicked in when we arrived though. There were only 200 runners and in smaller fields I always fear coming last. But then I thought screw them, not everyone has been through my journey, a couple of years ago I couldn’t run 800m let alone eight miles, let’s just do this! I set off at a steady speed but the paths were pretty horrendous, muddy and uneven, meaning it was hard to keep at pace, particularly as I’m struggling with piriformis syndrome – a literal pain in the ass as it’s caused by caused by a compression of the sciatic nerve and tightening of the piriformis muscle deep under the glutes. I told my friend who I was running with to go ahead and get the teas in at the finish while I carried on, no way I was giving in! I met a lovely lady who I chatted to at mile six and that’s where I saw my friends cheering me on from the sidelines too, giving me the lift I needed to finish my first race of the year. Coming down the finish strait with my friends cheering me on was AWESOME! No PB but I was using it as a training run and those paths were so rough and ready I was happy to finish in one piece. Bring on next week! 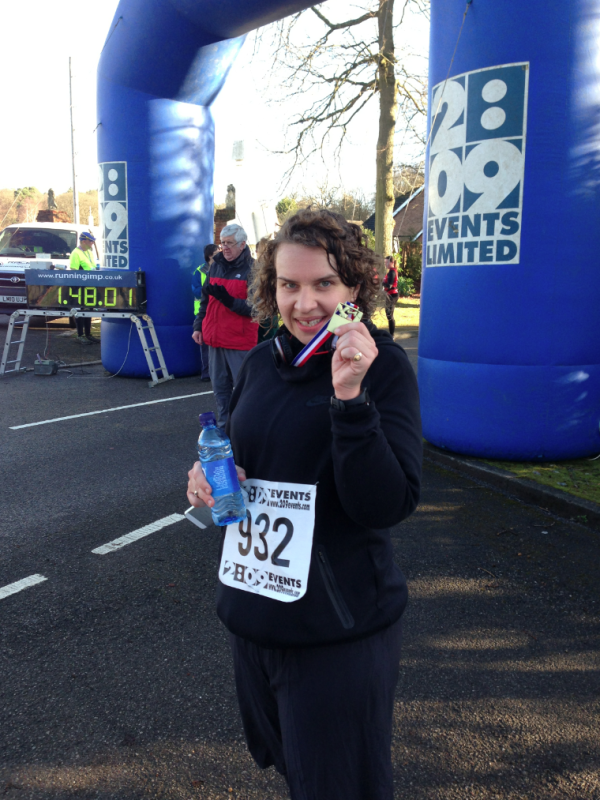