It’s the early hours of the morning. I am surrounded by oiled, muscular men and women. They are wearing rubber. No, i haven’t fallen asleep at G-A-Y again, this is really happening. It is before 7am and I am about to get into an unheated, outdoor swimming pool wearing a wetsuit. Must be triathlon time again.

This will be my fourth triathlon. I only do one a year (as I’m not very good at fitting the training in), the Virgin Active London Triathlon, and I always do the sprint (750m outdoor swim, 20k bike, 5k run). I first did it in 2010 when I wrote a column about it for Zest magazine – resulting in a lot of dodgy photos of me in a wetsuit appearing in national media. My parents both did triathlons when I was younger and I always swore I wouldn’t as they looked like no fun whatsoever. But I actually really enjoyed it, and signed up for the next year immediately.

In 2011 I didn’t do much training but was feeling pretty fit as I was doing a lot of running. Then, the week before I came down with a really bad chest infection, had a panic attack in the swim and overall Sporty Spice beat me by 20 seconds. Damn. 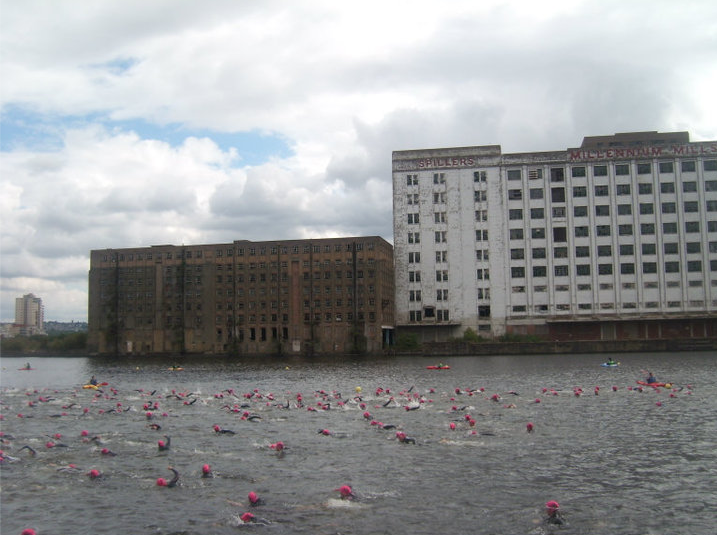 I’m the one in the pink hat

I knew I could do better, so I signed up again for 2012 determined to have that Mel C. Did no training – five swims in the whole of last year, hmm – got made redundant, went out drinking till 4am the night before the race – stupidity, had another panic attack in the swim – safe to say, it wasn’t my best race but I did it and hey, surely I can only do better this year. Plus, I have yet to discover a better hangover cure than jumping in the Victoria docks.

This year, well this year, I’ve roped my mum in! Whoop whoop, go Jude! She usually comes and watches but this time she’s doing the super sprint (so she can borrow my bike in the morning) and I’m doing the sprint in the afternoon. Tag team. She’s 65 so nuff respect. 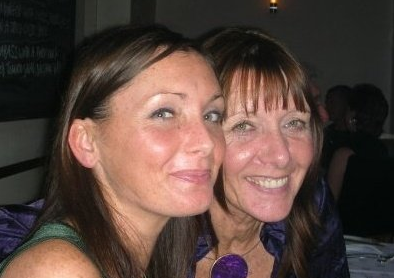 Now as I’ve mentioned I am rubbish at training for triathlons. I find it hard to fit it all in alongside other things I want to do, yoga, fitness raves, the standard. Which is why I am at the poolside at such a god-awful hour. I’ve signed up for an eight-week group-swimming course at Brockwell lido with the infamous Lido Mike – and it’s only £56 including lido entry. I think this is a total bargain! 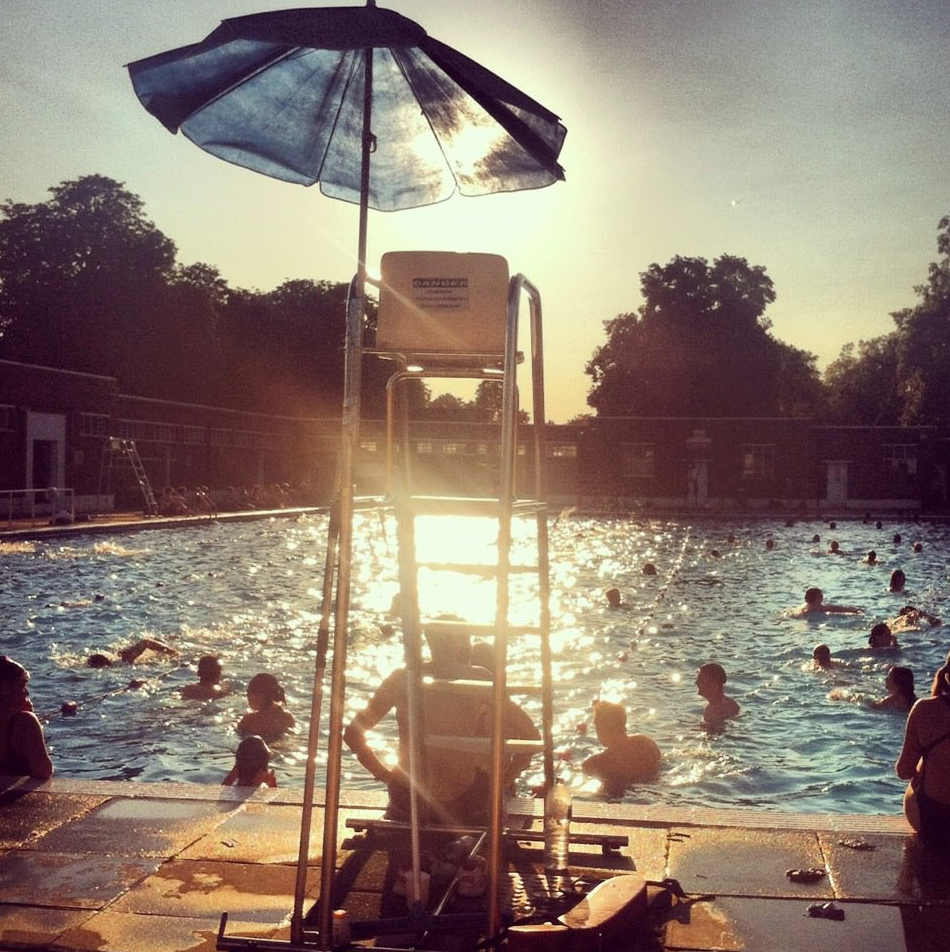 The course is for people who can already swim but want to get better (he also does one-on-one coaching if anyone’s interested). So it’s 45 minutes of drills such as sprint intervals, kick with fins, arms only etc. – things I always mean to do on my own but don’t bother. It’s also in an unheated lido which gives you the bonus of trying your wetsuit – and realising if you don’t fasten it correctly you get a nasty burn on your neck, see below – getting used to colder water, and chatting to other people who are doing triathlons and outdoor swims too (one girl is training to swim the Channel!). I really enjoy it. You feel so refreshed, not to mention smug, when you’ve finished, great way to start the day – plus it means you can eat a massive weekend-size breakfast afterwards. I have been ill again recently – can’t shake off these stinking colds this year – so haven’t actually done any swimming aside from these sessions but once I do, I’ll be like Flipper the chuffing dolphin. Or maybe not, a 15-minute swim time would make me very happy though. 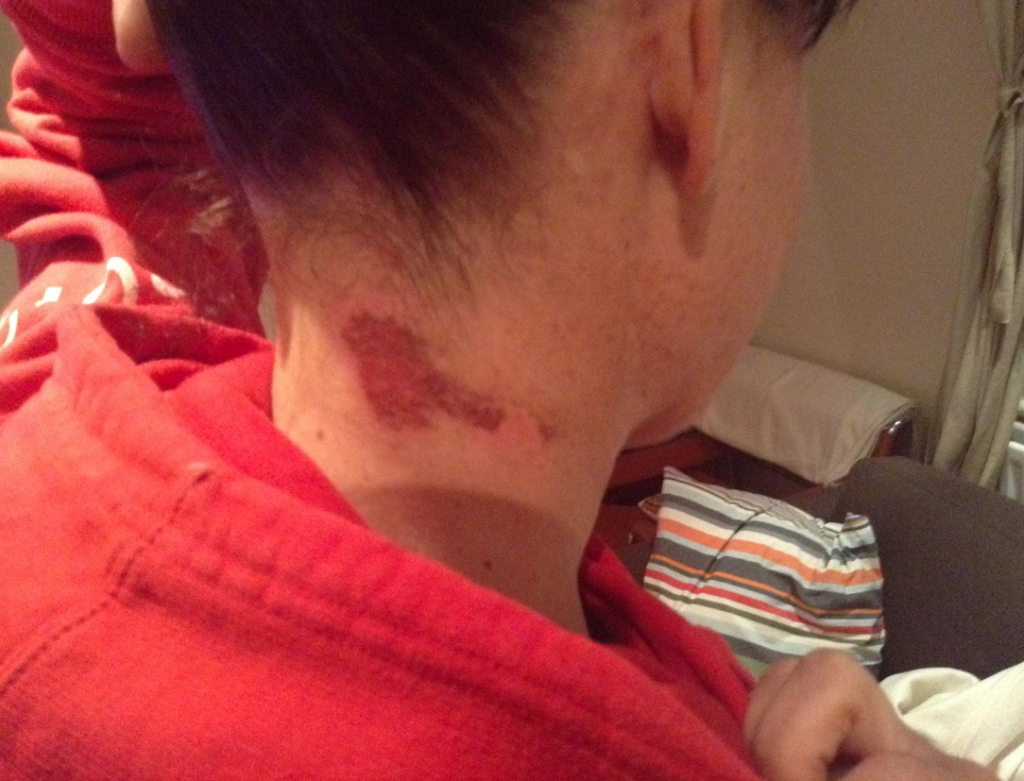 As for the rest of my training, err the cold kind of put paid to that and I haven’t been on my bike yet. Bad times. However, I do have a PT angel in the form of Kim Ingleby from Energised Performance. A triathlon pro who’s done an ‘only for total nutters’ Ironman (you end with a marathon! END with a marathon!) she’s sent me an 8-week training plan to follow. Which is brilliant, as I only have around 7 weeks to train so I need help, fast. Week one of the training plan is at the bottom of t he page, what I actually did is in turquoise underneath it. I’m off on an all-inclusive holiday to Turkey tomorrow, let’s see how I fare with week two eh? 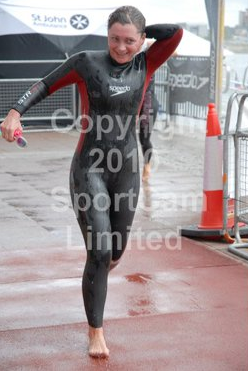 Swim tips i have picked up along the way

♦ If you’re doing an outdoor swim and you have chance, practice at least once with a wetsuit – it feels very different to swim in so it’s good to get used to it. It’ll also boost your confidence as they’re so buoyant you’ll realise it’s nearly impossible to drown!

♦ Don’t panic – despite being a relatively confident swimmer, after a chest infection a couple of years ago, which affected my breathing, i seem to get panic attacks in the swim every year now. The key is to take your time, get out of the path of the other swimmers, tread water a bit until you calm down, breathe slowly and then carry on.

♦ Grease the fuck out of yourself so you can get your wetsuit off – when I come out of the swim with tired limbs I have a tendency to fall over and get my legs tangled up in my wetsuit. It’s a good look. So i use A LOT of baby oil all over but particularly round the wrists and ankles where it’s tight.

♦ You WILL NOT DROWN – the swim is the bit of the triathlon that most people are worried about. Particularly if it’s outdoors. After all, you can’t touch the bottom. But in the London Tri, and i’m sure all others, there are so many canoes waiting to help anyone who needs to you will be absolutely fine. And if you’re worried about people swimming over you, start at the back and towards the side where it’s quieter and you’ll get a much more unbroken swim. When you start nearer the front it’s hard to get a rhythm in a short swim as you’re constantly bashing into people and being bashed.

♦ Put your goggles on with the strap underneath your hat – that way, when you get kicked in the face, you won’t lose them. And yes, i did say ‘when’. It doesn’t hurt though, honest.

♦ And remember, it doesn’t matter how long it takes – there are people of all different speeds there, and trust me, this will be the leg you are most proud of yourself for afterwards so just enjoy it! 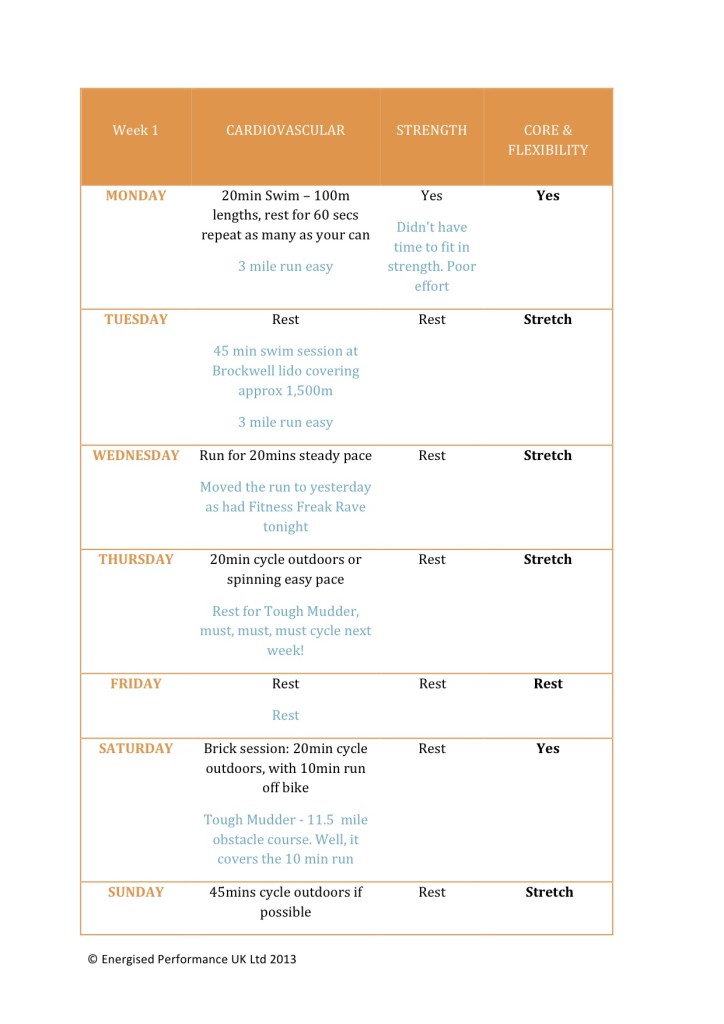 PS, I’ll put it up on the site in the next week or so but if you’d like a copy of the full eight-week sprint triathlon training programme from Energised Performance, drop me a line charlotte@lungesandlycra.co.uk and I’ll send you a copy. And if enough people are interested, we’re thinking of doing a live Q&A with Kim, so let me know if you’d be up for that too. Cheers

British summertime eh? What happened to that? Never mind we’ve got loads of fitness events to bring the sunshine instead