Rumour has it there’s some kind of marathon going down this month, but if you’re not acing your way round 26.2miles, try one of these great fitness events instead 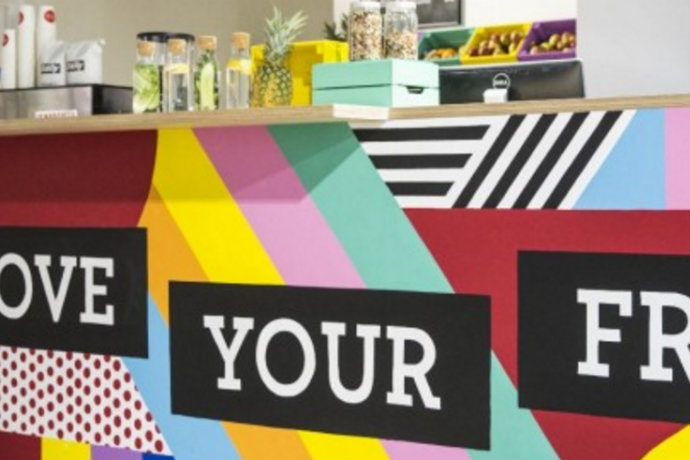 Boutique fitness studio Frame are going great guns at the moment. They’ve just opened their fourth London studio and to celebrate, between 1-3 April, all classes are a fiver. Two mins round the corner from Victoria station, classes include reformer Pilates, boy band dance and hip hop yoga. And they’ve got a cafe selling delicious food and a shop selling delicious kit too. Classes are filling up quick so check out the timetable here and book your place quick smart. 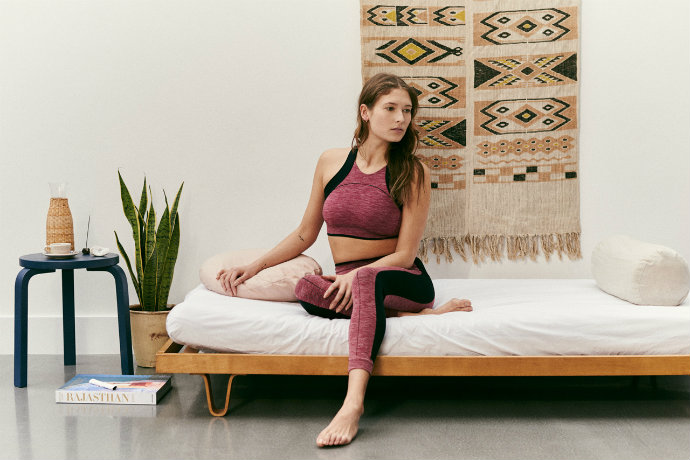 In Whistles stores and Frame studios from 1 April, prices from £45
whistles.com

In other Frame news, the studio’s line of activewear, designed in collaboration with Whistles, is out this month. The palette is neutral with blacks, whites and greys and a bright accent called tea-berry pink. It’s all very tasteful with some great basics (see pic on home page), and it’s just as good for lounging about as working out.

Not running the marathon this month but still fancy going the distance? North Face’s #NeverStopLondon community is hosting a series of free events throughout April, including trail running on 17 April, outdoor bootcamp-style sessions every Tuesday evening, and climbing on 14, 21 and 24 April. Do every event and you’ll cover 26.2 miles. If you can’t make it to the sessions you can download the new Mountain Athletics app and train in your own time. Complete the challenge and you receive a #neverstopmarathon patch (not sure what that is, but you get one anyway). Find out more and book your place here. 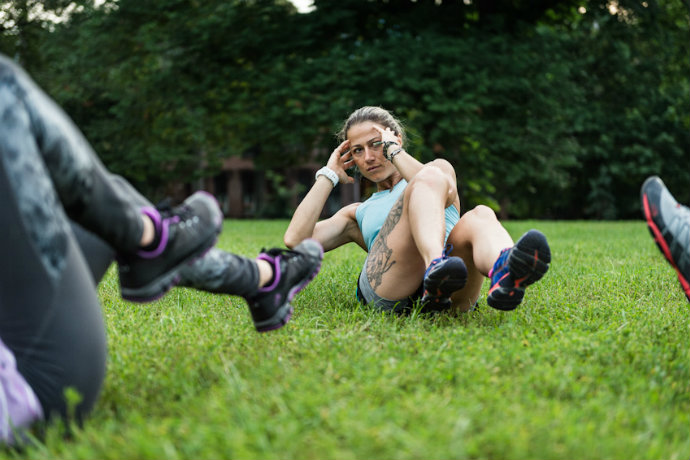 To celebrate the launch of the new Mountain Athletics range of clothing from The North Face, available in Blacks, Blacks stores in Holborn and Manchester are holding special one-off events. There’s a talk from North Face athlete and climber James Pearson (who is an amazing guy, we’ve met him, inspiring and lovely) then it’s all outdoors to a nearby green space for a Mountain Athletics training session, designed to get you fit for climbing mountains and running trails. Expert advice, refreshments and giveaways included.

A game-show inspired obstacle course race, Rough Runner challenges include big balls (snigger), water slides and a travelator. Chose from a 5k, 10k or 15k route – no laps. The further you run the more obstacles you encounter. There are Rough Runner events in Scotland, Manchester, Oxfordshire, Somerset and on Clapham Common later in the year. 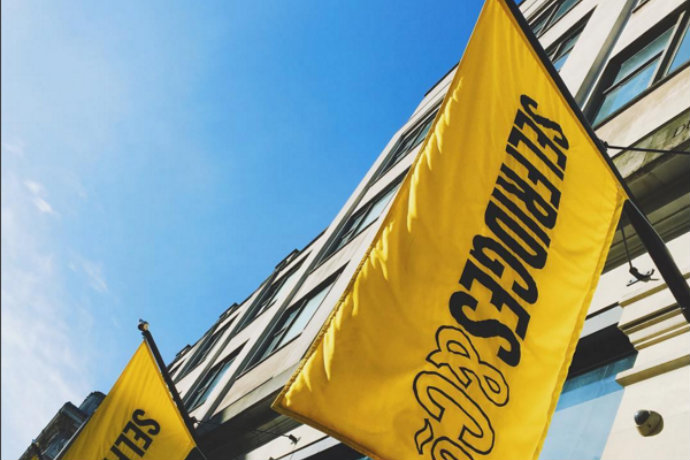 Indoor cycling studio Psycle is popping up for six weeks in the brand spanking new BODYWORK fitness space at Selfridges. There are 25 bikes, showers, free drinking water and six 45-minute classes a day (four on Sundays) to choose from. Bookings for the first week of rides are open now. 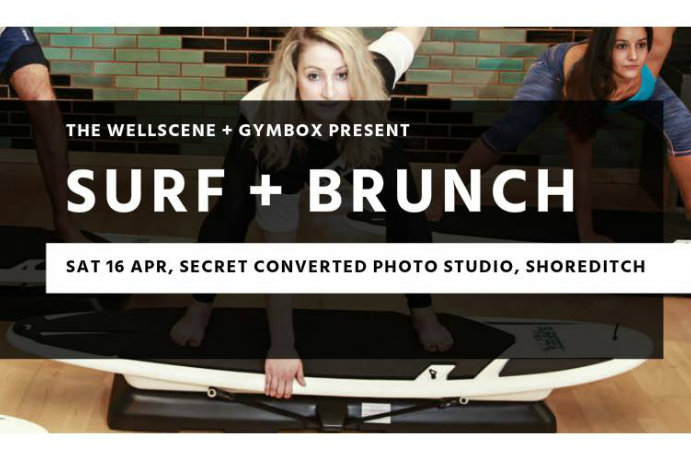 The WellScene, formerly Secret Urban Escapes, specialise in fun events with the location kept hush hush until the last minute. At the moment we don’t know exactly where this is, just that it’s a secret photo studio in Shoreditch. Doesn’t really matter about the location though, this sounds fun. In a collaboration with Gymbox, the class uses wobbly Surfset Fitness boards to simulate the demands of surfing without the need for water. Great for the core, the HIIT style class finishes with a sit-down brunch and a chat. Splendid. 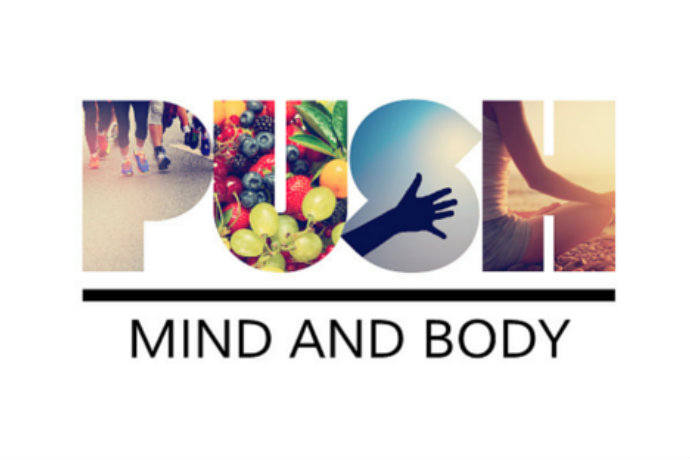 Bootcamp and luxury fitness retreat company PUSH are bringing their workouts to the Hoxton Hotel in Holborn. After a morning of three hardcore training sessions with PUSH trainer Maciela Culliford, there’s a workshop about getting your attitude right and pushing to the next level with entrepreneur Julianne Ponan who became CEO and owner of Creative Nature Superfoods at just 22. Drinks and snacks provided.

FREE
Shrug it off yoga

Designed to release tension held in the shoulders, particularly useful for those who have desk-based jobs and bad posture, this is the ideal class for a Sunday morning. First come, first mat so get in early.

Over at the lululemon King’s Road store, they’re exploring a different style of yoga each week in April with teachers from triyoga. Details of those classes haven’t been released as we write but check out the lululemon Facebook page for details of free classes and run clubs as they’re released. 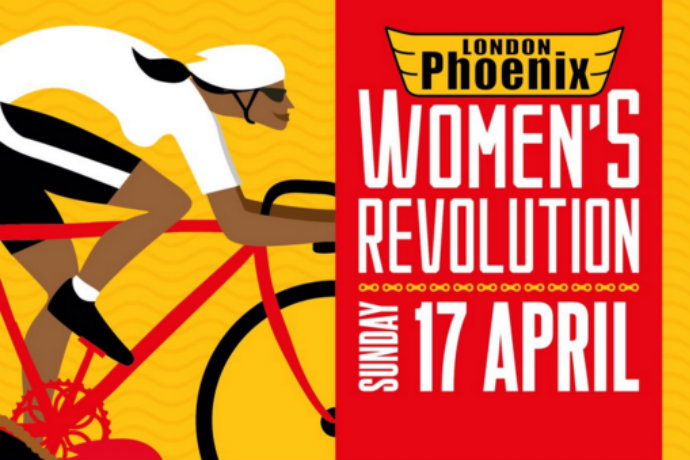 London Phoenix Cycling club are hosting their first women-only ride from Look Mum No Hands. A 50-mile jaunt into Hertfordshire, there’ll be different pace groups to ensure no one gets left behind and ride leaders to help keep the group together. You’ll finish back at Look Mum No Hands for coffee and cake. Places limited. 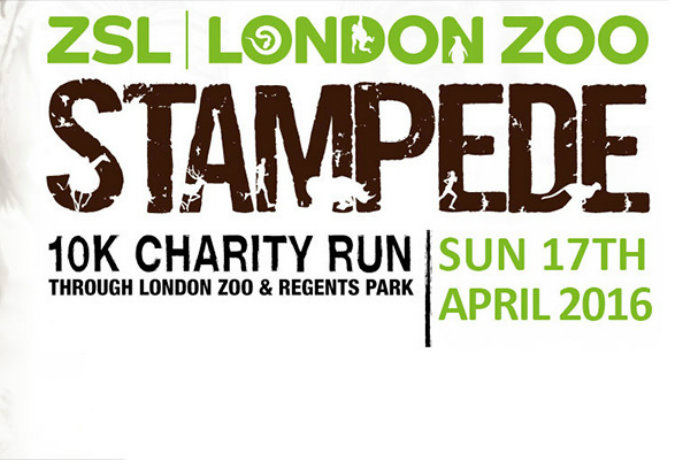 If you like your 10ks a bit different, try this for size. The ZSL stampede route takes you through the zoo(!) before heading out into the more familiar terrains of Regent’s Park. Held to raise funds for endangered animals, your entry includes a visit to the zoo afterwards and a medal (hopefully a cool one). They do ask runners to refrain from wearing full animal costume though, boo. 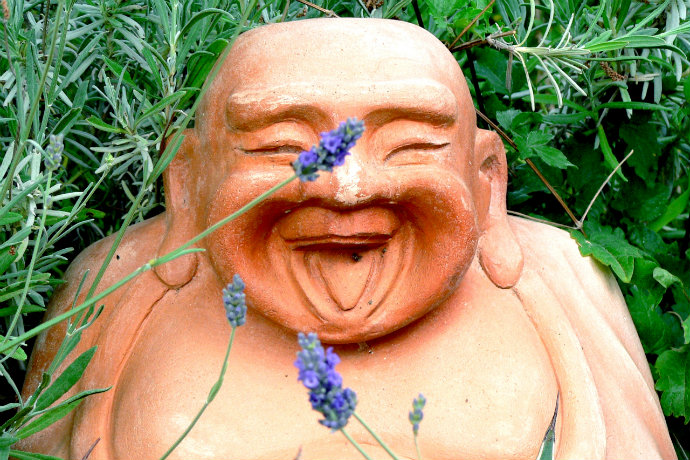 Are you the type of person who gets the giggles in yoga? This hour-long group class is totes for you then. Led by Federica, the founder of Ahahlaughteryoga, you’ll practice laughter exercises – apparently fake laughter has the same physical and emotional benefits as the real deal – breathing and relaxation techniques. It’s free, what have you got to lose? 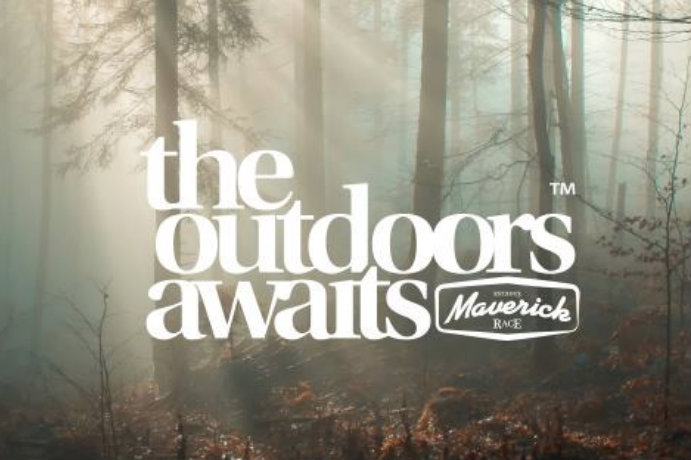 This trail running event is held on The Cowdray Estate on the borders of Sussex and Hampshire with the Victorian Cowdray mansion and South Downs national park as your backdrop. Nice. There are three distances to choose from, short (8k), middle (16k) and long (24k) and they cover a number of different terrains. It’s tough, there are hills, but it’s beautiful. Dogs and family are welcome and all finishers get a medal and a t-shirt. We’re probably going so we’ll see you there! 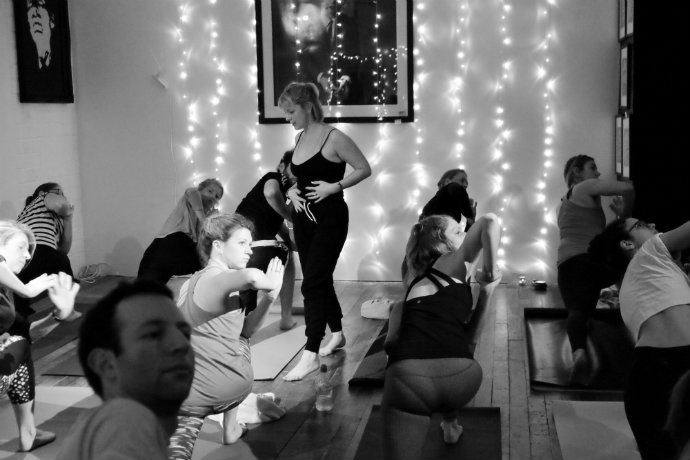 Held in Christie’s salesroom in South Kensington – which should be pretty cool as you can check out the pre auction after – this charity yoga brunch is organised by healthy food blogger and caterer Emilia of Hackney Pantry. All proceeds will go to charities Sense and Special Effect, who friends of Hackney Pantry are running the marathon for the following day. After an hour of Vinyasa Flow yoga, with special sequences for tired and tight muscles, you’ll be treated to a delicious buffet brunch, a hydrating smoothie and a little treat to take home. Ps, there are two yoga teachers, Holly and Jade, and Jade is running London the day after. Respect. 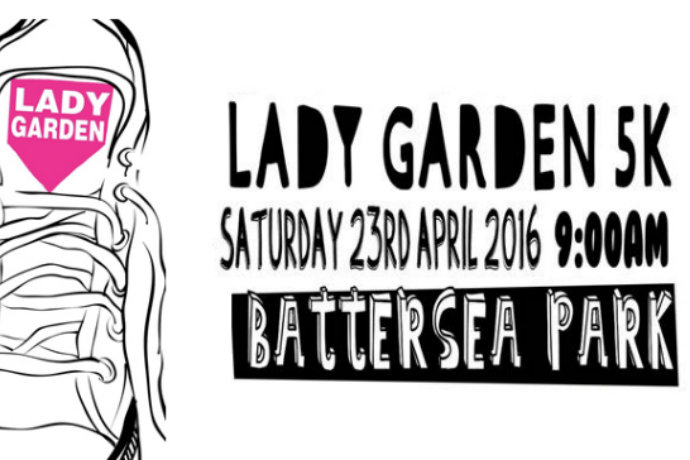 This women-only 5k run is raising funds for The Gynaecological Cancer Fund and research into the disease known as the silent killer. With t-shirts from Lululemon, a warm up and cool down by personal trainers from swanky fitness space LOMAX, healthy refreshments and children’s entertainment, it sounds like a pretty good day out for an even better cause. This is the first Lady Garden 5k and runners are asked to try and raise £200. 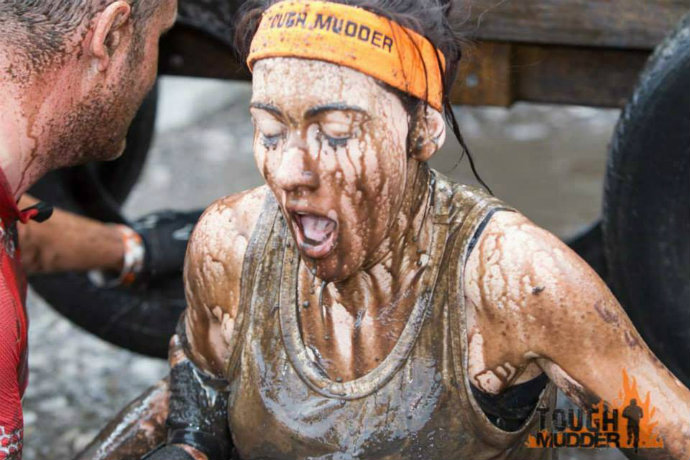 We don’t need to tell you what Tough Mudder is surely? Basically you get electrocuted, submerge yourself in icy water, clamber over huge walls and get caked in mud over a 10-12 mile course. There are still limited tickets left for the London West event – not west London at all it’s actually Henley on Thames. Pricey but fun!

Know of any fab events going down in May? Email charlotte@lungesandlycra.co.uk

The super-smiley, gold-medal-winning Olympic boxer talks diet, training, running, archery (!?)  and clubbing with mates. So it is possible to be an Olympian and…