So this week some w*nker stole my bike. I live in London this is no great surprise, a bike is stolen every minute. What is a little more surprising is that I got it back (over 95% never see their bike again). Here’s a rundown of my day as a bike thief vigilante and how to avoid being the next ‘one stolen every minute’.

Situations like this bring out the angry Scot in me. I see red. I behave irrationally. I refuse to listen to anyone. I’m definitely a ‘fight’ rather than ‘flight’ kinda girl. This can sometimes be an asset but more often than not it gets me into trouble. Before I go on let’s make this clear, I do not condone my behaviour. That said I would do exactly the same thing again, minus wasting my time hanging about in the police station.

So on Wednesday evening when I found out my bike had been nicked I got a serious case of red eye. Every cyclist became a potential ‘perp’. If I saw someone on a bike that resembled mine I’m pretty certain I would have instigated a bare knuckle fight in the middle of the high street without a second thought (see Exhibit A).

Exhibit A: Facebook status at time of the theft

“If I see anyone riding round Brixton on a GIANT mountain bike whether it’s mine or not I plan to hit you in the face.”

I promise you wouldn’t suspect me as the sort…

Me on a day out as a law abiding citizen

I then scouted the internet for my missing bike, within minutes I had found it on Gumtree but I needed to be sure. I rang him. Despite the red eye I managed to maintain my undercover persona, I established it was my bike and arranged to meet him later that evening to buy it. I called the police (on 101, their non-emergency number) to ask if someone from the police might be able to come down with me…they told me to go down to the station.

After giving details and waiting for an hour or so the bobby told me to go home… stabbings take priority. I get it, there’s more serious shit going down in Brixton. What I didn’t appreciate was being told that they wouldn’t do anything about it but I shouldn’t either. So when I got out of the station I planned a meet up. Luckily for me, because it isn’t very sensible to meet criminals on your own at half 11 at night, he was sleeping so I arranged to meet him the next day.

The next day I was more prepared. I put on my running kit in case I needed a quick getaway. I took an old bank card in case he demanded to see how I planned to pay for it. I had a tin of concentrated hairspray in my pocket to blind the bugger. I had a set of sharp keys to key him in the face with, post blinding obviously. Finally, I told someone where I was going in case for any reason I didn’t come back.

Lambeth Met Police didn’t have time to come with me but while I was prepping supplies they did however manage to trawl the internet to find my twitter slating of them. They sent me a tweet me to follow up my crime number (see Exhibit B for my response).

“@lambethmps yes I have a crime number. The police made it clear that stabbings take priority. If I get stabbed I’ll be in touch.”

Then when I was on my way I got a call from the police. Yay to the power of the twittersphere! Two officers had some time but I wasn’t going to compromise the recovery of my bike. I told them what I was doing and they waited nearby, they ‘had my back’. So I met up with the ‘perp’, looked as innocent as possible asked to go for a test run on it (rookie mistake on his part). The two bobbies arrested him, confirmed it was my bike, vigilante mission complete. Now there’s just a court date to follow.

Despite my online slating of the police, they were great when they got there. So a massive shout out to the two policemen who helped retrieve my bike and a very special shout out to PC Bateman who went the extra mile. 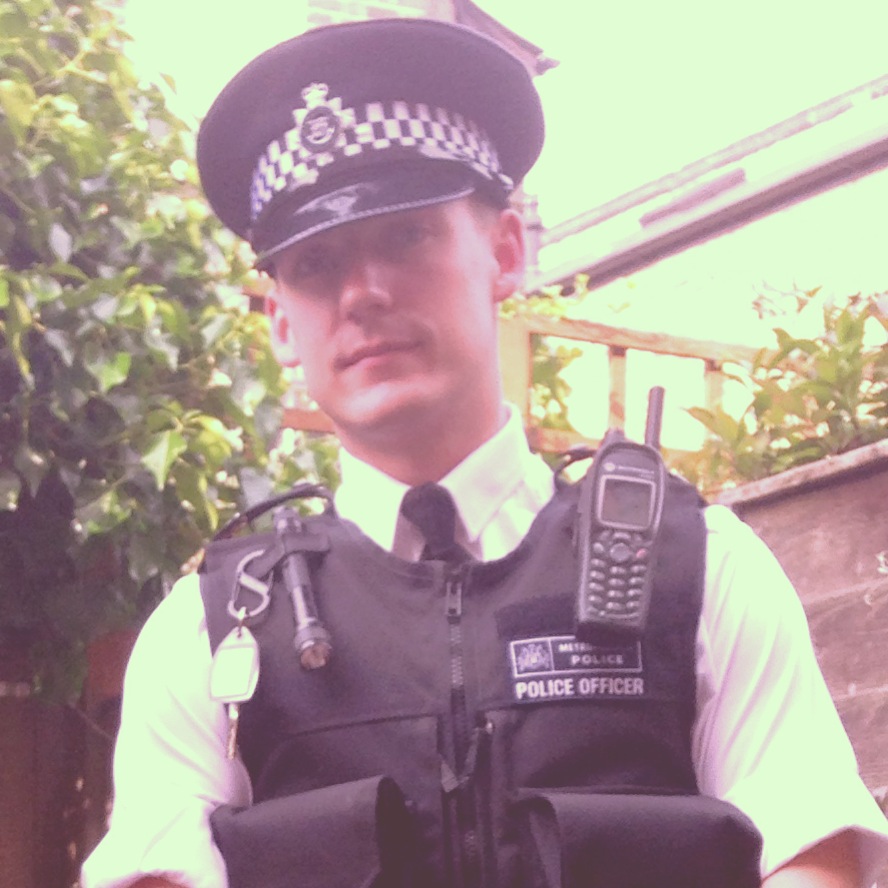 PC Bateman aka one of the only helpful bobbies in Brixton

Got a similar story or some top anti-theft tips? Pop them in the comments section below or email emma@lungesandlycra.co.uk

Ashtanga, hatha, cunnilingu… what do they all mean and which style is best for you? Find out with our basic guide to yoga –…