Yeah, yeah, while we know it should be about competing with yourself, bettering your own time and not comparing yourself to others, that PB is made so much sweeter if you know you socked it to an X-Factor finalist.

Therefore, for your delectation, here are some celeb times from last weekend’s Royal Parks Foundation Half Marathon and September’s Great North Run. Unfortunately, this year, a disappointing number of reality stars with fake eyelashes took part, and the times on the whole were pretty good. Where were you Amy Childs?! 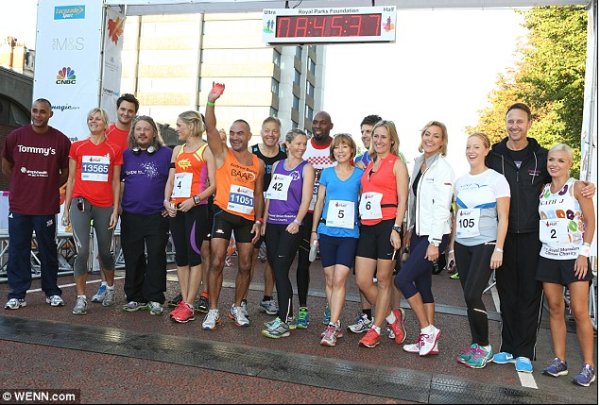 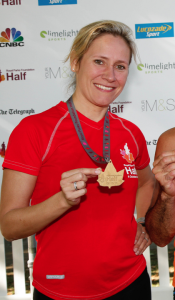 The newsreader seems to run in every race EVER. She was at the Great North Run too. Aiming for sub 1:40 she just missed it with 1:42:09. Still, a PB. Good effort Sophie.

Wayne Gordon, aka DOOM, did it in 1:50:29. You could do some good hill training on a travelator. 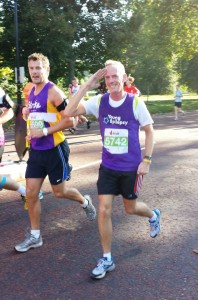 Used to be in Changing Rooms? Did that weird diving programme with Tom Daley. No? Oh well she ran 2:05:50 anyway. 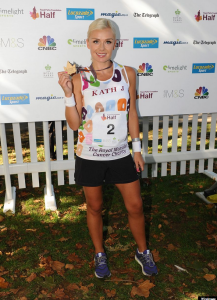 Classical singer Katherine did it in 2:04 last year, 2:14:23 this. After a summer of not much training on our part, we know the feeling Kath. 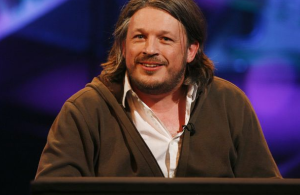 He’s a comedian. We’re mainly putting him in because we saw him twice (once on the course, once in the race village) and we’re sure he was running in tracksuit bottoms. Far too warm for that malarky. 2:37:40

Register your interest for the 2014 ballot here 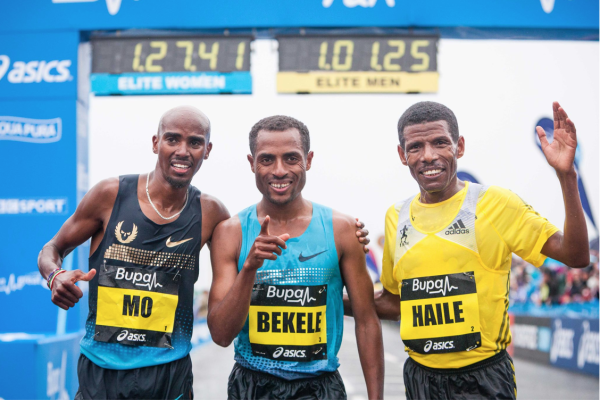 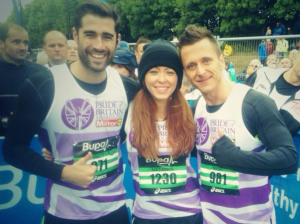 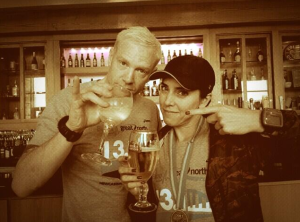 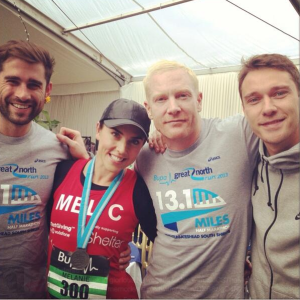 This was Sporty Spice’s first half and she did it in a pretty impressive 1:48:04. (Since beating me by 20secs in the London triathlon a couple of years ago, Mel C has been my nemesis. I’m secretly pleased to have a faster HM time than her. Don’t tell her though. Charlotte) 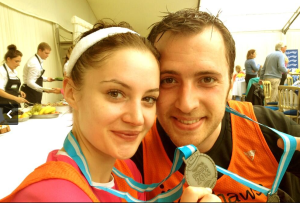 With her boyfriend who ran 1:45

Kylie out of Corrie crossed the line in 1:51. A PB 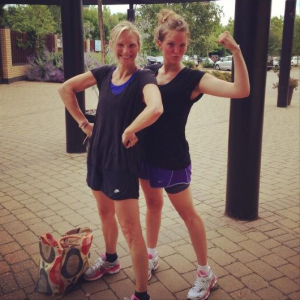 The radio DJ ran with her 20-year-old daughter India. They crossed the line together in 2:05:43. 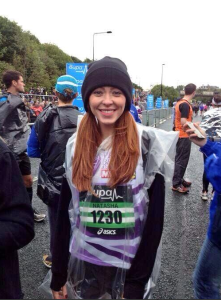 The Atomic Kitten, running for Pride of Britain, said she was very chuffed with her 2:19:42. Good on ya Tash.

Ps. some other celebs did take part but we had no idea who they were so didn’t bother including them.

Fancy it next year? Register for the 2014 GNR reminder service here