Project Fit is a relatively new studio in the city specialising in high intensity interval classes. Founded six months ago by personal trainers Joel Hilton and Ben Staines, classes combine what they call ‘body transformation exercises’ (think an ever-changing selection of body weight, free weight, TRX, bosu and strength moves) with hardcore bursts on the treadmill, all in a chrome-floored, red-lit studio reminiscent of a Soho nightclub. Some evening classes even have live DJs, bonza. 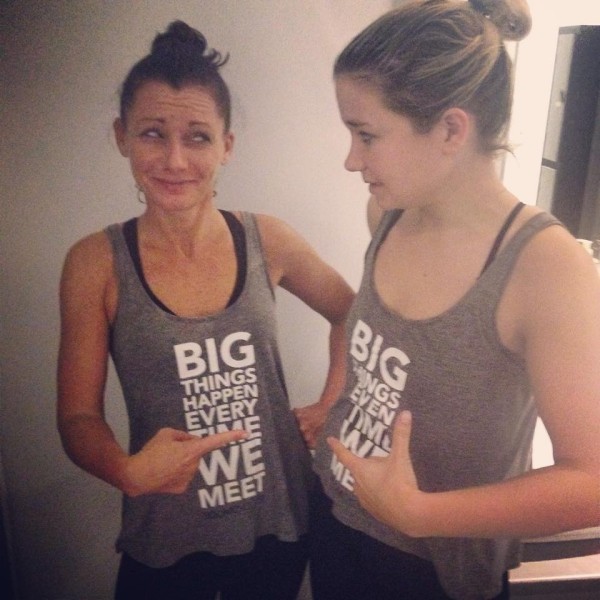 Turned up to class in matching outfits. Tools

If you’re up on your fitness studios, so far you could be thinking this all sounds a bit like celebrity favourite Barry’s Bootcamp. The American-import based in Euston (and opening in East London soon) that combines strength work with, erm treadmill intervals. I’ve not been to Barry’s but I have to say yeah, it probably is. But so what? There’s no such thing as a new idea. And Joel does point out the main difference – each Project Fit class works the whole body whereas Barry’s classes target different muscle groups on different days (although they also have full body workouts on Fridays and at weekends) so if you want to work everything you need to go a few times a week.

There are around 48 classes a week at Project Fit and they’re all either 1hour or 35 minutes long. In for a penny, in for a pound, last week Em and I decided to try out the full hour-long sesh. Holy moly, it was hard. Great fun but hard. 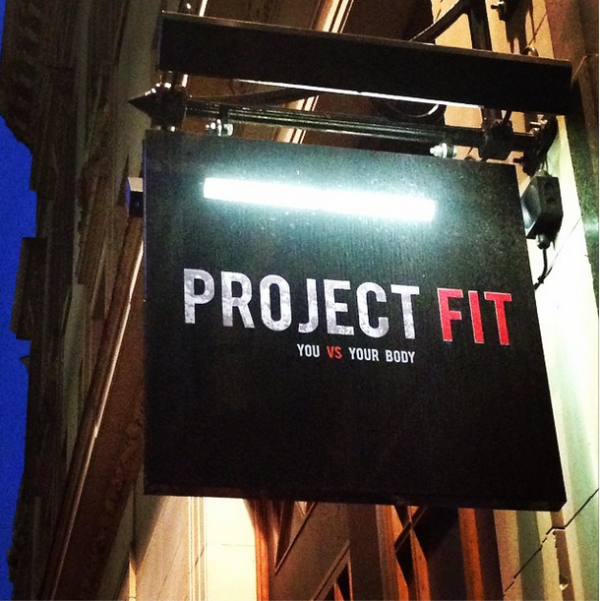 There were 12 people in our class – numbers never exceed 18 – so you always have enough space to work out properly but not quite enough space to hide at the back and skive. The group was split into two with half going to the treadmills on a raised level of the room and our half of the group staying on the floor with a step, mat and some dumbells for company. To keep things fresh, classes follow a different routine every time, meaning you never do the same session twice. For our class the work was divided into four sections of around 10-12 minutes, two on the floor, two on the treadmill.

We started with a basic warm up and some mobility work to get us ready and then, for my group it was into the first weights section. The exact sets have been wiped from my memory in a blur of sweat and gritted teeth but for around 12 minutes we alternated between combinations that involved squats, single leg work on the step, shoulder raises, bicep curls, tricep curls and planks, kneeling down and standing up while carrying weights (very hard) – basically things that made my weak-ass arms and glutes burn. Instructor Ben split his time between the two halves of the room, giving us instructions, checking form and demonstrating the next move then running over to the treadmills to tell them what fresh hell was next. 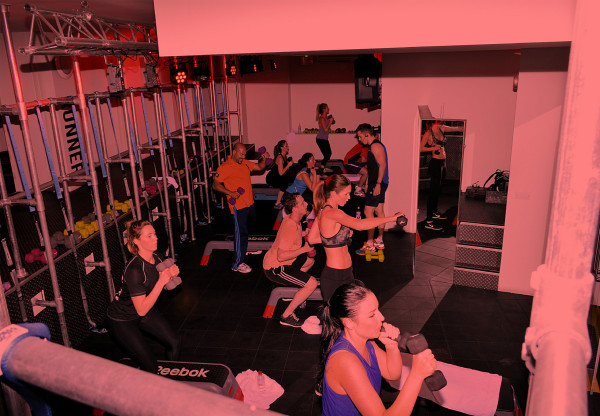 Now I’m not a lover of weights, owing to the fact that I have no strength and therefore really need to do them, but it was the thought of the treadmill that was worrying me. Somewhere amidst the grunts and moans our group was making I could hear Ben calling out some treadmill speeds and inclines to the others and they were sounding pretty high. Oh yes, that’s because they were.

As we headed over for our first 12-minute treadmill blast and tried a minute or so walking to accustom ourselves to the machines, we were given a choice of three starting speeds for the main set. 11, 13 or 15. Err, didn’t this class claim to be suitable for all levels? I went for the middle option and every 30 seconds or so we took the speed down 0.5 and pushed the incline up 1 until before I knew it we were running at speed 7 on a 10 incline then working the opposite way again. Crazy times.

Back to the floor for some more strength work – chest presses, pec flies, press ups and all manner of other lovely things. Then on to the final treadmill set. This time it was one-minute sprints with 30-second recovery breaks. All sounded fine until Ben told us the sprints had to be at a speed between 13-20 and the final three would have an incline! I don’t think I’ve ever put a treadmill on anything over 14 for fear of flying off into the door but you got to try these things right? Turns out I can just about hold on for a minute on level 16 although not without a little voice in my head screaming ‘shit, shit, shit, slow down.’ 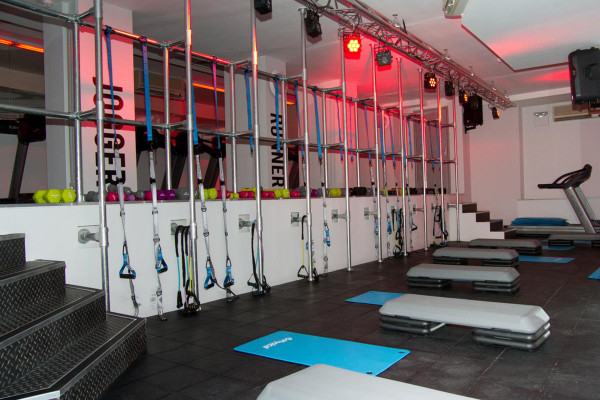 Treadmill set finished, sweat and mascara smeared all over our little red faces (yep, even the guys) it was time for a cool down and a much-needed stretch before a protein smoothie from the bar in reception.

Our verdict? Challenging but awesome! And it would be great to add to a marathon training schedule for a bit of speed work if you’re a runner. That said we did have a couple of queries with regards to participants who are new to training.

Project Fit says it’s suitable for all fitness levels but the treadmill speeds we were given were FAST – I loved it because it made me try higher speeds and inclines than I ever would on my own but for those who are new to exercise or to running (and even for a lot of people who aren’t) a low speed of 11 would seem pretty intimidating. We brought this up with Ben after class and he said that he judges by the group ability (ours was a group of regular exercisers), the workout can be tailored to all fitness levels and there’s a Walker, Jogger or Runner pace so you can go at whatever speed you wish. If you want to walk, you can walk the whole thing. 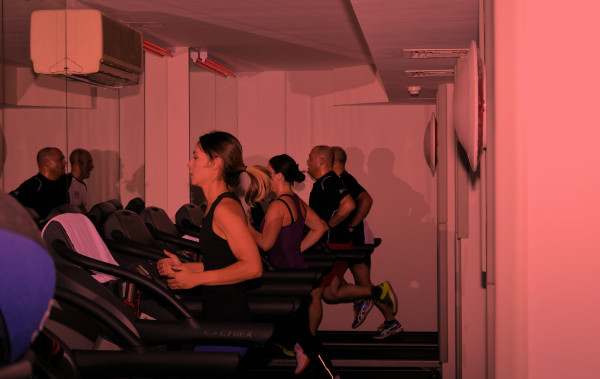 Likewise the strength work, owing to the number of different exercises and the fact that they keep changing it can be difficult to keep up if you’re not sure what they are, in our class there was presumed knowledge about what a plank is for example (again, likely down to the people in the group). In an ideal world you’d have an extra instructor, one for the floor, one for the treadmill but if you stand next to someone who looks like they know what they’re doing you can copy them, or try a weekend class, they tend to be less busy.

And of course if you’re unsure of anything, don’t be afraid to ask. As the Project Fit motto goes it’s ‘You Vs Your Body’, you’re only competing with yourself so take it at your own pace. And if you already train regularly? Shit me you’re going to love this place! We’ve already been back about 20,000 times, we’re addicted!

Class costs vary depending on day, duration etc but first class is free of charge. To book for your complimentary session visit project-fit.co.uk

Sweaty, strengthening and acrobatic, AntiGravity Yoga is a much tougher workout than you may think. Apparently Gwyneth Paltrow is a fan but don’t let…