The newest running shoe on the Nike block is finally out and it’s certainly giving us come hither face. But does it run as good as it looks? 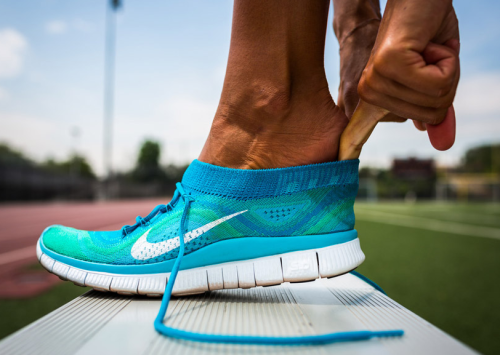 There’s always a bit of a buzz when Nike launch a new running shoe, especially when it’s something a bit different to the norm like the Nike Free Flyknit with it’s strange sock-like upper. Well last night we were lucky enough to be some of the first people in the UK to test them out with a 5k run round Clapham Common, check us! Released today (1 August) the super-lightweight Free Flyknit is a combination of a flexible sole (if you’ve run in Nike Frees before it’s the same sole as the Nike Free 5.0) and a seam-free polyester upper that looks like a rather jazzy sock. In fact, the Nike guys told us that, after chatting to runners about what they wanted from a shoe, the idea was to make something so light and comfy to wear it felt like a sock on a sole. If our test run is anything to go by, job pretty much done. 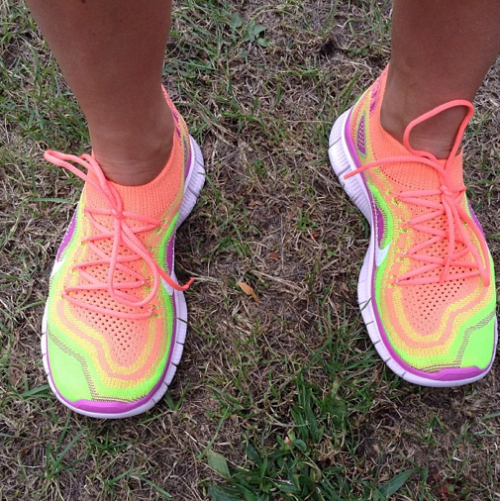 If anybody would like to buy me a pair, can I have this colour?

First things first, there’s no denying these are a snazzy little number. Yeah they come in black and grey colourways but they also come in much brighter versions, the men’s in particular are a bit ‘WOWZERS DUDE’.  But I (Charlotte) am slightly in love with the version they call ‘pink’. Not pink at all but bloody lovely, a bit like a pre-sucked, multi-layered gobstopper (see above). Emma’s all over the blue and orange ones. 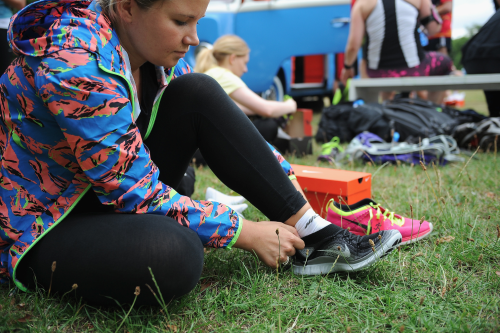 We were a bit dubious about the old sock upper. Would it be hard to get on, would your foot slip out at the back and over the edges as you ran? The answer to all of those questions is no. Went on like, well like a sock, super-easy. As for slipping off, no, not even slightly. The upper has varying zones of compression and support just where you need them so it stays snug on the foot and you soon forget you’re wearing them. That said, they hadn’t brought any half sizes with them. I’m a 4 but usually run in a 4.5. As the shoes are so fitted to the foot I thought I’d get away with a 4 but I’d stay stick to your normal running shoe size, on my left foot the shoe felt like a dream on my slightly bigger right it started to feel a little tight towards the end.

Another major bonus of the upper is that it’s seam-free so you don’t get those nasty little rubs on the back of your heel or side of the foot you sometimes get from stitching in new shoes. How durable the sock bit is is hard to say without running in a pair for a couple of months but they certainly seemed to be made of tough stuff. 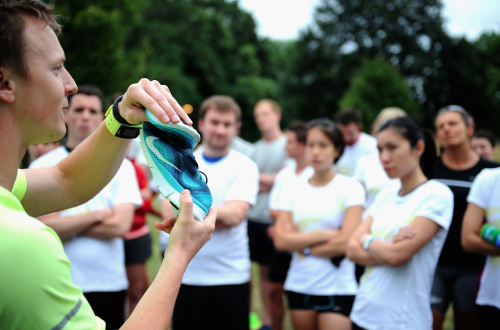 The sole is a Nike Free+ 5.0 midsole. If that means nothing to you, it’s the same sole you get on some of the Nike Free trainers already. It’s nudging towards a minimal shoe. The way Nike explain it is if you take a scale of 1-10 with 1 running in barefoot and 10 being a traditional running shoe, the 5.0 sits in the middle. So it’s got a bit of cushioning but not as much as some of your bulkier trainers and it’s very flexible allowing your foot to move naturally and feel the ground as you run. If you usually run with more cushioning and support it may take a bit of getting used to and it’s probably advisable to build the miles up slowly, in fact if you need cushioning and support this isn’t for you. But personally we’re fans of a lighter shoe and sole so this felt great. 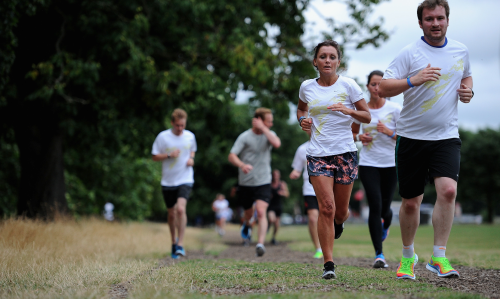 Looks good, feels good, lovely and light. Would like to see how it wears but you’re never going to get that in a 5k. There is, however, the question of price. At £130, these babies ain’t cheap but try them on and if you think they’re the shoes for you, go for it. Finding the perfect pair of runners is like looking for jeans, when you find them you just know. And if you want to blast £130 just to look pretty damn cool, well then sod it, who are we to judge? 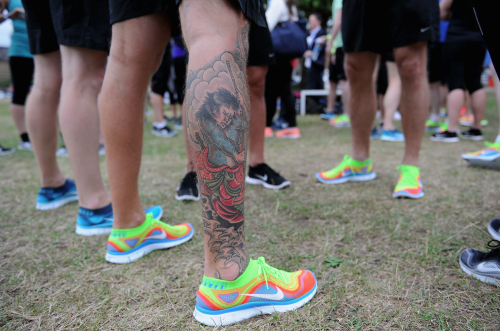 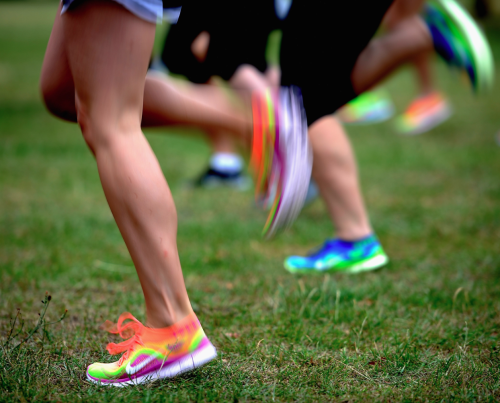 and an action shot 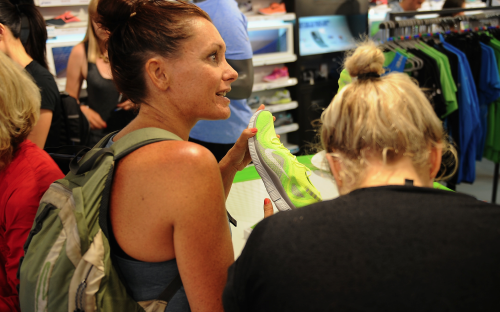 and a delightful shot of us doing some sweaty shopping

An event which combines our two favourite things, running and gin, where do we sign!?