We’ve spent the past few weeks testing out the latest GoPro, the shiny HERO4. Here’s the verdict on the latest features.

GoPro cameras first hit the market in 2004 as a compact wearable way of capturing sport and action footage. Since then they’ve become household – filming everything from the ordinary to the extraordinary.  These hardcore little cameras are shockproof and waterproof. They can be attached to pretty much anything, from helmets to surfboards or even your chest with a harness. They are simple to use, produce high-quality footage and enable you to post instant content online. We tried and tested the HERO4, here’s what we made of it.

The main difference between the HERO4 and earlier models is the LCD back display, making it easier to get the right shot. You can also use the playback function to make sure you’ve got the shots you want. The screen also doubles as touch control which means that changing camera settings is easier. 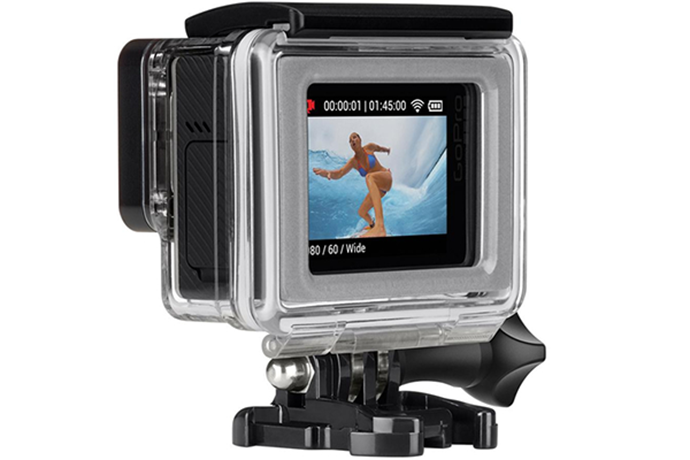 The quick capture mode makes capturing a mid-mountain shot even easier. Just press it once and the video starts recording, or hold it down to start taking photos using the time-lapse settings. We love the time lapse settings for getting that unexpected cracker of a shot. 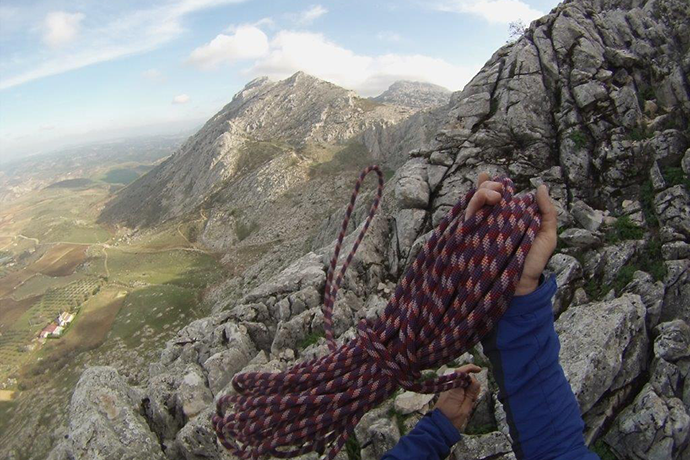 Battery life for the HERO4 promises to be around 3 hours for continuous video. We put it to the test and it held out for about two and a half hours. Just make sure you turn off any connectivity functions. If you’re planning on using it for longer you can get additional battery packs which cost about £16.

Photos using the HERO4 are an improvement on the 3 model allowing you to take 12 mega-pixel photos at a rate of 30 frames per second (the new upgraded HERO3+Silver is 10 mega-pixels at 10 frames per second). This means impressively clear images that works well even indoors with minimal light. The faster frame rate also means picking far better shots when using for sport and fitness photos.

The video quality on the HERO4 is the same as that found on the HERO3 (1080p60, 960p60 and 720p120) so not a lot has changed there. It still looks great, but if you’re hoping to shoot video only and don’t care about the screen then the HERO3 may be good enough for the job.

The HERO4 also has a load of other useful features. A new setting makes taking shots at night a lot easier. There is also an auto lighting mode which adapts as the light changes. There’s also a nice little tool for marking up important shots as you take them to help.

The LCD screen is the winning feature for the HERO4 and makes it worth the upgrade. It’s easier to use and makes it easier to get the perfect shot. The image quality is also noticeably better and the increase in the number of time-lapse settings. If however you’re just looking to take some general shots and have a play around it may be worth looking at the relaunched earlier versions. The GoPro HERO now costs just £100, a good option if cost is a barrier.

After losing 14 stone Abi is tackling her first marathon, but says she wouldn’t be where she is today without the overwhelming support of…