The super-smiley, gold-medal-winning Olympic boxer talks diet, training, running, archery (!?)  and clubbing with mates. So it is possible to be an Olympian and still drink booze. Sign us up for Rio!

I got into boxing almost by accident. My mum used to go to aerobics and there was an after-school boxing class there. One night she couldn’t get a babysitter for me and my brother so she took us boxing… and that was it, I loved it.

Don’t worry about boxing gyms being male dominated, most are really friendly, you’ve just got to go in and give it a try. I was the only girl when I started but that didn’t put me off. I was only 12 and I just wanted to box and have fun. Since then more and more women have taken up the sport, particularly after the Olympics.

I train three times a day, Monday to Friday. I run in the morning; do weights, pull-ups, press-ups etc mid morning; and then it’s a boxing session, so sparring, bags, skipping. The boxing session is definitely my favourite. 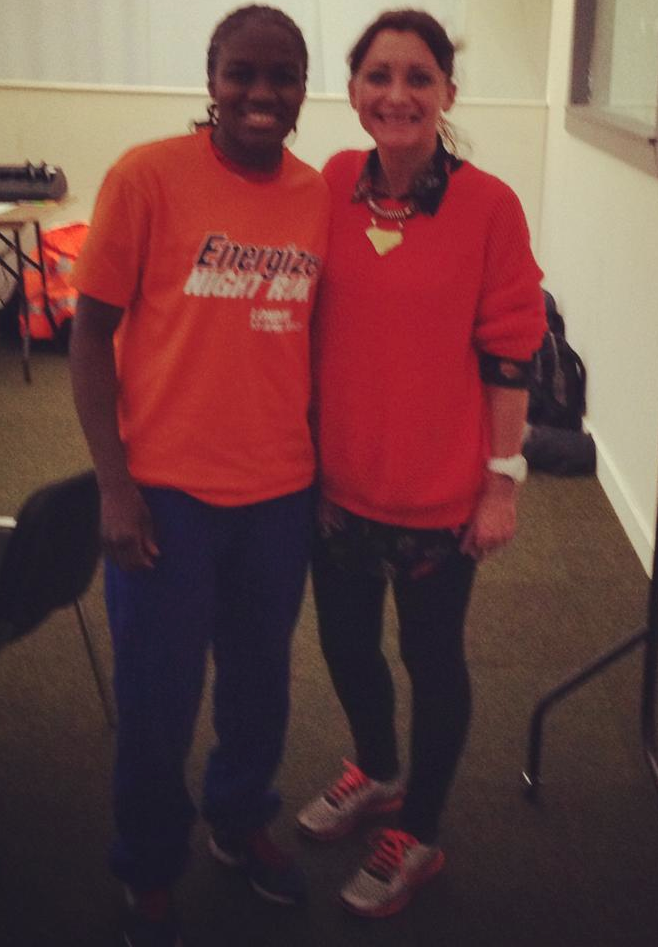 We like to coordinate outfits with all Olympians we meet

When I run by myself I enjoy it but when I run as part of training I don’t. The coaches push you really hard. It’s tough!

When we’re training we have pre-made meals delivered to us. If you’re losing weight for a fight then they’re more protein-based, less carbs. If you’re putting on weight there are more carbs. Slimming down can be pretty annoying!

To psych myself up before a fight I listen to music – Hip hop, R&B, funky house. If I come on to a song it’s All of the Lights, Kanye West.

If you want to try boxing, go on the aba website, find a local club, go down and see if you like it. If you don’t want to to get hit, try a boxercise class.

Being injured in 2009 was really tough. [Nicola broke a bone in her back after falling down stairs.] I went from being able to do 400 sit ups a day to not being able to lift my shoulders off the floor. It was really hard getting back into training again and keeping myself motivated. I think I’d have been better if it had been a broken arm or something because at least then I’d have been able to go out and have fun. Instead I was in bed for three to four months.

Seeing my peers improving while I was injured just made me even more determined. I said, ‘I’m going to get back into it and I’m going to be even better than I was’… and I did.

Yes I’m smiley but I’m really competitive too. I like to win in anything I do, even if it’s just a game of Monopoly.

If I was to try another sport it would probably be archery. I got to do it as part of the TV show Superstars and I was actually quite good.

After the Olympics my life changed overnight. It was a bit strange for a while. Instead of clubbing with my friends at the weekend I was doing TV shows. And when I came home after the Games, all the kids in the street followed my car.

Hang on a minute, clubbing?
Yeah. We’re allowed to drink a bit. I don’t drink when I’m coming up to competition though, that could be disastrous! 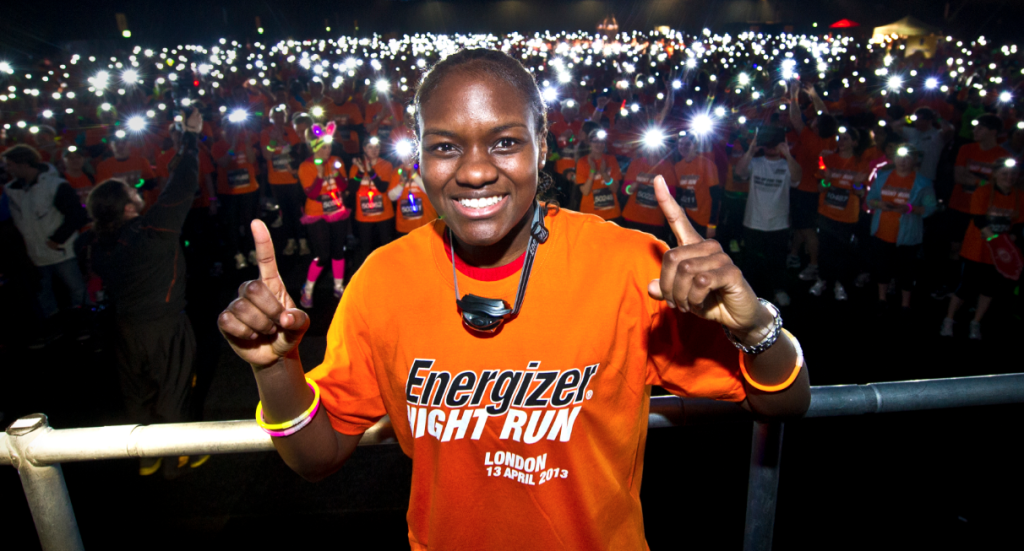 Smiley at the Energizer Night Run.

We met Nicola at the first UK Energizer Night Run, in Battersea Park. You can register your interest for the 2014 run here.

After volunteering with A Mile in Her Shoes over Christmas, Charlotte spoke to founder Nicola Miller to discover how the charity is helping homeless…