Sadly no Cheeky girls or TOWIE cast members this year, in fact generally some pretty respectable times. But still, see how you compare with these London marathon running slebs. 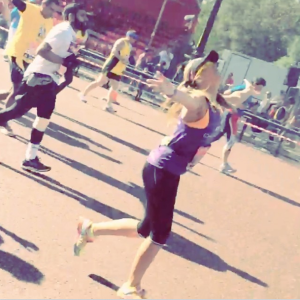 6.08.09 Amy Willerton, the model who went to the jungle for I’m a Celeb was the slowest of our celebrity runners. Great finish line pic. Think she’s doing the London Duathlon later this year too. 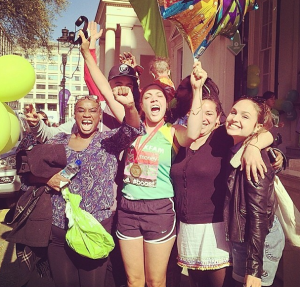 5.18.16 TV presenter, radio DJ and now a marathon runner Miquita Oliver looks like she celebrated well on the finish line. 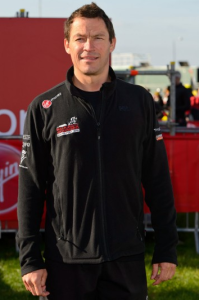 4.43.47 Dominic West of The Wire fame was running with the Commonwealth Team who trekked to the South Pole for Walking with the Wounded – you know, that trek that Prince Harry did. 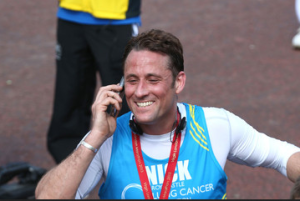 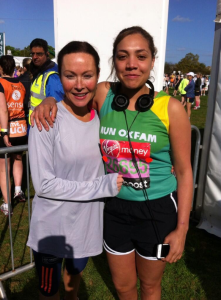 4.35.35 Amanda Mealing is in Casualty or Holby City can’t remember which, they’re the same thing anyway right? A breast cancer survivor she was running for Breast Cancer Care. 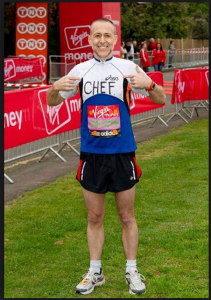 4.34.22 We love Michel Roux Jr, he’s run around 20 marathons and said he used to stick to strict training schedules to make sure he came in under 3.30 but he’s not so bothered anymore. 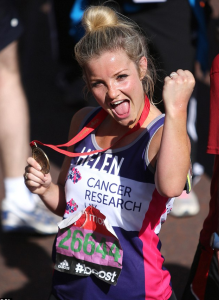 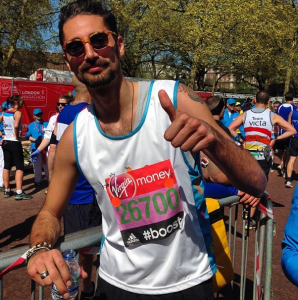 4.17.51 posh boy Hugo from Made in Chelsea said on instagram, ‘Hardest thing ever but delighted to have competed the #londonmarathon in 4 hours 11 mins’. The official results seem a bit different but we’ll let him off. 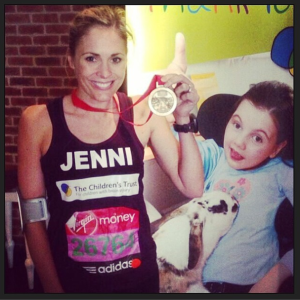 3.57.32 Not a PB for Jenni Falconer but she still got round sub 4 saying she nailed the first half but burnt out in the second. 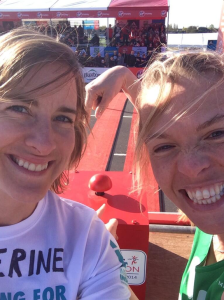 3.55.59 She’s an Olympic gold medal winning rower and Katherine Grainger‘s not too bad on the road either. Her skull partner Anna Watkins came in just after at 4.00.40.

3.50.57 Natalie Dormer is the girl that’s about to marry Joffrey in Game of Thrones. Dubious taste in psychopathic husbands, but not a bad little runner. 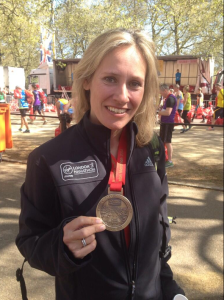 3.48.02 Newsreader Sophie Raworth is a keen runner, this was her fourth marathon. In 2011 in London she collapsed with heat exhaustion three miles from the finish line and was unconscious for 20 minutes, she went on to finish in 6.22.57 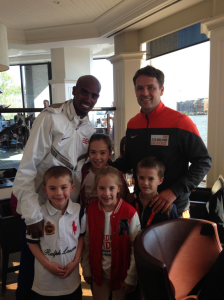 (Bloke on the left looks familiar) 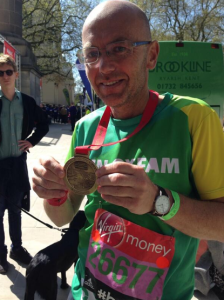 3.30.30 The fastest of the marathon running celebrities (well the ones we’d heard of anyway, apparently some bloke from Eggheads did 3.16) fashion designer Wayne Hemingway got a nicely symmetrical 3.30.30, his daughter Tilly also ran, coming in 15 mins behind her dad at 3.45.19.

These protein packed blueberry muffins make for a perfect on the go breakfast. We love chucking them in our gym bag for scoffing in the…