Yeah it’s quite late into the month but we’ve been busy, soz. Hopefully this plethora of amazeballs June fitness events will make up for our tardiness.

Frame on the Move 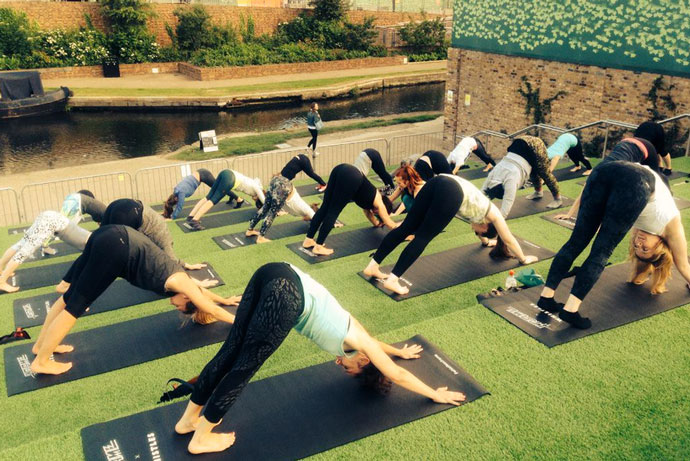 Bag yourself a good old dose of vitamin D, everyone’s favourite hipster studio is heading outdoors for the summer. Every Wednesday, Frame will be in King’s Cross with hour-long Frame Barre classes at 7.30am on the canal steps at Granary Square, and body weight classes at 18.30 at Lewis Cubitt Square.

No weather-based excuses, there’s a canopy option for rainy days.

FREE
‘Yoga and Meditation’ and ‘Mindfulness in Nature’ sessions 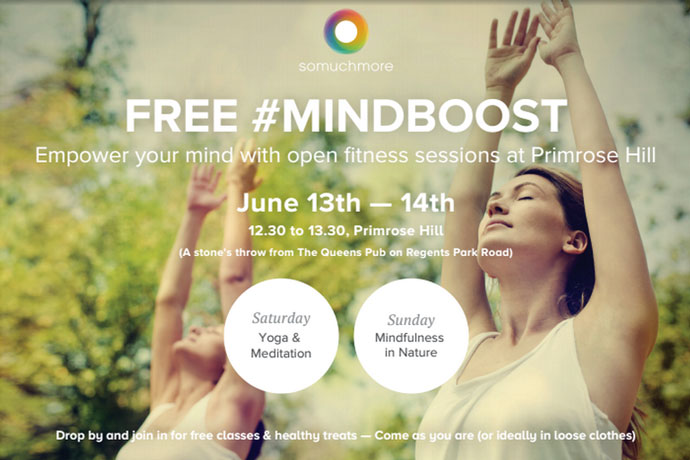 Somuchmore are hitting Primrose Hill this weekend with some fab free sessions. On Saturday there’s an hour of wild yoga and meditation followed by free healthy goodies, and on Sunday it’s something called ‘Mindfulness in Nature’. We don’t know exactly what this means, but apparently it’s all about relaxation and heightening your senses, which sounds rather lovely. We’re hoping to cycle over on Saturday (hangover permitting) so hopefully see you there. 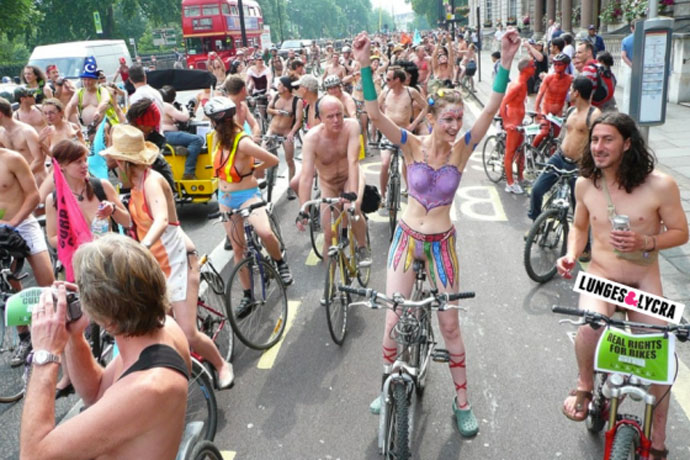 Well at least they’ve got good weather for it. It’s Naked Bike Ride day in London, where hundreds of cyclists go ‘as bare as they dare’ and pedal through the streets of our fair capital to protest against car culture and oil dependency or something like that. Mmmm, hope they clean their saddles. Want to join/gawp/avoid, more details here worldnakedbikeride.org

FREE
Yoga in the Sky

17 and 24 June and 1 July. 6.30am
The Sky Garden, Fenchurch Street
facebook.com/lululemoncoventgarden 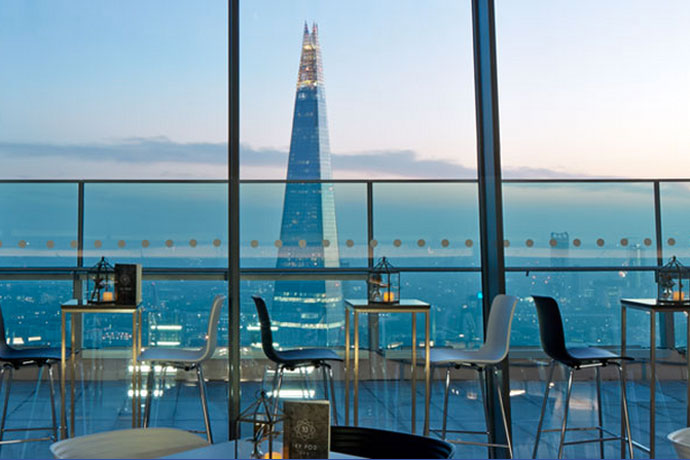 Darn it, unsurprisingly, these amazing sessions are waiting list only now. Lululemon are collaborating with the Sky Garden to put on four sunrise yoga sessions with views across London. There are only 50 places at each and they’ve gone like hot cakes, but put your name down and cross your fingers, you never know.

Lululemon also offers free yoga instore every Sunday (they’ve got capoeira on the 14th!!) with some of London’s best teachers, check out this link for upcoming lululemon classes.

After their complimentary yoga class for runner’s was such a big hit last month, those lovely people at hot yoga studio Fierce Grace Brixton have put on another – for the bargainous price of a fiver. Proper cheap.

Designed to be educational and fun, you’ll learn the best stretches and poses to loosen those hamstrings and hips and reduce the risk of injury.

Our mate Frankie Holah has launched some spanking new women’s only bootcamps for summer. With bodyweight exercises, calisthenics and partner work, they’re fun – and she’ll help you learn to finally master a pull up!

Held on Clapham Common on Tuesdays at 18.45 and Wednesdays in Brockwell Park, Herne Hill/Brixton at 6.30am, the hour long sessions are £10 drop in or block book to get them on the cheap.

Join The Tribe, female only bootcamp

Tuesdays at 18.30, Wednesdays at 06.30
Clapham and Herne Hill
frankieholah.co.uk 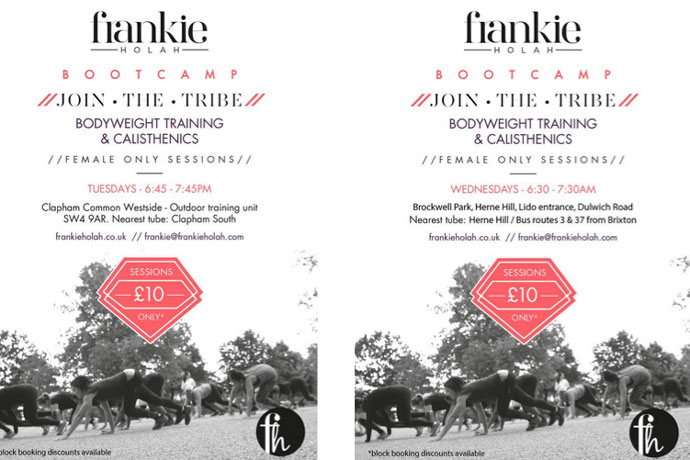 Our mate Frankie Holah has launched some spanking new women’s only bootcamps for summer. With bodyweight exercises, calisthenics and partner work, they’re fun – and she’ll help you learn to finally master a pull up!

Held on Clapham Common on Tuesdays at 18.45 and Wednesdays in Brockwell Park, Herne Hill/Brixton at 6.30am, the hour long sessions are £10 drop in or block book to get them on the cheap. Email frankie@frankieholah.com for more details

Fans of cheap outdoor gear, fitness kit, and South London… rejoice. Decathlon is opening a branch in Wandsworth on 19 June.

Keep an eye out for runner’s need women’s event series next month. Expert training, nutrition and injury prevention. There are four events, all in London. They’re FREE but you need to book.

Know of anything cool happening in July? Don’t keep it to yourself, email charlotte@lungesandlycra.co.uk – promise we’ll get our listings up on time next month!

We’ve been sporting a few different pairs of runners this month, from super-light Saucony Kinvaras to the female-specific Puma Faas 600S, and Liberty-print Nike…