In the first of our triathlon blogs, student Hannah Melville tells us why on earth – as a self-confessed ‘not naturally athletic’ person – she thought signing up for a 2.4 mile swim, 112 mile cycle and 26.2 mile run was a good idea. 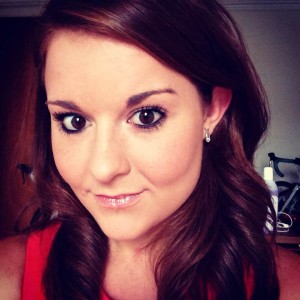 Things I learnt this week: Never tell a personal trainer you don’t want to sweat as you haven’t got time to wash your hair before going out. You’re pretty much guaranteed a session that has you reaching for the sick bucket. Cheers for that, Ollie!

I’m not a naturally athletic person
I may be training for an Ironman but sport and exercise haven’t always been a major part of my life. During my early teenage years, boys and horses were my main focus and if you had told the 16-year-old me that one day I’d sign up for an ultra-distance triathlon, I would have been as impolite as to laugh at you.

I used to be the girl with too much make up in the gym
My first trips to the gym were purely for vanity reasons, sometimes I would be ‘that’ girl wearing too much make up on the treadmill, and until around two years ago I would count my cardio workouts in terms of calories burned rather than distance travelled or time done. How things have changed. Gradually I realised that it wasn’t all about calories. I discovered my performance was much better if I fuelled efficiently and training well gave me much more satisfaction than burning off the equivalent of a chocolate bar. Now exercise is mainly done outdoors and I no longer think of it as going for a cycle to tone up the thighs, I think of it as training. The thought process of ‘I need to work out today in order to not get fat’ has shifted to ‘I need to train today so I can achieve what I set out to do’.

Hannah may have a slight addiction to trainers

So why choose something as extreme as an Ironman?
I was doing a huge amount of training with no real direction and my boss at Sweaty Betty suggested entering a triathlon.  Iwanted to do something that scares me and excites me at the same time, that pushes me to breaking point and that at the end of it hopefully makes me realise that anything is possible if you just work your ass off. That’s why a chose Ironman. Signing up for it was fuelled more by my passion for cycling and running and my overly competitive ego than any sort of rational thought. Sometimes it’s just a case of finding your metaphorical balls.

Am I mental?
Ironman is not only regarded as a monumental physical challenge but also as a massive mental challenge, which is where my lack of natural athleticism comes in handy. Because it doesn’t come easily to me, it makes me want it more and when you are at that physical breaking point, where everything hurts and you just want to cry, that’s where the hunger and the desire to be successful kicks in and gets you over the finishing line (hopefully!).

Fitting in the training
While the desire to do an Ironman is neglecting all sort of rational thought, the structured training and nutrition plans more than make up for that. There is so much literature available on training that, without guidance, it can be hard to know what to do. I have a friend whose father has done over 20 Ironman races and said friend is also doing his first one this year too, so he is a fountain of knowledge and a useful training partner. There’s no mistaking though, it requires a lot of dedication. I have been training for my Ironman for officially the past two months but unofficially for about a year and that’s off the back of already being fit.

When it comes to fitting training into an already busy schedule it is important to remember that in the constant battles of life versus training sometimes life and those short 24 hours in a day wins. The key to not getting too overwhelmed with the volume of training you need to do is to be realistic about what you can fit into every day and realise that some days it’s not going to be a lot. Constantly missing scheduled sessions (even if they were unrealistic in the first place) does nothing for your moral.

Over the next 20 weeks (eek, absolutely terrifying thought) I will attempt to give you a glimpse into what I suspect will be one of the toughest things I have ever done and I will try and do it all without having any significant breakdowns.
Wish me luck! 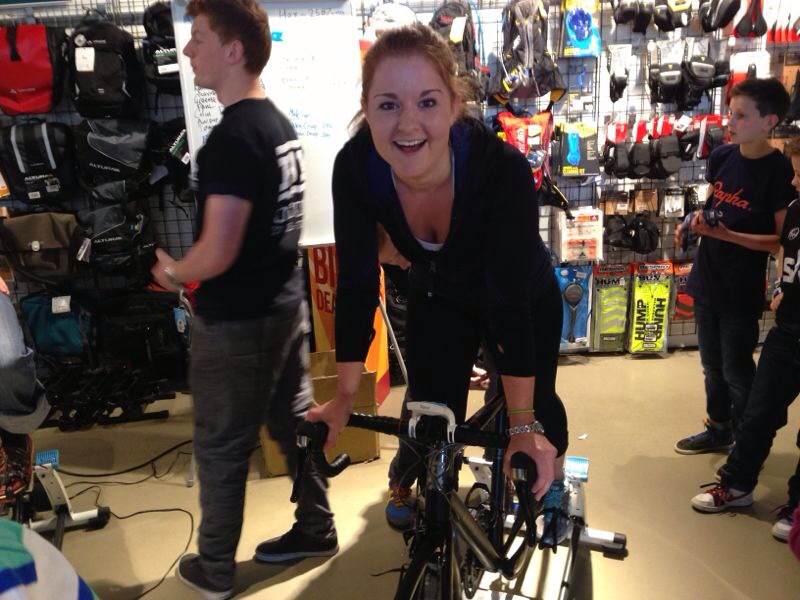 Here’s a 20-minute Kettle Bell session you can do in your lunch break.