Last week Hannah did it for the girls and overtook all those annoying guys in aero helmets to come an amazing second placed female in the Morpeth duathlon. So why doesn’t she see herself as an athlete? We certainly do, Go Hannah!

This week’s training started slow but finished strong. Monday was a rest day and – apart from losing a shoe on a muddy trail run – the rest of the training week was fairly standard. But my strong finish came at the weekend in the form of a duathlon. Not really having any expectations about time etc, I was amazed to find discover just how strong I was. I came in second and picked myself up a couple of trophies! So chuffed.

I had an okay first 7.2km run, not my quickest but having had a pain in my shin all week, I didn’t want to push too hard as I knew I had to get off the bike and run 5.9km after. But the 40km bike was where I did some damage, and by damage I mean damage to the rankings.

I rarely cycle with another human being, it’s a solo thing for me, which does mean that I have absolutely no idea if I am going fast or slow in comparison with other cyclists. I guess I got my answer yesterday. Being overtaken once over 40km (he then became my pace marker and I tried to keep within 20m of him for the rest of the race) and overtaking guys with aero helmets and Ironman tattoos on their calves, makes you think bloody hell I guess I ‘m not quite the performing monkey on a tricycle I thought I was. Just as well really as I am off on a cycling road trip next week with five other women… one of them being Marianne Vos (yes, that is the Marianne Vos that has won multiple world championships across cycling disciplines and is an Olympic gold medallist). 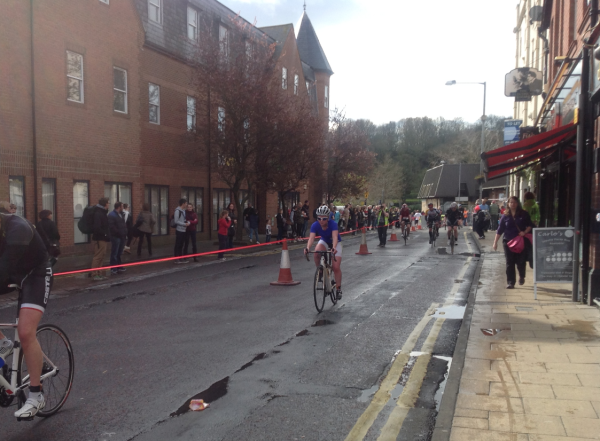 Having a solid and very hilly cycle meant that the first lap of my second run was pretty poor and as soon as I hit the first steep gradient I wasn’t sure if I was actually moving anymore. My legs started to loosen up in the second lap and in the third they felt normal again, which was a shame as that’s when the race finished.

I said to my mum that I like it when I get to the finish line and men who look like athletes are finishing behind you. Her response was ‘So you don’t think you look like an athlete then?’ My response was ‘no mum, I think I look like a chubby try-harder.’ She just laughed but I guess somewhere in the back of my head I still have the thought that I shouldn’t be among these people, I shouldn’t be overtaking guys with aero helmets and I shouldn’t be coming second in races.

Having a good half marathon performance I thought that my running was comparatively better than my cycling, this is not the case. All I need to do now is get my swimming up to a level where drowning in my Ironman isn’t a very real possibility and I should survive my big race… fingers crossed anyway! 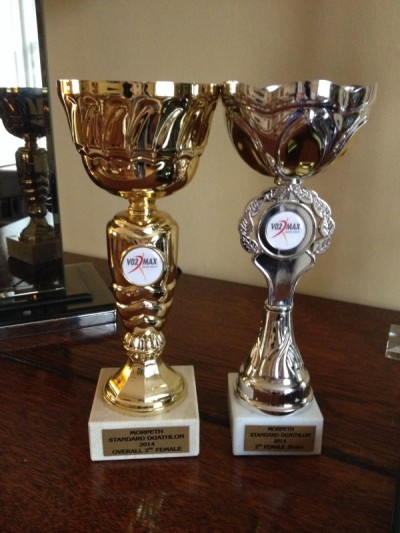 40 mile cycle
Half-hearted attempt at some yoga and stretching

After losing 14 stone Abi is tackling her first marathon, but says she wouldn’t be where she is today without the overwhelming support of…