When it comes to training for endurance events, sometimes life just gets in the way. Hannah tells us why she’s been neglecting the training recently and how she’s planning to get back on track, starting with her first attempt at an open-water swim. 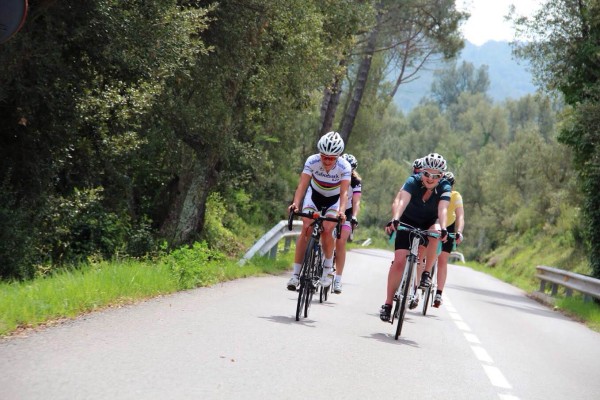 I’ve been a bit quiet on the blogging front recently. And radio silence generally means I’m avoiding something. My lack of blogging has been because I don’t want to face up to just how terrible my training has been recently.

Gravity dictates that what goes up must come down and it’s been the same with my training. Cycling in Spain with world champion Marianne Vos was a massive high, but returning to Scotland and being faced with six exams at uni brought me crashing back down to earth. With the crash came some damage – lack of motivation, energy and time have been killing my training recently.

As someone who really only trains on my own, I’m not accountable to anyone and if I don’t train, no one knows about it and it hinders no one else’s training. The problem is though, that I know about it  – and my thighs certainly do too! That’s why blogging is great – it means you feel accountable to someone other than yourself. Knowing how badly my training is going is bad enough but writing it down and admitting it to the world is another thing altogether. Not writing a blog for a few weeks was a way of burying my head in the sand.

However, exams are now over and I have no excuses not to train like a pro so expect some spectacularly action-packed blogs in the next nine weeks until ironman! NINE WEEKS… holy smokes!

While I may be a bit down on myself for not keeping on top of my training, I do want to give myself a pat on the back too. I bucked the trend of going out after my exams and getting smashed/hammered/inebriated/trollied or whatever you want to call it and celebrated finishing by going on a long cycle ride instead! I felt that would reinstate my dedication to training. 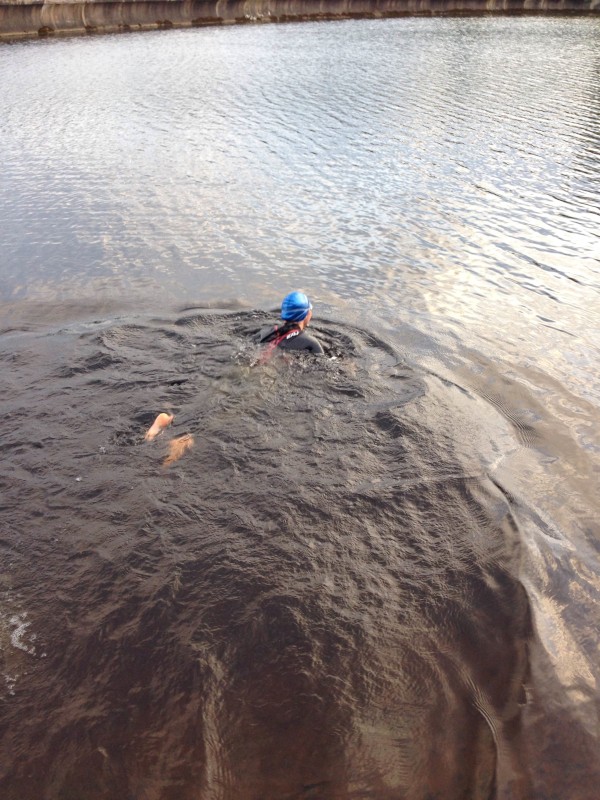 I also attempted open water swimming for the first time. Not quite so successful. By attempt I mean I donned a wetsuit, procrastinated getting into the water by pretending to be a mermaid, procrastinated some more and eventually made it in. It was freezing! Scottish reservoirs in May are far from tropical. I then freaked out at silt on the bottom of the shallows, a fish that touched my foot and, since I was accompanied by my mother who was bored and hungry, decided this was the perfect excuse to just paddle around for a couple of minutes before getting out. I’m heading back for a second attempt this week, but I’m going prepared! This time I’m taking the boyfriend and a kayak. I would rather drown than chicken out in front of him – I’d never hear the end of it – so big balls are going to have to be grown in the next couple of days!

I’d like to finish on a positive though. If there’s something to be taken from the past month, it’s that things do get better. Try not to stress about things not going well as, eventually, the tunnel will end and you will be back in the light, rose tinted glasses can go back on and your goals once again seem reachable. Training, come at me!!!