We all know how it goes, you arrange to meet up with your mates and three bottles of wine later you’re kind of regretting the pub. It doesn’t need to be thus. These four meet-up ideas are gentle enough to leave you time to talk, but healthy enough to leave you with a satisfying feeling of smug.

1. Standup Paddleboarding along the Thames 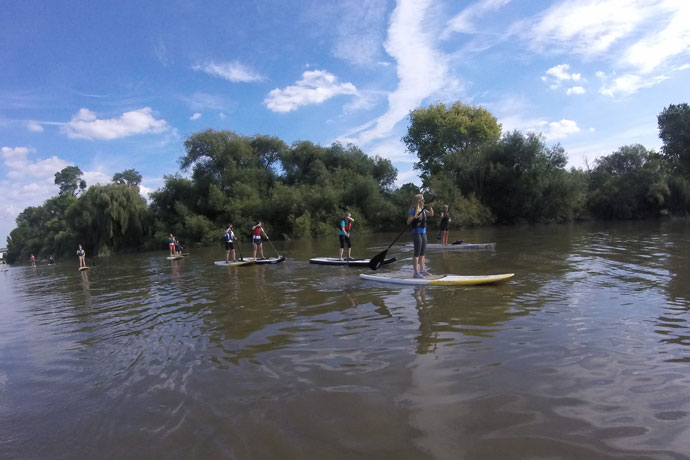 The other week on one of the final sunny afternoons of summer, I went along to Kew Bridge with a group of bloggers – invited by Tenderstem broccoli who have a new campaign #do something different – to paddleboard down the Thames. Now I’m a city person, but floating along the river, surrounded by trees, hardly a soul in sight was pretty darn magical.

We bonded over our wobbly balance, daring to stand up and our complete inability to go in the right direction, but we soon got the hang of it. Even the most nervous among the group were standing up and paddling like pros within half an hour.

Active 360 run regular weekend trips along the Thames to Putney or Richmond depending on the tide, and you get to pull up and enjoy a floating lemonade before turning and heading back to base. There’s plenty of time to chat but you also get a good workout – while I thought it’d be my arms that ached the next day, it was actually my quads and core from keeping balance (particularly when passing boats sent waves our way). It was one of those perfect afternoons where you’re smiling for hours afterwards and on my way back to the office I wanted to stop people everyone I saw in the street and tell them to give it a go.

According to the ever-reliable weathervane that is The Metro, we’re due a few weeks of late summer sun, so get yourself booked in, you won’t regret it.

2. Yoga in the Shard or Yoga Brunch at Buddha Bar

At £55, it’s not cheap granted, but think how much you’d spend on a few cocktails and dinner and suddenly it’s a bargain – plus Yogasphere plants 10 trees for every client that comes to a session. You meet in Kensington’s swanky Buddha Bar on a Sunday morning – at a very agreeable 11am – you’re greeted with a healthy juice to get the day off on the right foot. It’s then downstairs to a private room for a one-hour yoga session. Leo, who led our class, was a really great teacher as he didn’t take things too seriously, there were jokes and chatter between asanas and no weird chanting – my favourite type of yoga.

My tip, sit on a table with people you don’t know, me and Em got chatting to some really fun people. If it’s sunny head over to Hyde Park for a walk after, or spank the plastic in Harvey Nicks if that’s more your style. 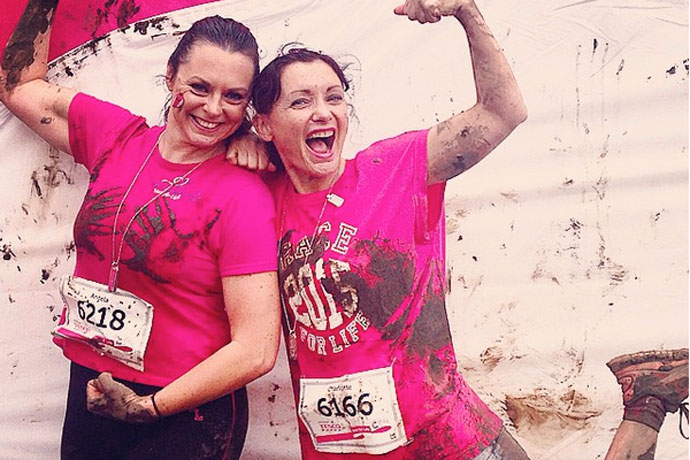 The trainers and leggings went straight in the bin

Racing, my friends, doesn’t have to be all about the PB. Forget about times and take on a sociable jaunt with your mates and just do it for a laugh – dare you.

Earlier in the summer, me and my mate Ange took on the 5k Pretty Muddy obstacle race from Cancer Research. It’s a great one for groups of different abilities as it’s not trying to be the toughest, hardest, maddest race out there – it’s all about taking part. The obstacles including mud slides, cargo nets and tyres aren’t difficult but they add laughs – and mud – to a sociable run. And getting dirty with mates, rolling around in muck like kids, and smearing mud on your face is always going to be fun.

Plus you can go for brunch after – long as you take a change of clothes! 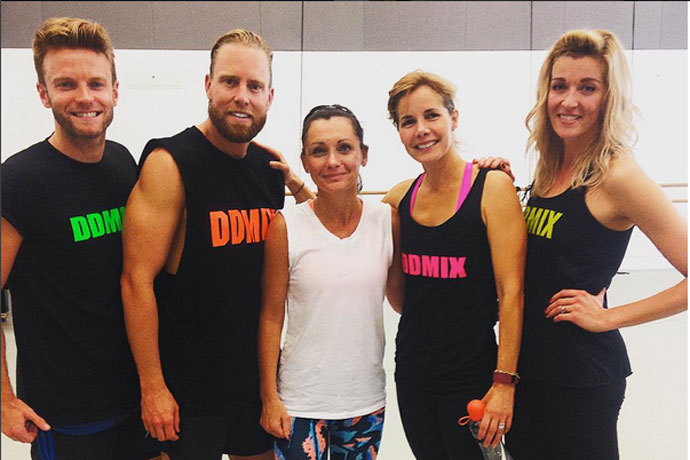 You know, just chilling with Darcey

Dancing doesn’t have to be in a club. If you’re feeling inspired by Strictly, this new class, devised by Darcey Bussell and fellow dancer Nathan Clarke, takes you through loads of different dance styles with easy(ish) to follow choreography.

I tried it at the home of British dancing Rambert, although there are classes across the country. I was in a studio with loads of professional dancers, some other norms and Darcey (surprisingly tall, much more beautiful than on TV and a great laugh) herself at the front teaching with other instructors.

I don’t mind saying I was shit, and being on my own I thought I’d feel stupid, but being shit was the best part. Trying to exude sexy as you salsa and not looking ridiculous as you line dance is funny enough on your own, do it with some mates and you’ll be pissing your pants. See also dance workshops at Frame.

Next I want to try trampolining at the 300 square foot trampoline park Oxygen Freejumping in Acton, who’s up for it?

TomTom’s new Runner and  Multisport watches look pretty swish, but are they any cop?