Join a club. Your running will improve. Fact. Worried you’re too slow? You’re not. Most clubs cater for all levels, they’re all really friendly PLUS lots of them are free. Here are our favourites

We’re big advocates of running clubs at L&L, having vastly improved our speed since we joined (14 minutes off a half marathon time thank you very much), made loads of new friends, discovered new routes and geeked out over running kit with like-minded people.

Going to a club for the first time can seem a bit daunting, but don’t worry, not everyone there runs ultras before breakfast. Many will be new too, and it’s very unlikely that you’ll be the slowest. As long as you can cover the stated distance, even if you run/walk, you’ll be fine. And if you are the slowest, you’ll soon discover no one will leave you behind. At our running club (SRC at Sweatshop Clapham North since you ask) someone from the club will run at the front, another at the back and they will go at the pace of the slowest and fastest runners, meaning no one gets lost en-route – well, err, not very often anyway.

Not convinced? We asked the biggest running geek we know, running boy Sam (@samuelfaster), for some of the benefits of joining a club.

For the Girls – Boutique Run After Dark

This new pop-up running club starts at 6.30pm on 29 October and runs every Monday for six weeks. It’s girls only so if you’re worried about getting sweaty in front of lads, you’re sorted. Meeting at Whole Foods Market in Piccadilly Circus, the 7km route takes in Hyde Park and the Serpentine. You finish at Whole Foods for nibbles which, being greedy, we think is a fabulous idea. To register for the run email info@boutiquesport.com 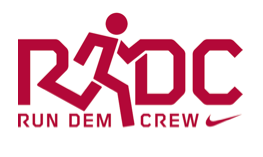 We must admit, we’ve never been to RDC as we didn’t think we were cool enough. Then we met some of them and found out they’re really rather lovely. Founded by Charlie Dark, a writer, DJ and poet, RDC think of themselves as a family rather than a club. They run from East London (Shoreditch) on Tuesdays, be there for 7pm, and West London (Paddington) on Mondays at 6.45pm. There are five different groups for different paces and distances. Phenomenally popular, you need to get in quick to grab a place for the new season, starting on 1 November. 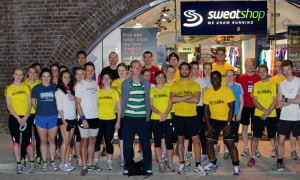 Sweatshop has running groups across the country, all you have to do is find your nearest store, register on the link above and turn up. Many of the shops have more than one run a week: Clapham North runs 5km on Mondays at 7pm and 8km Wednesdays at 7.15pm. When you turn up you get a reward card that’s stamped each time you go. Five stamps and you’ve earned your yellow and black stripes – a lovely Adidas SRC T-shirt. The real reason we love SRC at Clapham though is the social aspect: leader Tim gets HobNobs in at the end of the run, then we all go to the pub. Having the support and company of other runners really helped us through our first marathons last year. SRC rocks! 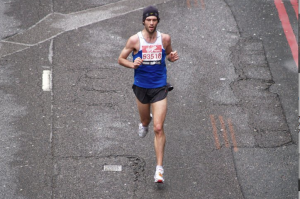 Our mate Sam (the running guru above) is setting up a new running club from Runner’s Need, the shop he manages in Camden. Starting on 31 October, yep Halloween, the plan is 7pm start every Wednesday for an 8km run. He’s a smashing man, knows far too much about running, super-enthusiastic about it too. He also promises that there will be post-run pub drinks. Likes a drink our Sam.

The big one – Nike+ Run Club

There are around six Nike+ Run Club venues in London (it changes depending on the season) and more across the country, making them the UK’s largest running club. The most central goes from Niketown, Oxford Circus, at 6pm on Tuesdays with a women’s only run at 6pm on Thursdays. There are three distance options of around 5km, 6km and 11km, led by pacesetters. Nike are pretty good at giving away free T-shirts at their clubs and events so it’s worth turning up for that alone. For a full list of venues visit the link above.

Any other good clubs we should know about? Mail us: emma@lungesandlycra.co.uk

The budget supermarket has a whole range of new fitness kit you can put in your basket. But is it any good?