Yeah, yeah, we know it’s all about the taking part and there’s no such thing as a good time, just a good time for you. That said, it’s always nice to know if you can smash a Cheeky Girl over the marathon distance eh?

While we were disappointed that Bobby Norris from TOWIE failed to make it to the start line, this was more than made up for when we heard that Arg from TOWIE’s sister Natasha broke a world record. 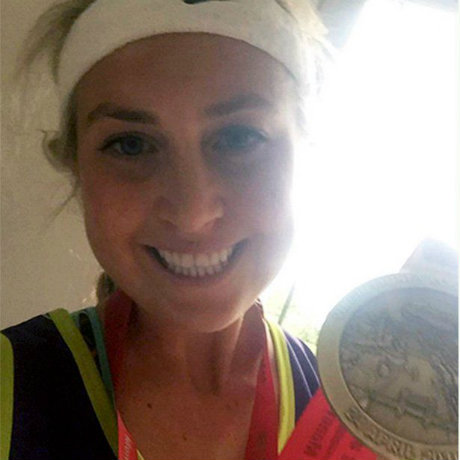 Tash started well, reaching the 20k mark in two hours and 17 minutes. We can only presume she then necked some turbo strength gels, because she found a huge burst of speed and went on to cover the next 20k in just under an hour, less than four-minute miles – that’s faster than the winner of the race, faster than Mo Farah, and a new world record. She’s got to be a shoo-in for Rio right? Unless of course she had a faulty chip, hmmm.

Here’s how some other vaguely famous people got on 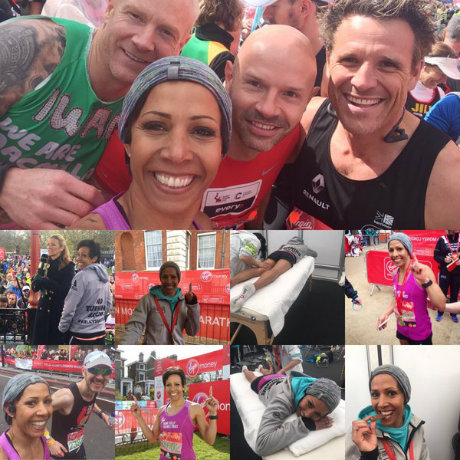 Kel thought she’d finish in around 3.30 but the 46 year old blew her prediction out of the water in her first ever marathon. She said listening to a bit of Prince at mile nine helped her get round. 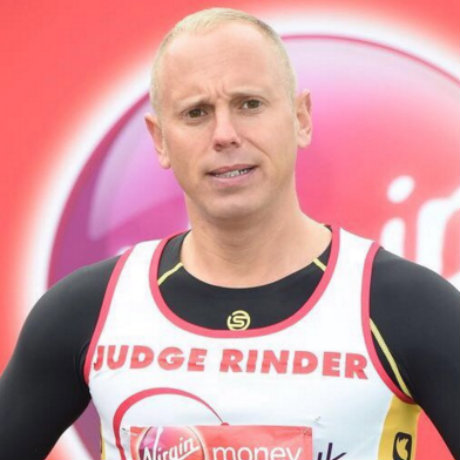 The Jeremy Kyle of the judicial system, daytime TV’s favourite judge finished in a highly respectable 3:16:07.

You know, he’s that guy off Eggheads? No? Well, he’s quite a fast runner. He finished in 2:58 last year and was on for 2:55 until he fell at mile 16 and suffered a small fracture in his pelvis. Hardcore. Incidentally, our friends from Run Camden went on the quiz show earlier this year. They didn’t win. Maybe they should’ve challenged the Eggheads to a race instead of a test of general knowledge, they might have stood a chance. 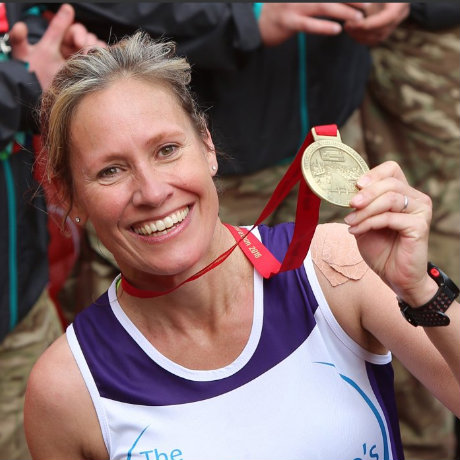 Yay, Sophie! The newsreader is always on our celeb marathon round ups, she seems to run every race going. London was her seventh marathon and she got a massive nine-minute PB. Boom shakalak! 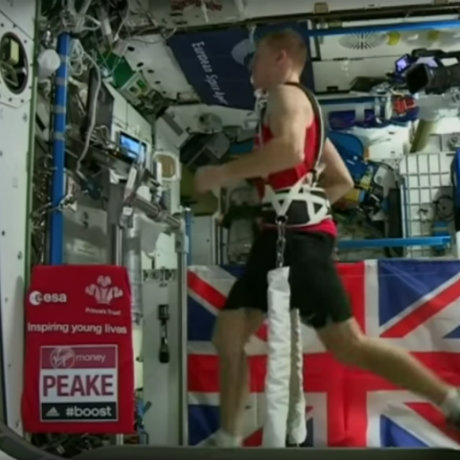 The astronaut completed the London marathon on a treadmill while circling the earth. He now holds the record for fastest marathon in space, because, yes, someone has done it before. Astronaut Sunita Williams ran the Boston marathon in four hours 29 minutes on NASA’s space station in 2007. Apparently, she also did a triathlon up there?! 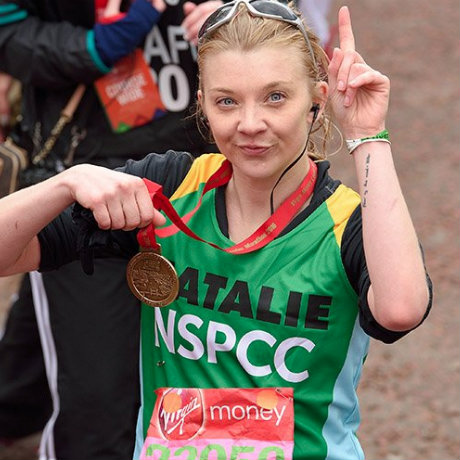 The Game of Thrones and Hunger Games actor was hoping to beat her 2014 time of 3:50:57 but came in just over. She said she was a bit peeved about running 30 seconds slower but ultimately doesn’t ‘give a f***’ what her time was as it was all about raising money for Childline. Nice one Margaery. 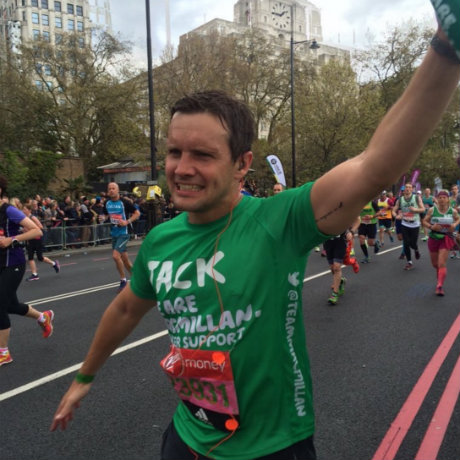 If you watch Call the Midwife, you may recognise Jack as he plays the vicar. If you don’t, you probably won’t have a clue. Anyway, he sneaked in sub four. 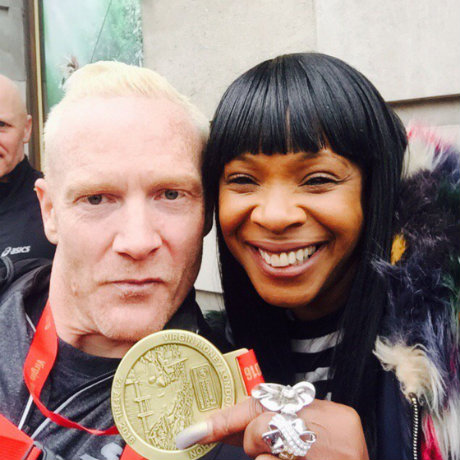 Ah, got to love Iwan. This was his seventh marathon. He said beforehand that he was getting slower each year as he always went off too quickly like ‘an idiot’ and liked to stop for a roadside pint. This year though, he equalled his 2008 PB of 3:58.

This was the ex-Made in Chelsea star’s first marathon and she worked with ex-Gladiator Hunter to get fit for the race. We recognise those leggings, they’re Asics. 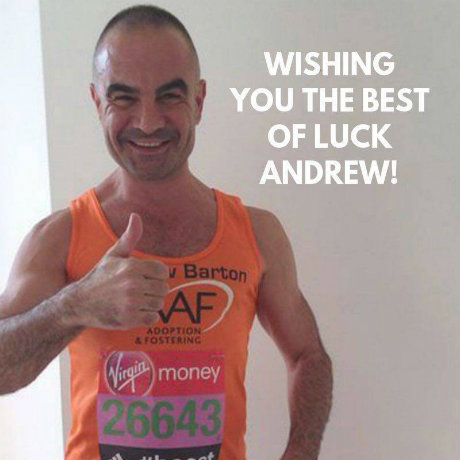 Sleb hairdresser Andrew is adopted and was running for adoptive charity Coram. 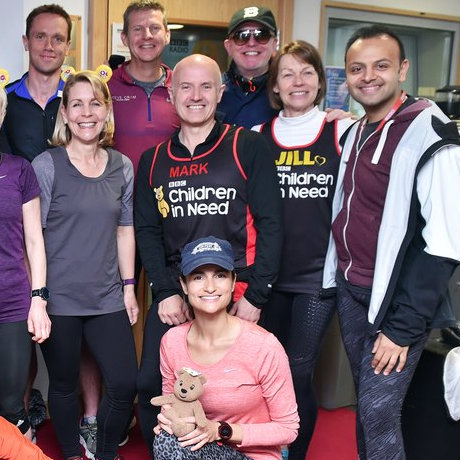 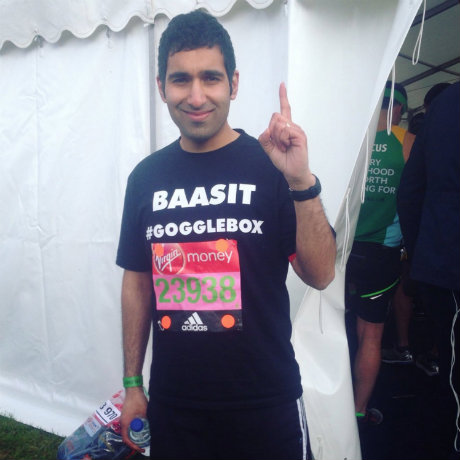 Baasit is one of the Siddiqui family from Gogglebox (surely THE BEST Googlebox family). This was his first marathon and he said he couldn’t express how humbling it had been. Aaaah. 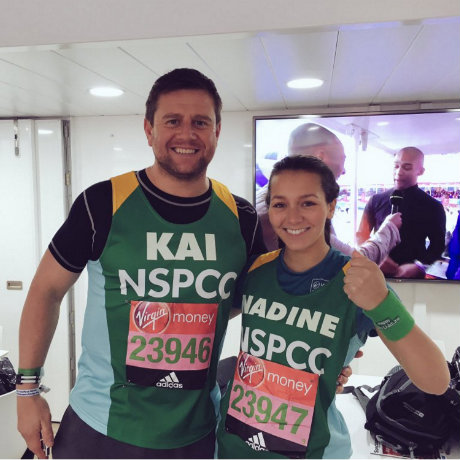 Some people from Hollyoaks that you probably won’t recognise if you’re over 17 finished in:

Eric Pollard off of Emmerdale has run the marathon loads of times before so has nothing to prove. 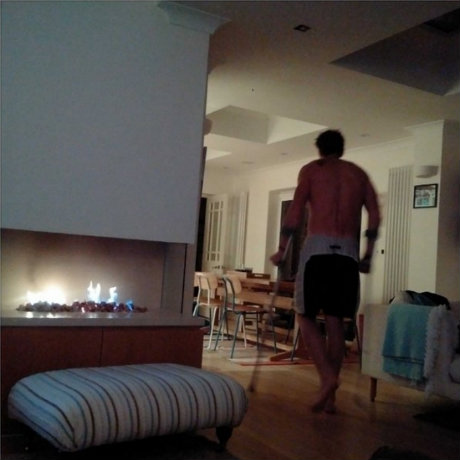 Poor James Cracknell, the ex Olympic rower, who was aiming for 2:50, went through the first half in 1.25.55 but then a hip injury kicked in and, knowing it wouldn’t last the distance, he made the ‘hard but ultimately sensible decision to fight another day’.

Fancy taking part next year? The Virgin London Marathon 2017 ballot opens on 2 May 2016

Sorry, sorry, it’s late again but I’ve been busy lying on a beach. There are loads of cool October fitness things going on to…