The best times in your menstrual cycle to ace endurance exercise, lift weights, quit smoking, write a novel, and rollerblade along a promenade in hot pants. (The hot pants thing might be a lie.)

Periods, no one’s ever going to say they’re fun. But the hormonal changes can have some surprising effects throughout your cycle. Here are some of the key times to look out for.

1. The best time to hit the gym

While it’s temping to binge watch netflix surrounded by doughnuts, the best thing you can do when you’ve got you period is get off your ass. Research from Tampax Compak Pearl says that more than a fifth of women skip the gym when they’re on, but exercise is proven to boost your mood when you’ve got PMS, and tackle cramps once your period hits.

2. The best time for endurance exercise

Your menstrual cycle can even have an effect on your VO2 max during exercise. Your lung capacity can be better later on in your cycle, so from around days 18-24 you may well find you have more stamina for longer runs and endurance exercise.

3. The best time to quit smoking

If you’re trying to give up smoking to improve your health, two weeks before your period is when you’re most likely to be successful – all down to high levels of oestrogen and progesterone apparently. Meanwhile, pesky hormones mean straight after your period is when those nicotine cravings will be at their strongest.

4. The best time for strength training

After your period and before ovulation (around day 14) your testosterone and oestrogen levels rise and it’s the best time to hit the weights. You’re more likely to gain muscle and reap the results of strength training in the early stages of your cycle than the latter. True facts.

5. The best time to pull a hottie

You can buy a new dress and get your hair all did and that, but research suggests your attractiveness to the opposite sex is mainly down to biology. Men rated women at their hottest when they were at their most fertile – around days 11-15 of the cycle.

Watch out for a bit later on in the month though, around 7-10 days before your period is when you’re most likely to get skin break outs. Flare ups should calm down as soon as you start to bleed though. Swings and roundabouts eh?

6. The best time to write your first novel

Research says women are at their most creative in the two weeks after their period. All down to oestrogen and something called luteinizing hormone

(nope, us neither). Good excuse to get out the paints and indulge in a bit of ‘am dram’ though. 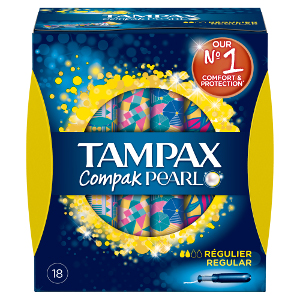 This post is produced in association with Tampax Compak Pearl available at all major retailers RRP £1.99.

For additional information on Tampax, please visit tampax.co.uk or Facebook.com/tampaxUK

You’re chilling out with your mates having a picnic in the park, perhaps a couple of tinnies, when someone suggests a game of volleyball….