Joining the trend for specialist no-contract gyms – think 1Rebel, Boom Cycle and the like – High Street Kensington’s Core Collective has been steadily expanding its offerings since its launch in May this year. There are now four classes on its roster: Velocity, Resistance, Accelerate and Power Yoga – roughly translated as circuits, TRX, spin and, well, power yoga is pretty self explanatory. Newbies can get an introductory offer of three classes for £30, and it costs £28 for a single class thereafter – if you buy a block then reduce the cost per class. It might sound pricey, but given the facilities and the amount of calories you’re likely to burn, you’re guaranteed a quality workout.

What’s more, it’s also recently joined with CPRESS (known for its tasty juices) in the upstairs cafe to make sure you can replenish whatever you’ve sweated out. From acai bowls, to soups, to protein waffles and superfood smoothies, it’s basically got all macros covered.

We were lucky enough to go along for a taster session of Accelerate and Velocity, just about making it through 25 minutes of each one. Both incorporating HiiT, they’re a surefire way to torch through some calories – a full-length class usually lasts 45 minutes, so it’s a really time effective way of training.

Like a lot of stationary bike classes, Accelerate takes place in a dark room – Core’s has some incredible lighting that’ll make you feel like you’re inside a disco light – with a suitably loud, pumping soundtrack to keep you going and make you pedal to the beat. With a computerised screen, your instructor will tell you what resistance percentage to set your bike to, often ramping it up when you least want them to. The great thing about this – although it might not feel so great at the time – is that there’s simply no hiding how much work you’re putting in – with more Luddite bikes you’ll just be told to gauge for yourself how difficult you want it, but here the instructor is in control. This, paired with a mix of resistance climbs, sprints and periods spent hovering your chest over the top of the handlebars to work your arms and target your glutes, and you’ll have a job walking in a straight line when you’re eventually allowed to dismount. 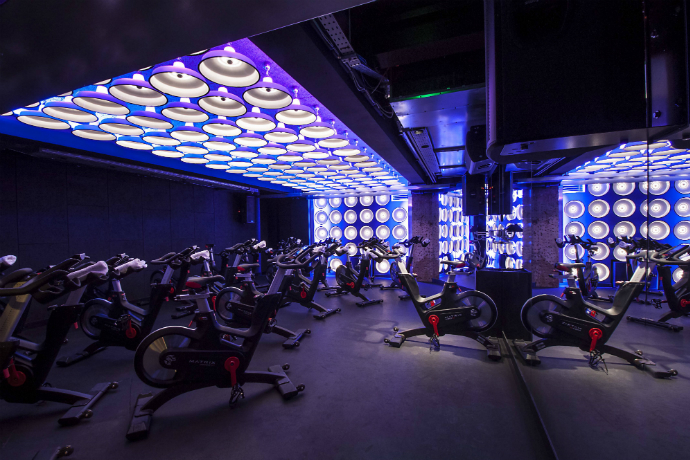 As for Velocity, you’ll be shown into a room with a set-up of fairly intimidating 50 Shades-esque equipment – what exactly is that hanging resistance band for? – but that’s the least of your worries. Starting off with a gruelling three rounds of a circuit that targets your legs and core with the likes of burpees, press-ups, squats and lunges, you’ll be suitably warmed up for taking on the apparatus. Think full body rope slams, tyre flips, high knees sprints against the resistance band (nothing dodgy, then) and weighted box jumps – you’ve got to give it your all while you work before being rewarded with a short break as you move on to the next exercise to really get the benefit. And with training like this, there are a lot of benefits to be had. 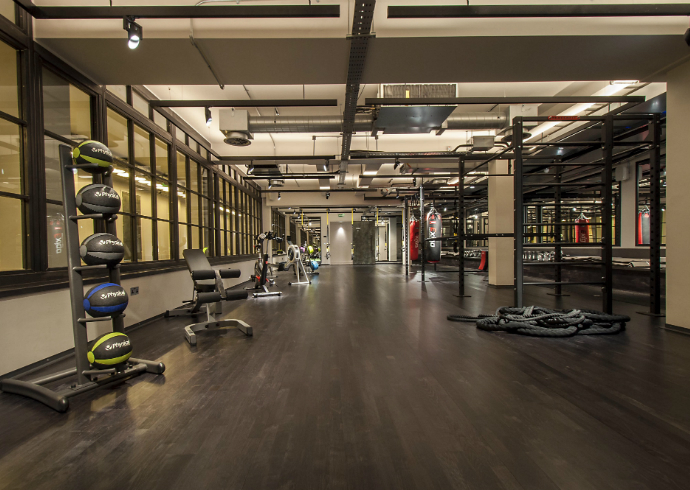 To sign up to the intro offer of 3 classes for £30 head over to the Core Collective website here.

Sweaty Betty invited us to be part of their exclusive new blogger collective, The Fit Crowd. Now they want us to share the love….